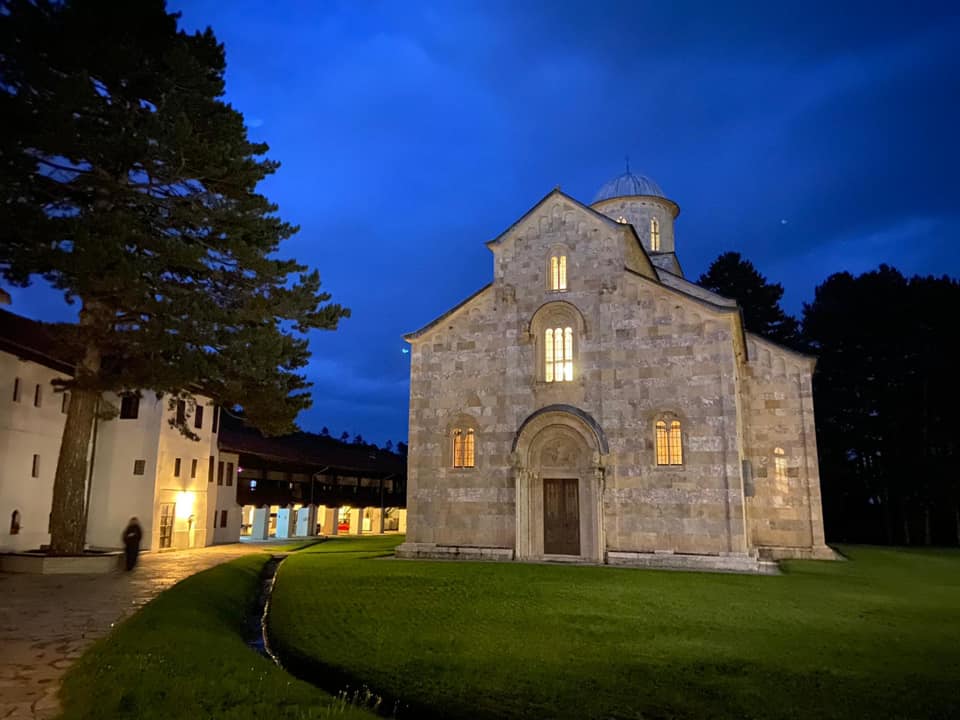 Ambassadors or representatives of Quint countries, together with representatives from the EU, KFOR, and OSCE, called upon strict adherence to the law on the Special Protective Zones. They urged the Kosovo authorities to implement the Constitutional Court ruling of 19th May 2016 on the land dispute case in Decani – confirming the ownership of almost 24 acres of land by the Visoki Decani monastery.

Ambassadors or Charges d’Affaires of France, Germany, Italy, the United Kingdom, and the United States, together with representatives from the EU, KFOR, and OSCE, visited the special protective zone of Decani on, as they announced, a fact-finding trip.

They met separately with Mayor Bashkim Ramosaj and Father Sava Janjic of the Decani Monastery.

“We call on parties to strictly adhere to Kosovo’s laws, in particular the 2008 law on the Special Protective Zones, and to address any remaining concerns within the framework of the Implementation Monitoring Council (IMC), prior to taking any action,” they wrote in a joint statement.

“Furthermore, we urge the Kosovo authorities to implement the Constitutional Court ruling of 19th May 2016 on the land dispute case in Decani. Finally, we request the Government of Kosovo to expeditiously resolve the road works issue in accordance with the above,” the international representatives underlined.

Decisions on construction can be made only with the consent of the multi-member Commission for Protective Zones, whose members are representatives of the EU Office in Kosovo, the OSCE Mission, Kosovo’s Ministers of Spatial Planning and Culture, and the Bishop of Raska and Prizren. In the case of the main road between Decani and Plav, the Commission did not give consent for the construction of the road, instead, a bypass route around the SPZ had been agreed.

Following last week’s joint meeting in the Visoki Decani monastery between the Abbot Sava Janjic, Avdullah Hoti, and Bashkim Ramosaj, held in the presence of the KFOR commander – KFOR members have been guarding the monastery for years – Hoti and Father Sava also addressed the media.

There is good will for a permanent solution to the issue of the Decani-Plav main road, which will be in accordance with the law and satisfy both the economic interests of the municipality and the interest of the monastery in having a peaceful life, Abbot Sava said.

Hoti said that a solution between all parties regarding the construction of the Decani-Plav road will be found within a few days to a few weeks. He added that it will take into account the interests of Decani citizens, but also the need to preserve the UNESCO-protected monastery.

After 16 years of dispute over the ownership of the monastery land in the municipality of Decani, the Constitutional Court of Kosovo reached a decision in May 2016 to confirm the previous decision of the Supreme Court in 2012 on the confirmation of Visoki Decani monastery’s ownership rights of the 24 hectares of land.

The decision caused conflicting reactions in the Kosovo society, with the harshest criticism arriving from the municipal leadership, which still refuses to implement the court’s decision and to register the monastery’s ownership of the land in the cadaster.

Every year ahead of the day of the Constitutional Court’s decision – May 20th, Quint countries ambassadors recall that the decision has not been implemented yet, calling on and warning the Kosovo authorities about their obligation to respect the law. They issued the same warning this year as well.

Fr. Sava: I am encouraged by today’s meeting, there is a will to find a solution in accordance with the law

Fr.Sava proposes a solution for Decane-Plav: Transit road outside the borders of the SPZ and reconstructed local road within the zone

Sava Janjic: The suspension of construction is an encouraging sign by Kosovo government and the municipality