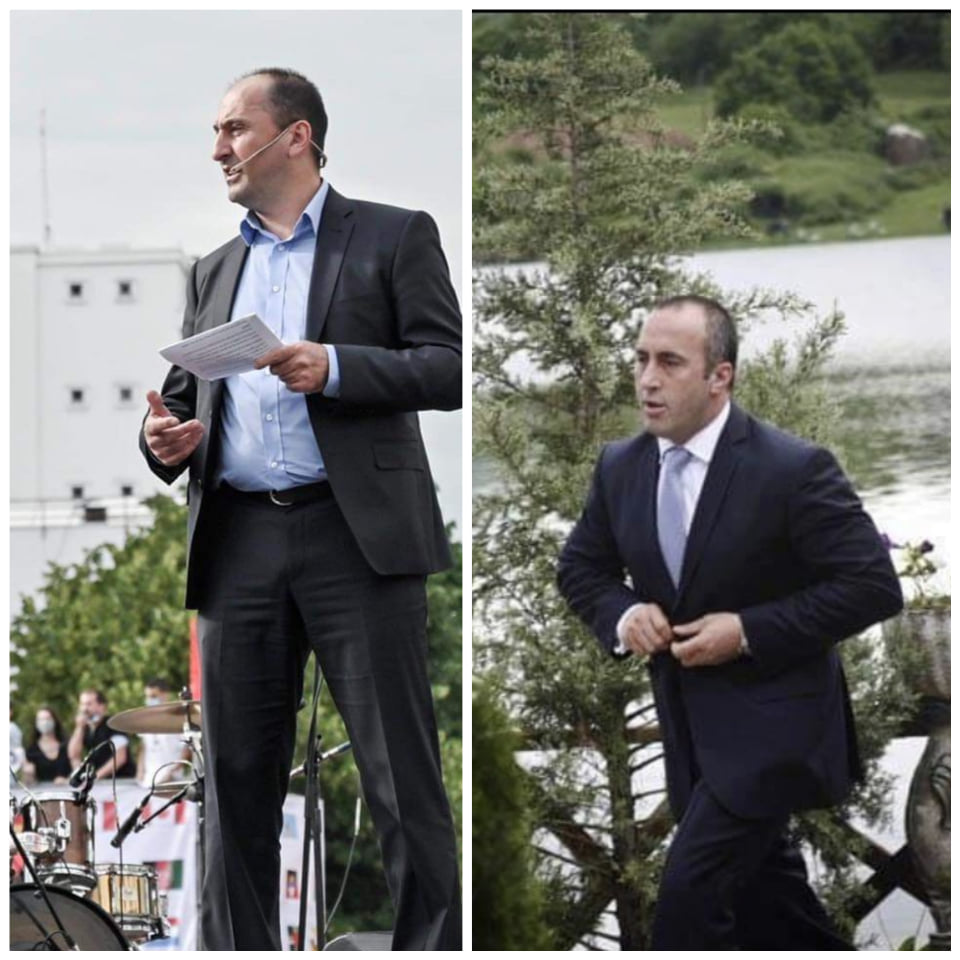 Kosovo Minister of Spatial Planning and Environment, Liburn Aliu, described the construction of the Decani-Plav bypass as a dangerous precedent, assessing it to be a request of the Serbian Orthodox Church.

„Wherever there is a special protective zone, a bypass will be required,“ he furthermore added. Aliu, who is also the co-chairman of the Implementation and Monitoring Council for the implementation of the Law on Special Protective Zones – which unanimously agreed at the end of last year that a bypass should be built, said he opposes the construction of the bypass.

This minister had a heated debate with the AAK leader, Ramush Haradinaj on the disputed road during the yesterday’s session in the Kosovo Assembly.

Haradinaj, whose party leads the Decane municipality accuses Kurti’s government of suspending the funds for the road construction, but the minister denies. He claimed that the funds for the road construction have not been suspended, but the ministry is only against „the idea of ​​building an 18 km long bypass, instead of a 6 km long bypass, within the SPZ“.

„We did not suspend the budget at all. The idea is to build an 18 km long road – instead of a 6 km long road within the SPZ, through mountains and hills. Why? Because it goes through certain properties. That is wrong because we are thus setting a dangerous precedent, and wherever we have special protective zones, a bypass will be required,“ said Aliu, Bota Sot reported from the Assembly of Kosovo yesterday.

„You are attempting to, pardon my language, lie to our face – people who live there. Stop it! We can’t let you do this, I may let you, but I can’t because of those people. The road that connects us with Plav goes over the mountains, a certain number of kilometers has been asphalted, don’t tie yourself to the church. Belgrade also wants to connect it with the church in order to hold us back (cf. from building the road). You are where you want to be. You took away their budget. You told them to back off twice. If Belgrade made you do this, tell us. If that is your problem, we will forgive you,“ Haradinaj said, reports Bota Sot.

While defending himself Aliu revealed that he actually was against the bypass, while saying even that he „rejects the bypass“ as per Bota Sota’s quotations of Aliu’s words.

„As for Belgrade, currently as co-chair of the Implementation and Monitoring Council, I am facing one important fact – to accept the bypass, i.e. the Decani-Plav road. That road is one of the priorities, I oppose the construction of that bypass now. The church wants that bypass. If I were an official from Belgrade, I would accept it, but I am not from Belgrade, and accordingly, I reject that bypass“.

Liburn Aliu is the co-chairman of the Implementation and Monitoring Council (IMC) for the implementation of the Law on Special Protective Zones (SPZ). This council is comprised of Kosovo government officials, church representatives, and international representatives.

At the end of last year, the IMC finally reached an agreement to rehabilitate two roads in accordance with the Law on the SPZ – the international bypass outside the SPZ and the local road within the SPZ.

This decision, which was signed by all members of the council, including the representative of the Decane municipality, followed the Visoki Decani monastery’s persistent protest against the expansion of the local road.

The agreement was then mediated by the Italian ambassador to Kosovo, Nicola Orlando, with the help of the then KFOR commander, Michele Risi. It was decided that the IMC will monitor the implementation of this agreement with the support of KFOR, which will act within its mandate.

The decision was then welcomed by Abbot Sava Janjic and western ambassadors. The then Prime Minister of Kosovo, Avdullah Hoti, even underlined that Kosovo had thus demonstrated that it respects the law.

The road that the local authorities had continued constructing for years despite the protest of the Visoki Decani monastory is one of the reasons why the monastery was included on Europa Nostra’s list of the 7 most endangered European cultural monuments for this year.

This decision also triggered an avalanche of negative reactions in the Kosovo public and government, which wrote to Europa Nostra on three separate occasions regarding the matter.

The former Kosovo President, Hashim Thaci, was the first official who, with the mediation of international representatives, agreed to the bypass construction.

On Thursday – the fifth anniversary of the Constitutional Court’s decision to return the land to the Visoki Decani monastery, international representatives – the ambassadors of Quint countries in Kosovo, reminded that this decision has not been implemented yet.

The head of the OSCE, Michael Davenport, who paid a visit to the monastery yesterday, highlighted this organization’s support to the Serbian Orthodox Church in „preserving its cultural and religious heritage“.

Earlier this week, the Minister of Foreign Affairs and Diaspora, Donika Gervalla-Schwarz, and the Minister of Culture, Youth and Sport, Hajrulla Ceku, claimed in a letter, which was published by Pristina media, that the monastery, which is also under UNESCO protection, is not endangered.

Moreover, top Kosovo officials – Albin Kurti, Vjosa Osmani, and Glauk Konjufca sent a letter to UNESCO yesterday, urging this organization to remove Visoki Decani and three other SPC monasteries in Kosovo from the list of endangered.