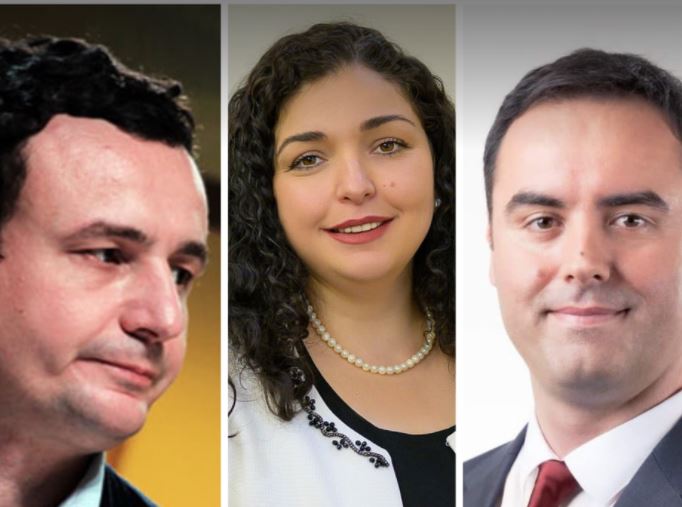 The UNESCO World Day for Cultural Diversity was marked by the Prime Minister of Kosovo, the President and the President of the Assembly, through a letter to this world organization for the preservation of world heritage in culture, education and science requesting that four Orthodox monasteries in Kosovo be removed from the list of the endangered heritage and to list Kosovo as the responsible state party for them instead of Serbia as it was so far.

The troika, which currently governs Kosovo, states in their latest letter about Visoki Decani Monastery sent to international addresses since March, which have also appeared on social networks and in the media, that „due to the importance of this day“, they explained actions of Kosovo institutions „for the protection of cultural heritage and the promotion of cultural rights of all communities living in Kosovo“.

„Also, on behalf of the institutions of the Republic of Kosovo, we articulated some specific demands. We first requested that the four Kosovo monuments listed on the UNESCO World Heritage List (Decani Monastery, Pec Patriarchate, Gracanica Monastery and St. Petka Church in Prizren) be removed from the category. The security situation in Kosovo has changed completely since 2006 when these monuments were assessed as endangered, and secondly, we invited them to review outdated terminology, as UNESCO reports and documents still mention the ‘Autonomous Province of Kosovo’ (now the Republic of Kosovo) and ‘Provisional Institutions of Self-Government in Pristina'(already state institutions of the Republic of Kosovo). Third, we demanded the beginning of the process of changing the state party responsible for these four monuments, removing Serbia and making Kosovo the uresponsible signatory of the World Heritage List for the four monuments in question, as it has no actual or legal control over them, and accordingly it cannot fulfill its obligations to UNESCO. We have assured UNESCO officials that we will continue to work for the protection, promotion and development of all Orthodox churches and monasteries in Kosovo. Fourth, on behalf of the institutions we represent, we have guaranteed that Kosovo is fully ready for membership in UNESCO, a right denied a few years ago. We believe that the impossibility of joining in 2015 in the absence of a very small number of votes, should not turn into a long-term crisis for Kosovo,“ Kurti said in an explanation on his Facebook page.

After hoping to avoid a „long-term crisis“, the Kosovo Prime Minister added that Kosovo is ready to be „part of a large UNESCO family that will bring added value to humanity through our cultural heritage and be part of joint efforts for lasting peace in the world. We believe in the universality of cultural heritage and as such in its unifying potential“.

Several letters from the highest Kosovo officials have been published on social media and in other media since March, referring first to Europa Nostra on three occasions, after the latter included Visoke Decani on the list of the 7 most endangered European cultural monuments for this year – opposing the decision. Also, a letter from the Kosovo museum director addressed to the National Museum in Belgrade requesting the return of 1,246 museum exhibits to the Pristina Museum, along with an accompanying letter of the two ministers – Hajrullah Ceku and Donika Gervalla Shwartz was also published a day prior to this one.

And just a day before, the ambassadors of Quint countries in Pristina, as well as the Diocese of Raska and Prizren, alerted the Kosovan institutions of the fifth anniversary since the Kosovo Constitutional Court’s final decision on the return of 24 ha of monastery land to Visoki Decani, which Kosovo institutions have not yet implemented.

Kosovo government officials have not commented yet, but a group of historians Ali Hadri from Decani who called once again on institutions not to implement the decision and on Quint not to call for such a thing, because the situation is „fragile“ and „implementation will lead to deterioration“. The Decani mayor Bashkim Ramosay refused its recognition again. 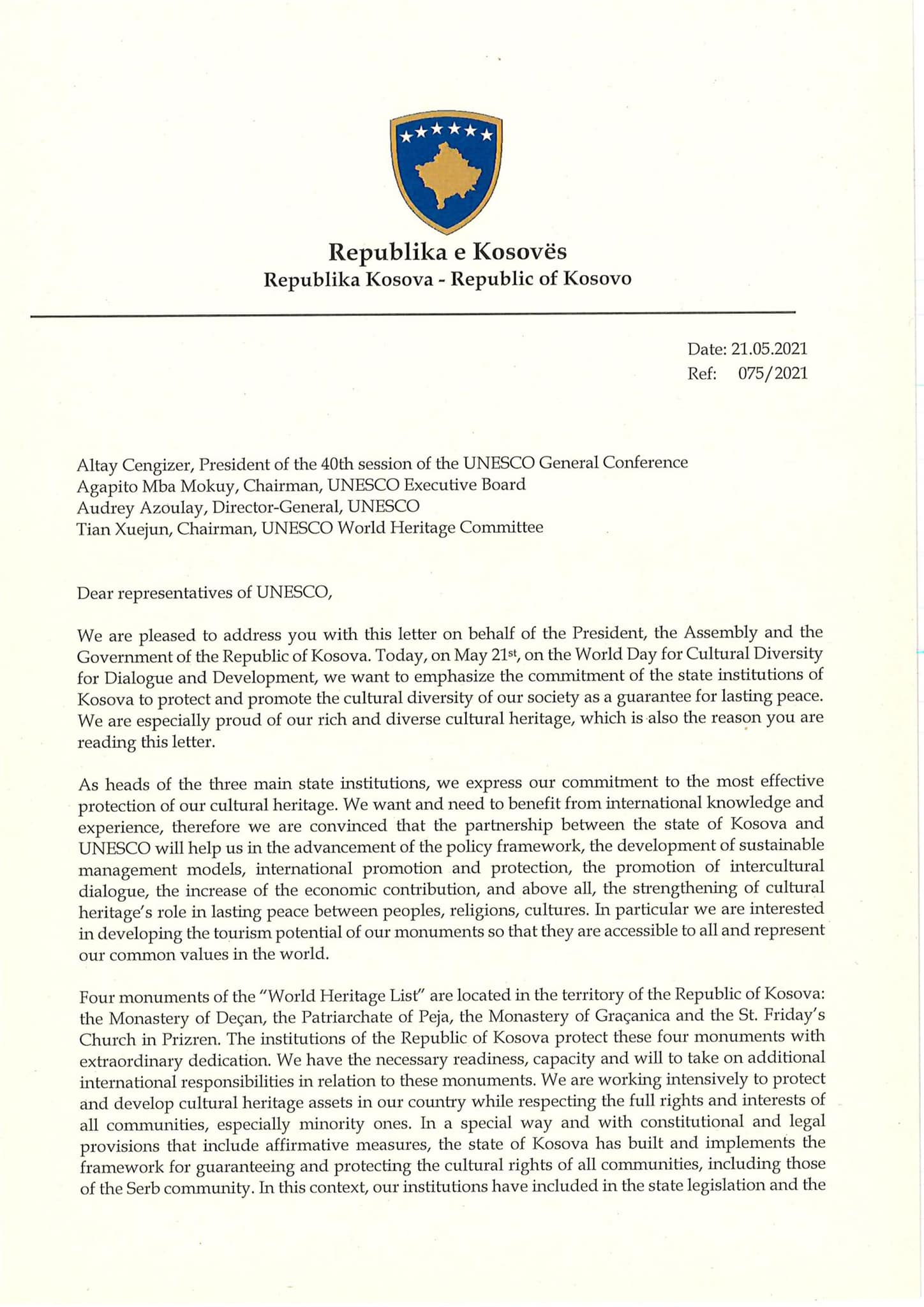 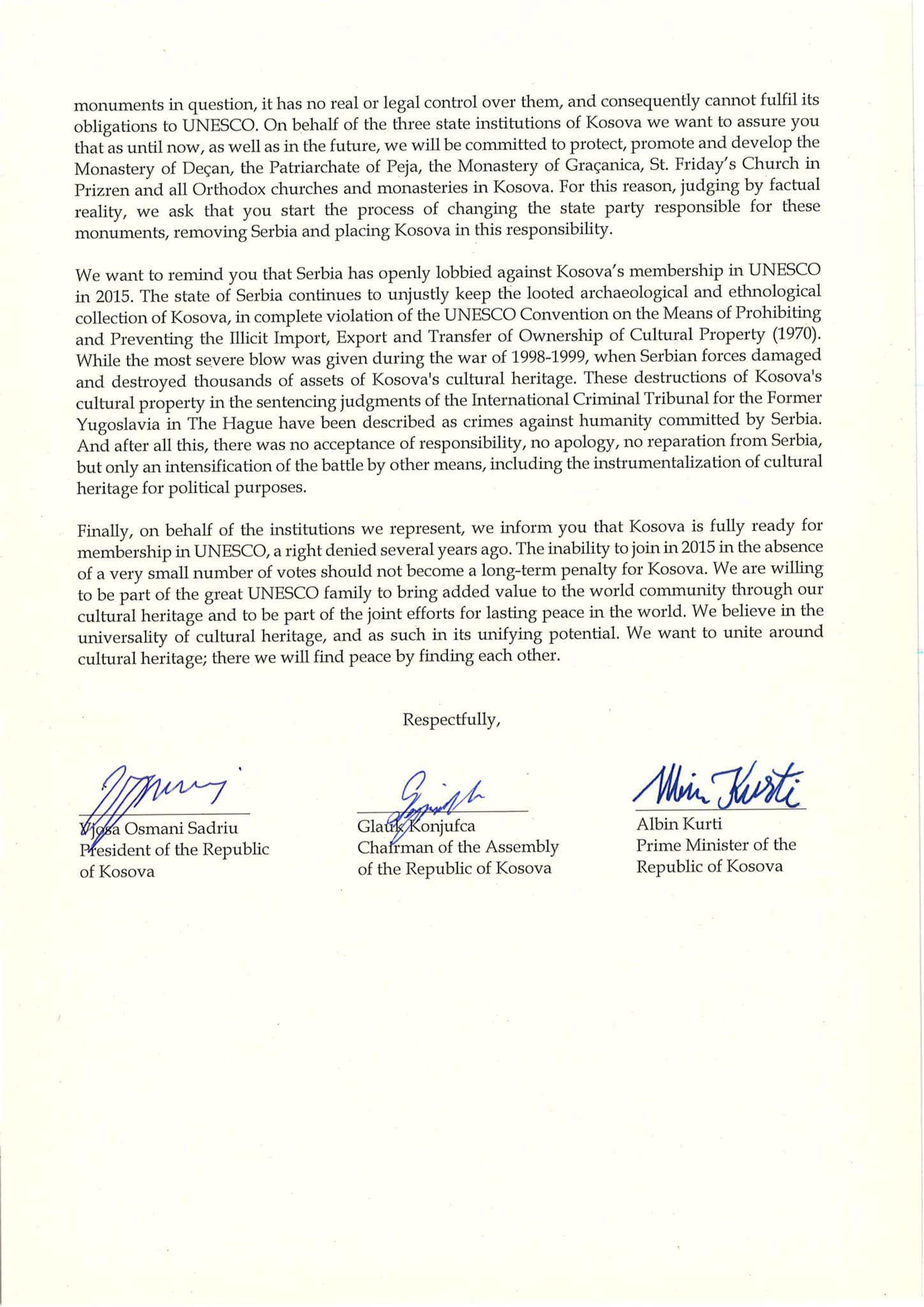