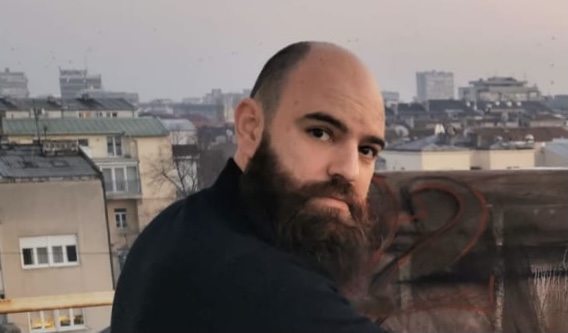 Approximately ten days ago, the head of the Pristina government, Albin Kurti, shared his stance on two judgments of the Pristina Constitutional Court – one concerning the so-called Association of Serb-majority municipalities (ASM), and the other concerning the property of the Visoki Decani monastery. His position is so illogical and factually wrong that it warrants a detailed analysis, especially in the light of the fratricidal war in Ukraine, the intensity of which has increased in the meantime. Therefore, this text is an attempt to outline something that can be referred to as „Kurti’s doctrine“, and predict its practical consequences in the near future.

I previously wrote about the judgment on the ASM on this site, so I won’t take up space here because I have nothing to add. On the other hand, the judgment concerning the property of the monastery Visoki Decani deserves much more detailed analysis, but here, due to limited space, I will try to present only its most important elements.

First of all, this judgment concerns the issue of ownership over the land that was seized from the monastery Visoki Decani in 1946 as part of an agrarian reform, only to be returned in 1997 via a gift agreement, since there were no regulations on restitution at that time. In 2000, two Pristina-based social enterprises demanded the annulment of the gift agreement, and in 2012, the first-instance panel of the Pristina Supreme Court’s Privatization Disputes Special Chamber rejected their claims as unfounded. However, the Pristina Privatization Agency appealed the first-instance panel’s decisions, the Special Chamber’s appeals council upheld the appeals, and the Visoki Decani Monastery eventually filed a constitutional complaint, which was also adopted.

Furthermore, this judgment does not concern the validity of the gift agreement, but the fact that it ruled in favor of Visoki Decani monastery by the first instance panel of the Special Chamber, only to be reopened by the appeals council of the Special Chamber, which then deprived the monastery of Visoki Decani the right to participate in the proceedings before that panel. This violated the right to a fair trial, which is guaranteed by both the Pristina Constitution and the European Convention on Human Rights and Fundamental Freedoms (ECHR), which is directly applicable under that constitution since Pristina is not a member of the Council of Europe.

The judgment also embodies the institutional history of Pristina’s search for independence. Initially, UNMIK (which managed the Trust Agency, the predecessor of the Privatization Agency) actively participated in the proceedings, but over time foreign (EULEX) judges became significantly involved in the Special Chamber. While the influence of the international factor was fading, the gradual penetration of the Albanian factor proportionately increased. The initial request for an annulment of the gift agreement came from the Albanian side, but it was answered by the international factor, and in the end, it was ruled in favor of the Visoki Decani monastery. However, at the time when the trust agency (i.e. UNMIK) was succeeded by the Privatization Agency, which was run only by Albanians without the involvement of foreigners, the Visoki Decani Monastery was denied the right to participate in the further proceedings. The last correction of the international factor was the passing of a judgment of the Constitutional Court, considering that out of nine judges, four were Albanians, four were foreigners and one was Serb.

In short, the Albanian factor has always been against returning confiscated land to the monastery of Visoki Decani, and this has been expressed in various ways since 2000 – from the request for annulment to the filing of appeals – to the non-implementation of this judgment for seven years, in line with the stance that this factor is currently exercising authority that is not limited by the institutional influence of the international factor.

„Kurti’s doctrine“ thus manages to simultaneously be anti-democratic (because it puts voluntarism above legal certainty) and anti-Serbian, but it is also morally hypocritical and legally unfounded.

Speaking of the use of „Kurti’s doctrine“ on the ASM, I would just like to mention that Kurti’s attitude represents a certain shift compared to views expressed only two weeks earlier by himself (with his own leftist pseudo-intelligence) or his closest associates (with a preposterous excuse that Kurti does not have to implement what he did not sign himself!). This may be an indication that Kurti will still establish the ASM as per the ruling of the Constitutional Court. My position on the value of such an ASM, as well as issues it will cause Belgrade, I presented in the previous text, so I will not repeat myself here.

On the other hand, when it comes to the judgment in favor of the monastery of Visoki Decani, „Kurti’s doctrine“ presents itself in all its erroneousness – that judgment, as I previously noted, does not concern the merits of the „Milosevic regime’s decision“, but a procedural institute (claim preclusion or res iudicata in Latin) which is one of the fundamental principles of all legal systems, including Pristina’s system. Kurti thus demonstrates ignorance not only of that judgment but also, for the umpteenth time, ignorance of the legal system of the entity he pretends to rule. If formal and procedural issues are set aside, and the essence of the gift made to the monastery Visoki Decani is observed, then it is hypocritical to dwell only on the time of Milosevic’s rule, considering that the gift was made to correct the injustice caused by the 1946 agrarian reform. However, such an extension of the time perspective would expose the fact that Pristina is probably the only one in Europe that has not adopted regulations on the restitution of property confiscated by communist regimes. Ideologically, Kurti presents himself here primarily as an anti-Serb, but also a crypto-communist of Stalinist provenance.

The fratricidal war in Ukraine has fundamentally shaken the world and will have many consequences in all spheres of modern life, which are difficult to analyze given the dynamics with which this war is developing. However, I cannot resist the temptation to assume at this point what effects that war will have on the use of „Kurti’s doctrine“ in the near future, primarily because of the simplicity of that „doctrine“.

First, the hysterical polarization of international relations and the reduction to Schmidt’s friend-enemy dualism (that is, in this case, the Russians-others) has been prevalent among Pristina politicians before, and now it will reach full momentum. Absolutely every element of Belgrade’s „Kosovo policy“ will be accused of „Russian malignant influence“, including the ASM. Paradoxically, Pristina will insist on its territorial integrity (the recent request for Pristina’s urgent accession to NATO is particularly telling), and even if it forms the ASM, it will do so in such a way that it is thoroughly cleansed of all elements of autonomy. So, here, the „Ukrainian effect“ will be an absolute rejection of the presumed interest of the Serbian factor with reference to the experiences of Donetsk and Luhansk (instead of the previous reference to the Republika Srpska).

Although that is not the topic of this text, we should pay attention to the recent interesting announcement of Ukraine that it will not return to the regulatory bloc consisting of Russia and Belarus, which merits further analysis in light of Pristina-Belgrade energy relations.

Second, the role of the EU is likely to change. The EU will no longer be a „facilitator“ of negotiations in Brussels, but will more actively pursue its foreign policy directed against Russia, through smaller and weaker countries that it perceives as Russian allies, such as Serbia. In that sense, the „Ukrainian effect“ here will be a change in the international framework in which „Kurti’s doctrine“ is applied. Instead of calling on Kurti to implement the judgments, the EU, together with Kurti, will formulate solutions within negotiations to the detriment of Belgrade. The recent announcement by Josep Borrell that he would pay special attention to the Western Balkans, given that the EU expects the crisis caused by the war in Ukraine to spill over there, is also very indicative in that regard.

Third, and worst of all – any future aggression by Pristina forces on northern Kosovo will be justified as a preventive measure by both Kurti and the EU, i.e. any formal excuse will no longer be needed, such as a fight against smuggling. Here, the „Ukrainian effect“ will be the final upgrade of „Kurti’s doctrine“ so that the Serbian factor is preventively and permanently „pacified“.

If my assumptions come true, then the already lifeless Brussels process will enter the terminal phase. The way out of such a situation may be to abandon that process due to its lack of progress (similar to the actual abandonment of the mining process, with all the differences between Brussels and Minsk). That would be the other side of the „Ukrainian effect“, but it requires a much more active policy of Belgrade, which is currently busy balancing between the West and Russia, as well as the „Srpska Lista“, which „withdrew“ from Pristina institutions so many times, and is now announcing some kind of „reciprocity“… If, as one European diplomat with great Balkan experience says, our balancing disqualifies us from the EU accession process, then why is the Brussels process an integral part of the (in)famous negotiation chapter 35?

There may be other ways out of that situation, but a new „Kosovo policy“ is certainly needed. Shortly before the situation in Ukraine escalated, an experienced Serbian politician called for something similar – on the pages of the oldest daily newspaper in the Balkans. He thus proposes that Russia be included in the negotiations, considering that the United States has already imposed itself there as an actor outside the Brussels framework. That may not be possible in the light of the fratricidal war in Ukraine, and maybe that will be one of the consequences… There is no greater stereotype to conclude this text with other than – time will tell.

Kurti on V. Decani: We’ll do our best to preserve the legitimate rights of the monastery, but religious leaders must also do their part