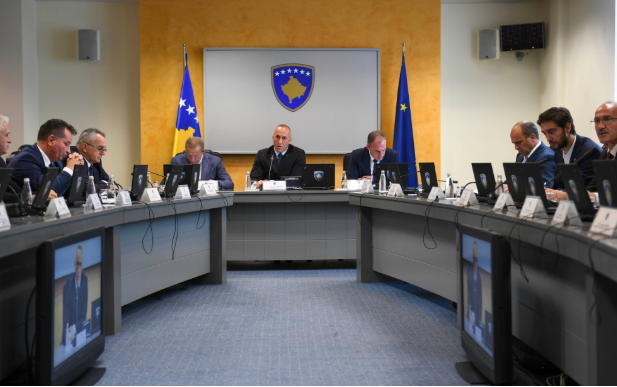 The Kosovo Government reacted today after a series of incidents in Serb populated areas, they are concerned and have condemned recent incidents that have interethnic motives which negatively affect relations between communities in Kosovo.

Such cases are intended to hinder the efforts of institutions to build a comprehensive and democratic society, claims the government.

The Government of Kosovo requires from the competent authorities to investigate the motives of „these negative cases“ and that perpetrators be brought to justice as soon as possible. Also, the Government invites all citizens who may have information on cases, to cooperate with law enforcement agencies.

Previously, the Kosovo Police announced that the situation in Kosovo was „calm and stable“ and that „occasional incidents of a different nature“ did not affect the overall security situation.

Two Serb houses were stoned during the weekend in the centre of Vitina. It followed two thefts and an attempted robbery in the same municipality against three Serb families. A local Serbian priest was intercepted while returning with his family from a religious service in the Klina municipality last week, while children were pepper-sprayed in the village of Staro Gracko on the same day. A group of some 50 Albanians denied a group of Serb IDPs access to the local church, St.Trinity’s, in the village of Petric in the Klina municipality, who tried to visit it on The Day of the Holy Trinity last weekend.

Incident in Klina municipality: A local Serb priest intercepted while returning with family from religious service