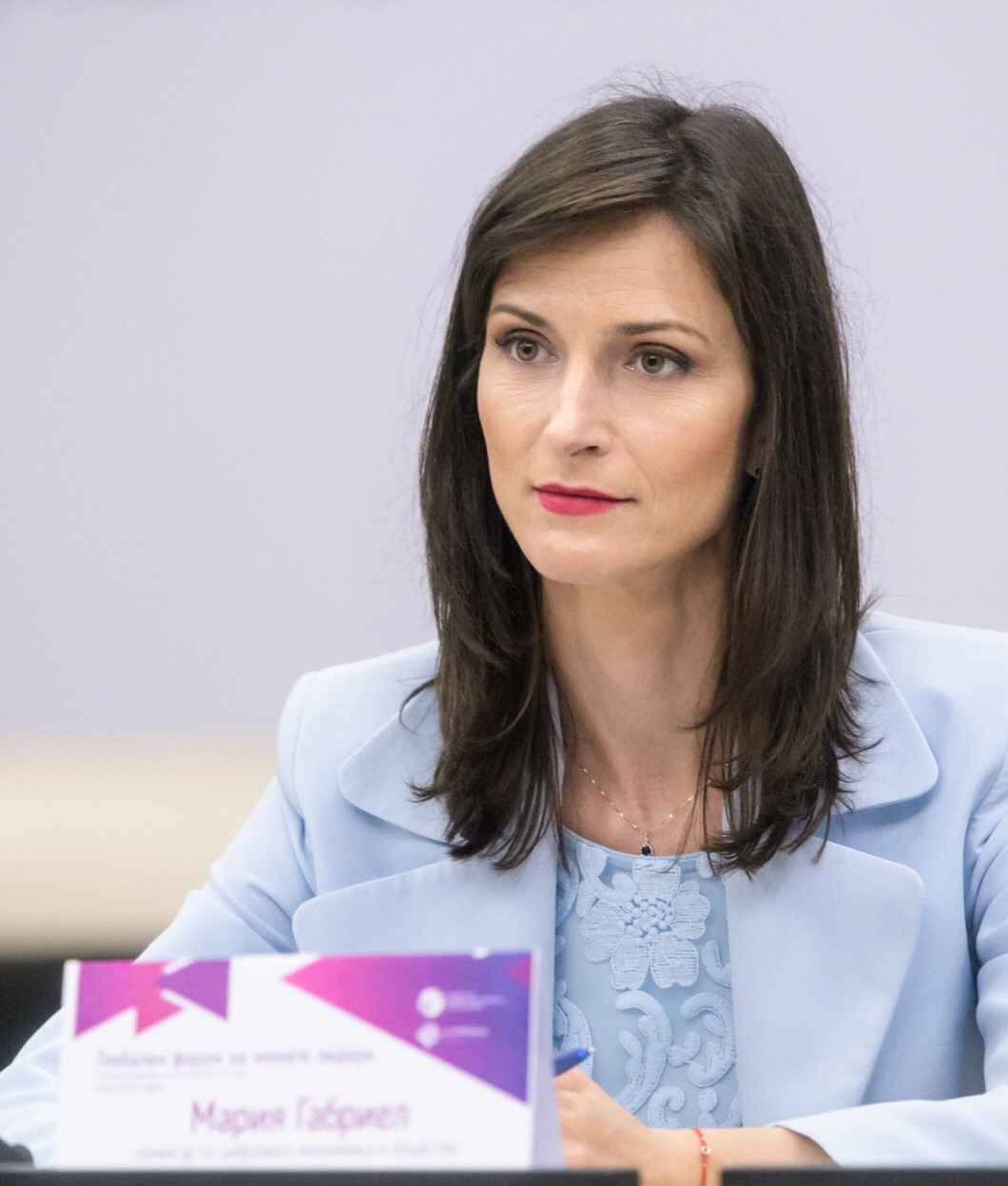 By: Mariya Gabriel – EU Commissioner for the Digital Economy and Society

Every era has its emblematic industry: after railways companies, car manufactories, radio and television broadcasters and ITC companies, this is now the time of start-ups.

What make them so emblematic and different from other companies, including from a SME that is using digital technologies? The values that are embedded in their DNA and which are in tuned with our digital time and paving the way for our future.

First, start-up are by nature ambitious. A start-up’s fate is to scale up, if possible, in a rocketing mode with the ultimate objective to become global and at the centre of their ecosystem. If possible, even to dominate it.

Second, start-ups are here to change things, to make a difference, to fix problems from mobility to climate change or connecting people. Look at Spotify or Blablacar to name famous start up success stories. They both started in much the same way: the Founders had an idea that met a concrete and real consumer need.

Third, running a start-up is a high-risk business and failure is always more certain than victory. But fear from failure is less important than willingness to learn from it, as a way to get closer to success.

Finally, start-ups are a huge source of inspiration for all of us. Today’s mythology is about unicorns and heroes having fought days and night in their garage to disrupt big giants.

Of course, our modern economy is much more than Start-up, but they are the touchstone of our capacity to make the best of the digital revolution. Ultimately, they are essential to ensure the emergence of tomorrow’s European digital champions, which are essential to keep pace with the technological race and to ensure that our future is based on our values.

Here we need to recognize that Europe is facing a huge challenge and is not punching its weight: among the 266 unicorns listed in the world in 2018, only 13 are Europeans, representing less than 3% of their total value. The vast majority of them are Chinese or American. And looking at recent venture capital figures, the trend is not positive: VC available in Europe represents only 20% of the capital available in the US.

This should be a wake-up call for all of us to do more and better to foster the scaling up of our European start-ups.

Second, we need to ensure that enough public and private investment is available to finance the risky development of start-ups. Beyond the Juncker plan, we made very bold proposal as part of the next MFF with a € 9 bn Digital Europe Programme proposal in the area of AI, cyber and HPC. We can see already that finance is starting to flow including Eastern countries. Early stage investment has surged from 10 to 283 million in just five years. Let me take the example of Bulgaria. The European Investment Fund has signed 11 agreements with financial intermediaries, which will trigger 1.2 billion euros in investments and finance some 7000 companies – mostly SMEs. European regional funds are also being used to help business access finance, to create the right business advisory services and support regional smart specialisations. For example, the Bulgarian ICT or telecommunications cluster is an area where we could excel as a country. This is why EU research funding is helping Bulgarian digital innovators. Digital Innovation Hubs, such as the one in Sofia Tech Park, have started assisting SMEs improve their business and adapt it to the digital age. Two more hubs, two in Sofia and one in Varna, are being set up. One concrete example of start-up that benefited from EU support is Coursedot, the local IT training market from Sofia received its first 100.000 Euros via Eleven Ventures with the support of the European Investment Fund.

But availability of finance is not enough: start-up managers need access to a mix of know-how to catalyse the reaction between innovation and finance.  This is where “Start-up Europe” kicks in. It has helped more than 700 European start-ups get access to finance from investors over its first three years of existence, helping them attract 160 million euros in private investment. This EU funded project also contributes to extending entrepreneurial culture: through grassroots events all across Europe, thousands of young professionals and students have learned that it is possible to start a business in Europe and how to set up their project and grow it.

On 15 November in Sofia, Europe has an important rendez-vous with its Start-ups to take stock and look forward. Together with Prime Minister Borissov, I will lead the fourth “Start-up Europe Summit” which will gather 500+ key actors from the European start-up „ecosystem” including the best European innovators with investors, media and EU as well as national policy makers.

For entrepreneurs, this is a great opportunity to mingle with people building the new European economy and identify new funding opportunities or projects. For policy makers like me, this will be a great occasion to listen to the start-up world and hear their projects and their ideas on how to do even better.

I am also particularly pleased to have this year a special focus on Central and Eastern Europe and the Western Balkans regions, who will be strongly represented at the Summit, both at the business and political level. There will be a lot of concrete discussion on how to anchor the dynamism and creativity of start-up in these regions with the EU’s initiative and with the Digital Agenda for the Western Balkans, which I launched last June. The region has major assets with its large pool of talented people with strong ICT skills, a dynamically growing start-up community and its rapidly improving infrastructure, connectivity and proximity to large markets.

From Belgrade to Pristina, a network of start-up hubs has emerged. More than 1200 start-ups across the six countries and numbers are rising. Examples include CarGo, Nordeus and Strawberry Energy. In order to consolidate this network in Central and Eastern Europe and in the Western Balkan, I will launch the Start-up Europe Central and Eastern Europe and Start-up Europe Western Balkans networks. The members of these partnerships from 14 countries are committing to facilitate connections between start-ups within the region, to foster entrepreneurship education to create synergies and to increase the availability of financing. This is a very important step for ensuring that the “European start-ups continent” includes fully the Eastern part of Europe as well as Western Balkans.

Looking at the challenges to come to make Europe a start-up continent, a sentence comes to my mind. “Success is not final, failure is not fatal: it is the courage to continue that counts”. If Winston Churchill were still alive, I would not be surprised to see him running a start-up. In any case, this sentence is still a source of inspiration and reflects very well that Europe can find in its deep roots an essential asset to succeed on the start-ups front: an inextinguishable fighting spirit and faith in the future.