A desire for exclusivity and a reaction to current events in society is in the very nature of the media. Fact-checking, on the other hand, sometimes demands additional time, which many media outlets are not prepared for, which is why false and unverified information is often published, BIRN journalist and fact-checker, Ivana Jeremic told KoSSev.

In the latest episode of the media literacy campaign “OpisMEDIJavanje,” Jeremic spoke about the meaning of fact-checking, the fact checker’s role, and the importance of this process in journalism.

Fact-checkers are the persons in charge of checking facts in journalistic texts. They are a kind of devil’s advocate and have the task of checking every claim made in the text, noticing its weaknesses and giving comments to strengthen it – Jeremic briefly described the role of a fact-checker.

According to her, the fact-checking process takes place just before a story is published.

After the text is completed, the journalist collects all the data he used while writing the text and submits it to the fact-checker. The fact-checker then reads through the entire text, making sure that every word used in the text is supported by certain evidence, Jeremic explained.

This would mean that the fact-checker must first make sure that the documentation referred to by the journalist is credible, that the values used in the text are equal to the contracts mentioned in the documentation itself. They must also check who the owners of the companies that got certain jobs at the time of signing the contract are, and who they are today

The importance of fact-checking is especially reflected in investigative journalism when a large amount of data is collected – a process that can take months.

„This means that sometimes even while the story is being written, certain data can change prior to the moment when fact-checking is conducted. That is why this is necessary – in order to make sure that the data we publish is the latest data available.“

In addition to preventing the publication of false and inaccurate information, fact-checking also protects journalists from lawsuits and maintains the reputation of the media itself.

„In this way, the trust of readers is gained, who know that the journalist, together with the editor and fact-checker, conducted an additional level of verification and that the text contains only the data for which there was strong enough evidence,“ she added.

According to Jeremic, this is why the fact-checking process requires time – a few days to a whole week. She also said that many media outlets decide to bypass this process, thus increasing the possibility of „an error slipping through“.

OpisMEDIJavanje: Public service broadcasters should reflect the pluralism of society

OpisMEDIJavanje: Sometimes a politician’s refusal to answer a question will be the answer 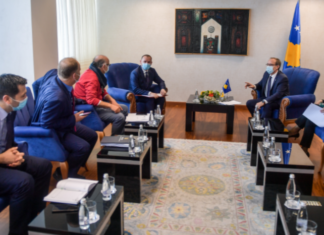