„The basic task of public services broadcasters is to inform, educate, and entertain the audience by providing them with content of wider social significance. The purpose of the public service broadcaster is to serve the needs and interests of the public,“ the RTK community program editor, Rabisha Muhaxhiri said.

In the latest episode of the media literacy campaign “OpisMEDIJavanje,” Muhaxhiri spoke about the public broadcasters, their importance, as well as why non-majority communities must have a program in their language.

According to Muhaxhiri, minority communities need to have a program in their languages ​​as part of the public service broadcasters because „we live in societies based on the knowledge that is global – in one way or another, but diverse as well.“

Such societies require a strong and pluralistic social vision, inclusion, solidarity, and participation. Societies are essentially linked to the principles of freedom of expression, universal access to information, knowledge, and the promotion of cultural, ethnic and religious diversity

Muhaxhiri also believes that a public service broadcaster is a place that reflects the pluralism of society.

„That is why all participants should be allowed to freely express their views in public debates on issues important for all communities. This service is based on the principles of democracy, operates under public supervision, and is financed with public money.“

She said that the Kosovo public service broadcaster – RTK used BBC as a model for programs in other languages.

Muhaxhiri claimed that to fulfill the mandate of the public service broadcaster, it is necessary to guarantee the independence of the public broadcaster, pluralistic and impartial leadership and secure transparent financing – „which guarantees that information will be freely and independently transmitted, and contribute to new ideas.“

„It is also essential that public service broadcasters provide citizens with direct responsibility, especially in terms of performing the task assigned to them and using public resources,“ she said, pointing out that Kosovo has a lot of room for improvement at all levels.

Muhaxhiri also emphasized that we are facing a media reality in which the quantitative growth of the media has not been in direct proportion to the implementation of ethical standards and the growth of media quality and that we are thus left with „new media events, but also old ethical dilemmas.“

On the media side, we are facing pronounced ethical issues, such as in the case of reporting on violence, events related to respect for personal data, hate speech, discrimination, copyright, gender equality, the accuracy of information and culture of dialogue…

According to Muhaxhiri, at a time of technological development, when fake news, hate speech, lack of news confirmation and other negative elements interfere with professional journalistic work, the media, especially public service broadcasters, should not deal with the public interest, but they must report in the public’s interest.

„This difference often confuses online media, and not only them, but it also happens in some public service broadcasters“, she added.

„Therefore, it is very easy to conclude that with our work we can convince the viewers that decisions are the result of editorial and professional decisions, and not of political interference or any unpleasant pressure,“ Muhaxhiri concluded.

OpisMEDIJavanje: Sometimes a politician’s refusal to answer a question will be the answer 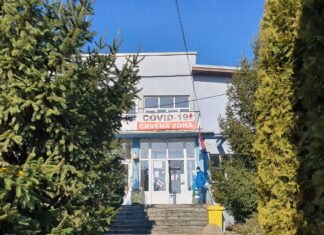