In the latest episode of the media literacy campaign “OpisMEDIJavanje”, Zoric spoke about sources, the interlocutors’ rights, and interviews.

The N1 journalist warned of the importance of checking the source’s allegations from at least three other sources, especially if the original source requested to be anonymous.

„Anonymous sources sometimes don’t want their identities to be revealed because they believe that their security could be jeopardized – and this should be respected. But you should always keep in mind that someone may be deceiving you and harming someone else with their information,“ she said.

Zoric added, however, that such sources are extremely important when they are reliable.

„In the previous period, the public discussed at length about a source who was anonymous in the public for a long time, but who then came into light as did all his stories. I am talking about Aleksandar Obradovic from Valjevo, from the ‘Krusik’ weapons manufacturing factory. Initially, he anonymously provided information to journalists. They checked that information, when they were convinced it was accurate – they published it, but they preserved the anonymity of their source,“ Zoric cited as an example an anonymous source who revealed abuses that damaged a publicly owned company.

On the other hand, she also said that the citizens, when talking to journalists, must understand their rights.

„Citizens must be informed that a journalist is talking to them and that everything they say will eventually be published, in the newspapers, on portals or television. Citizens must know that everything they say may be published. They must be aware of it. And they also have the right to demand from journalists to introduce themselves and show their IDs, so that citizens know with whom they are talking to and whose questions they are answering,“ she underlined.

According to Zoric, while talking to interlocutors, the journalist must adhere to certain principles, but first of all, he must not give up on unanswered questions.

The journalist must ask questions of public interest, it is not a friendly chat, but it is not hostile either. A journalist must be impartial. They should not ask suggestive questions, he should not force the interlocutor to answer a question in a way he desires. But it is also necessary for the journalist to be persistent in asking questions that interest a large number of citizens. Namely, if a politician or businessman refuses to answer the question, the journalist must repeat that question several times. Of course, he must do it politely, without entering into a discussion with his interlocutor, but he should be persistent. Sometimes the refusal of, say, a politician to answer a question will actually be the answer 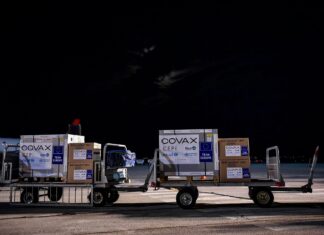