„Irresponsible move with many responsible: Grenell, Thaci, most of LDK. It will be a pyrrhic victory. EU-US alliance irreparably damaged and doubt any deal will pass. Time for the EU to step up,” a professor in South East European Studies at the University of Graz, Florian Bieber said in response to Kosovo Prime Minister Albin Kurti’s cabinet loss of the confidence vote last night.

Out of 117 MPs who attended the 12-hour-long session in Pristina’s Parliament, 82 voted in favor of a no-confidence into Kurti’s government, 32 were against, and one sustained.

The MPs from Srpska List voted in favor of the no-confidence motion submitted by the MPs of the Democratic League of Kosovo (LDK) party, Kurti’s coalition partner, with the support of opposition parties – PDK, AAK and NISMA.

Yet, the fact that the no-confidence vote took place in the midst of the coronavirus pandemic, less than two months after the government was formed, was labeled as highly unusual by many.

„What we are doing is not normal,“ an MP Mimoza Kusari-Lila from Djakovica/ Gjakova said at the beginning of the session.

Before the no-confidence vote began, Pristina citizens made noise from their balconies in a sign of protest that the authorities were focusing on a political struggle for domination instead of the fight against COVID-19.

Citizens of Prishtina protest in the midst of a pandemic as their politicians continue to quarrel. #coronavirus #politicalcrisis pic.twitter.com/UB5ibSOEHy

A political virus, instead of corona, is raging in Kosovo – Veton Suroi, publicist and former journalist, described the situation earlier this week in an opinion piece for Koha Ditore.

In addition to now acting Prime Minister Albin Kurti, Vjosa Osmani, the speaker of the assembly, also opposed the no-confidence vote. Osmani defended the government until the very beginning of the vote last night, explaining that she sympathizes with citizens who were feeling „tired and offended“ because their voice was not heard.

During the 12-hour-long session, however, Kurti was accused of authoritarianism, disrespect of the coalition, and the collapse of relations with the United States.

On the other hand, Kurti accused opposition leaders, who have been in power for years, of developing a „mercenary“ nature of plundering.

Although he did not refer to him by name, he also sent a message to Kosovo President, Hashim Thaci: Those who met Richard Grenell in Washington gained great power „from above,“ but legitimacy comes from below, not from the above.

Kurti also claimed that the planned „land swap“ is hiding behind the request to introduce a state of emergency in Kosovo.

They need an emergency and incidents in the field, they need bloodshed, so to say, we won’t be able to do that, it would be better to sign one such agreement – he warned.

„Land swap failed as a project but did not die as an idea,“ Kurti stressed.

Kurti himself opposed the introduction of a state of emergency last week, requested by Thaci. He then dismissed Interior Minister Agim Veliu from the ranks of LDK, who supported Thaci’s proposal.

Several times during yesterday’s session, Kurti described this gesture as an attempted coup.

The dismissal of an LDK minister only worsened the previously tense relations between the former coalition partners.

When given an ultimatum to meet two conditions – abolish tariffs altogether and withdraw his dismissal of Agim Veliu, Kurti only abolished tariffs on raw materials, announcing the full revocation of taxes for April 1st – but with the introduction of the full reciprocity principle.

The differences in the Quint countries towards the fate of the Kosovo government, which was formed less than two months ago, have come to the fore. While Germany and France opposed yesterday’s session, emphasizing that the Belgrade-Pristina dispute is a European issue, the US welcomed the initiative to vote on a no-confidence motion against the government – which was interpreted by some as a support for the LDK initiative.

The European Parliament Rapporteur for Kosovo, Viola von Cramon referred to a statement by US Ambassador to Pristina, Philip Kosnett as “irresponsible and unbelievable.”

In a broader interpretation, many see a fundamental difference in the approach to unraveling the Kosovo issue.

The government, led by Albin Kurti, with the LDK as a partner along with Srpska Lista, was formed on February 3rd this year, after nearly three months of negotiations between two election winners. It is the government with the shortest ever term since Kosovo declared its independence.

Vice President at Council for Inclusive Governance, Shpetim Gashi, who was previously convinced that the „coalition will continue to exist“, explained the next steps in the process in a statement to KoSSev:

“The constitution appears to have two different procedures for presenting a mandate to a candidate after an election and after a motion of confidence. After the election, the president should nominate the candidate from the party that received the most votes, and if that fails, the president may nominate someone else.

The procedure is a little different after a no-confidence motion is upheld. The constitution says that the president should nominate another candidate from the first party, but it does not say that the president can nominate another candidate if the first party fails. This is a precedent from the last time Haradinaj resigned – Thaci then asked the coalition to offer another candidate and they said no. Thaci then demanded another election, not offering the other party a chance. I believe the president will give LVV a chance again, and if they fail, Thaci will nominate someone from LDK. I expect LVV to file a case with the Constitutional Court, which I expect will support Thaci.”

An esteemed constitutional law professor, Enver Hasani said in an interview with KoSSev that the legitimacy of the Self-Determination movement could not be compared with other parties.

Hasani also explained the steps to be taken if the no-confidence motion follows through:

If the no-confidence motion against the government is successful, the head of state would write a letter to Albin Kurti as prime minister, asking him to nominate a prime minister-designate.

The ruling party has an unlimited period of time to submit a proposal for a prime minister-designate; however, from the moment it presents its proposal, the party has 15 days to form a new government. 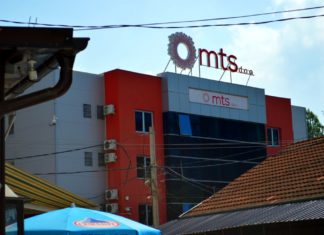