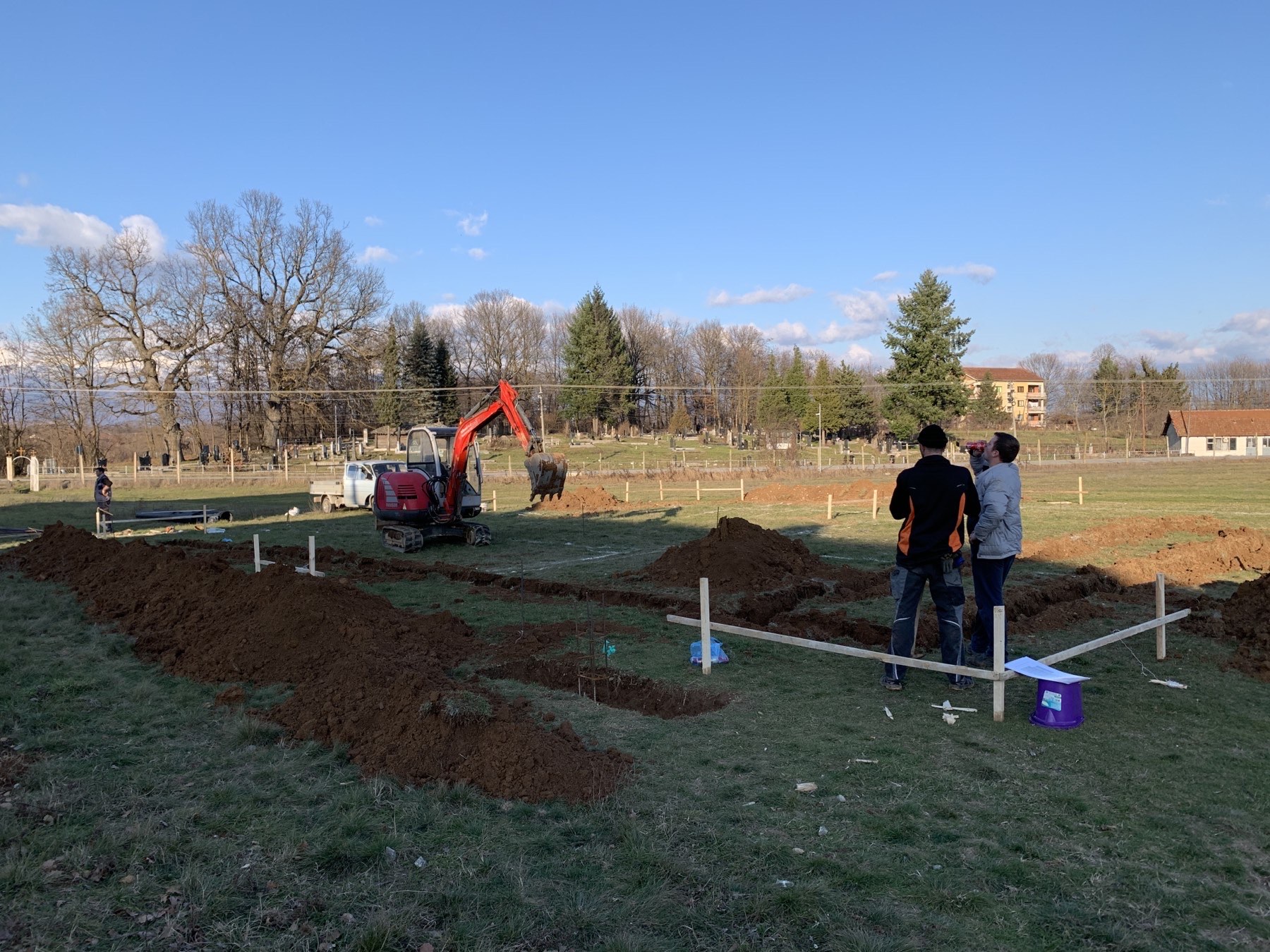 Until today, the only thing that could be seen on the plot provided by the Diocese of Raska and Prizren for a kindergarten in the largest Serb village in Metohija was a pit, some rebar, and cement, topped by a bucket.

Apart from the fact that the Diocese donated the land, the 35 million dinar project is also financed by the Kosovo Office. The cornerstone for the kindergarten in Gorazdevac, set to be attended by approximately 60 local children, was laid on November 18th by the assistant to the head of the Kosovo Office, Jelena Stojkovic, the head of the Provisional Authority for Pec, Milos Dimitrijevic, and Bishop Teodosije.

More than three months have passed, however, since the contract was signed by which the contractor undertook to complete the project in ninety days, which KoSSev and Radio Gorazdevac reported about yesterday.

Following our joint text, this morning, at the site of the construction, several construction workers were seen digging a foundation pit for the kindergarten by hand. Although they were wearing overalls, no labels of the company they work for were visible, and they refused to speak to the press. A mini excavator was also seen on the plot.

This machine is used for all kinds of construction work, and above all for laying pipes under the road, cutting concrete, leveling.

According to publicly available documentation, the company „Rad 028“ won the tender for the construction of this facility. This company was also the only bidder. The company sent its offer on August 13th of this year, with a total agreed value of 35,020,000 dinars without VAT.

Last week, the company „Rad“ from Zvecan, which is known for frequently winning tenders in the north of Kosovo and Serbian areas south of the Ibar, together with its owner Radule Stevic, was added to a list of entities, i.e. nationals, under US sanctions. The US Department of the Treasury also connected Stevic with the „organized criminal group of Zvonko Veselinovic“.

Stevic denied these allegations for KoSSev last week, claiming that the news is just a ridiculous story. He furthermore underlined that he runs a legitimate business, but also that it has been twenty years since he has last seen Zvonko Veselinovic.

This time, however, despite multiple attempts over several days to obtain information from Stevic regarding the issue of the construction of the kindergarten in Gorazdevac, he did not answer our calls or messages.

On the other hand, only two days ago, the head of the Provisional Authority of the Municipality of Pec, Milos Dimitrijevic, told Radio Gorazdevac and KoSSev that the institution he heads has carried out all legal procedures.

„The contractor was obliged to come and perform the works as we had agreed with the Kosovo Office. I don’t know why that didn’t happen,“ said Dimitrijevic.

He announced at the time that he would contact the Kosovo Office regarding the matter.