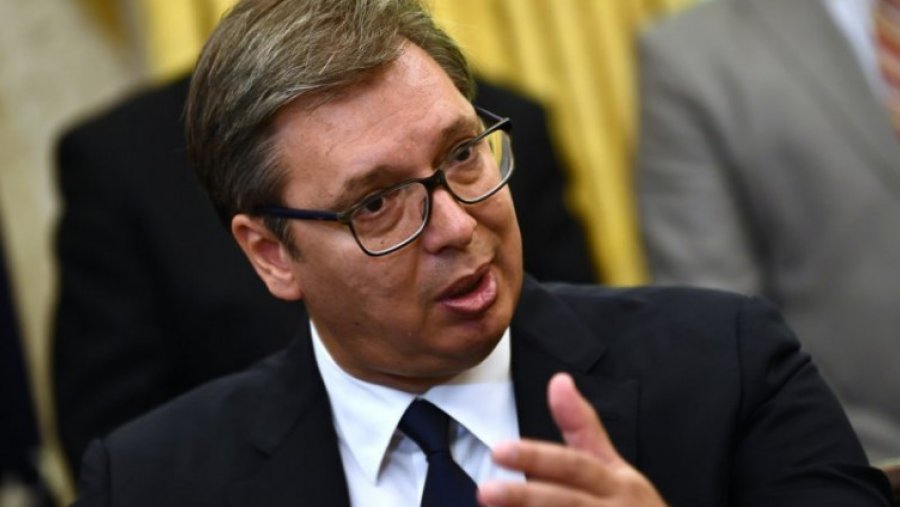 Serbia cannot accept the „generous and noble“ offer of the Kosovan side that Kosovo recognize Kosovoless Serbia, even after Serbia „pays war reparation and takes responsibility over the genocide“, Aleksandar Vucic said tonight in an interview with TV Pink.

Osmani’s and Kurti’s statements are not encouraging, on the contrary, he stated.

He asked a question to those citizens of Serbia who he claims supported the Osmani and Kurti:

„But now I would like to ask those in Serbia who supported them, and what did you support? For us to pay war reparations and for Serbs to be held accountable for the horrible crimes and genocide committed against Albanians, and only when that happens, then from the position of discussing a solution, and the only possible solution is for Serbia to receive great recognition, and that is for Kosovo to recognize the independence of Serbia without Kosovo.“

„Thank you very much for that offer, we cannot accept such an offer, regardless of the fact that it is so generous and noble on your part,“ Vucic said ironically.

This is also his first reaction to last night’s election of Vjosa Osmani-Sadriu as president of Kosovo.

„Instead of messages about dialogue and joint problem solving, Vjosa Osmani continues with a campaign of hatred and hostility toward Belgrade,“ Petkovic said in a statement.

He underlined that of the two statements Osmani gave when taking office „both were aimed at Belgrade and tinted with open animosity toward the Serb people“.

Srpska Lista were absent on Saturday and Sunday’s sessions of the Kosovo Assembly, during the vote for the Kosovo President.