Serbia will face an ultimatum this year on the Kosovo issue – something that „we will hardly be able to refuse, but something we will not be able to accept,“ the Serbian President, Aleksandar Vucic said on TV Prva this morning. Vucic also estimated that Serbia would most likely receive guarantees for EU accession, but only if it recognizes Kosovo.

The Serbian President claimed that, because of the Kosovo issue, he „wakes up fearing what the Americans and Germans and everyone else will propose next“.

He said he respects Angela Merkel and has a good relationship with her, adding that he „has fears“ before his impending departure to Berlin or Washington.

„It is not a fear for my post and life, I said goodbye to that long ago,“ the president claimed.

“The people did not want to accept it,“ he said, underlining that they like to have their heads up in the clouds, as far from reality as possible.

He added that he was the only person after Dobrica Cosic who had the courage to talk about it.

„I tried. I came out with a plan that everyone understood and pretended not to. I didn’t want to go into details because there were also hidden things there that I didn’t want our opponents to know about,“ the president stressed.

„You didn’t want that, no problem. I’m telling you now we’ll get a much worse solution that I won’t agree to. After they told me that I promised Kosovo’s independence to someone, now you will see that I did not promise that to anyone. Now they say ‘Vucic will trick us’. No, no, Vucic will not trick anyone, Vucic didn’t lie. You are the liars, the local petty crooks… I’m telling you that this will not be a good solution for Serbs and Serbia.“

When asked if an ultimatum would be presented to Serbia when it comes to the Kosovo issue, Vucic replied that it would happen this year:

„Both, something that we will hardly be able to refuse, but something we will not be allowed to accept. I am almost sure of it. Whatever it is, I can’t say it, I can only presume what the Special Envoy’s initiative will be…“

„Their idea will be an ‘association +++’, so it will go to ‘Ahtisaari ++’. And they will try to tell Serbia ‘you will get guarantees for EU accession, I am talking about the final act, I guess, but you have to recognize Kosovo and you will get special status for the Serbs here and there and that’s it’.“

The Serbian president, however, emphasized he never accepted ultimatums and that he will also strive not to endanger peace and stability or lead Serbia into war because the Serbs have „lost many children“.

He said he expects pressure on Belgrade even after the taxes are abolished. 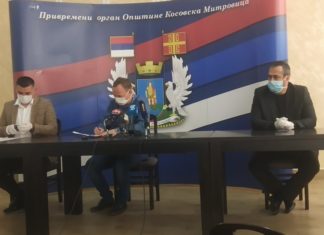