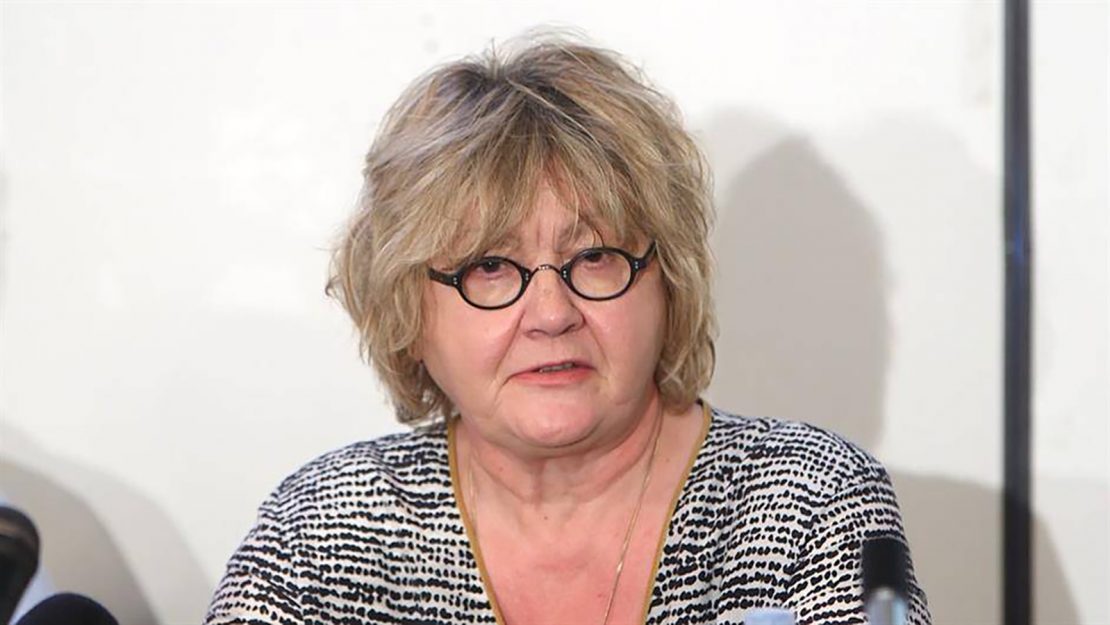 The Kosovo government has come to a bizarre and futile war with the Serb identity in Kosovo. Institutions are desperately fighting against Serb symbolism. This fight ranges from banal actions – such as confiscating items with Serbian iconography from pilgrims in Gazimestan – to worrying trends such as attempts to deny Serbian cultural heritage in Kosovo. In the latter process, the Kosovo government uses „alternative“, i.e. false historical facts, and actively misinforms Kosovo society. The narrative on our cultural heritage is being aggressively Albanianized, heading toward culturicide, Kosovo Serb politician, Rada Trajkovic, assessed in an interview for the Regional Information Agency JUGpress.

What is the current situation in Kosovo? Is the security of Serbs jeopardized?

„The lack of security can be felt at almost every step, and it is reflected, above all, through institutional lack of security – the feeling that no one will come to our aid if we need help. We currently have an absurd situation in Kosovo where the institutions that are obliged by law to protect you, unfortunately, do not do so. Simply put, Kosovo’s institutions are not reacting – or they are not reacting decisively enough – to prevent pressure and condemn the frequent incidents against the Serb community.

The most drastic example is Djakovica/Gjakova, where the constitution was practically suspended and where local Albanians de facto implemented racial laws according to which a Serb returnee, due to her nationality, is not allowed to enter an Albanian-owned shop to buy a loaf of bread. The Kosovan government remains silent on such occurrences, as well as on other cases of attacks on returnees as well as a Serb boy.

Furthermore, the Kosovan government has come to a bizarre and futile war with the Serb identity in Kosovo. Institutions are desperately fighting against Serb symbolism, and that fight ranges from banal actions – such as confiscating items with Serbian iconography from pilgrims in Gazimestan – to worrying trends such as attempts to refute Serbian cultural heritage in Kosovo. In the latter process, the Kosovo government uses „alternative“, i.e. false historical facts, and actively misinforms Kosovo society. The narrative on our cultural heritage is being aggressively Albanianized, heading toward culturicide.

Unfortunately, such irresponsibility and extremism create a fertile ground for the emergence of another kind of extremism – extremism with an Islamic prefix – because our Church and clergy, as the most visible representatives of the Christian tradition in Kosovo, are constantly demonized in public.”

What is the role of the international community, as there is an impression that they are not reacting as strongly they did before? Does the strength of their reaction depend on Belgrade’s demands?

„For us, however, such an approach of the international community is inconvenient because, unlike it, we do not have time to wait. Kosovo’s multiethnicity is already on the lower limit, and if something does not change soon, the goal of the international community to build a multiethnic Kosovo will remain just a dead letter on paper justifying the 1999 intervention.“

I don’t believe that Belgrade’s demands can coax the international community to react more strongly. Lately, however, incidents against Serbs in Kosovo have been heavily exploited in the Serbian media. Such media headlines provoke a negative reaction from Serbs in Serbia, raise the temperature and nationalist passions, which should also worry everyone who follows the situation in the region. In the Balkans, every nationalist action always gives birth to a reaction.“

Did you expect Albin Kurti and his associates to bring wartime back to the public discourse in Kosovo? Could that be dangerous for Serbs living south of the Ibar?

„Of course, I had different expectations and I hoped that Kurti would dedicate himself to his election promises: building a just society and strengthening the rule of law. I certainly did not expect that both Kurti and (Vjosa) Osmani would waste their image of „new, young people“ on the Kosovo political scene by dealing with anti-Serbian propaganda and raising nationalist passions on a daily basis, which most directly threaten the security of the Serb community.

„The fact that Kurti persistently claims that negotiations with Serbia are low on his list of priorities, despite dealing solely with Serbia since he came to power, is paradoxical. He appears to be obsessed with weakening the Serbian negotiating position, and obviously – but also wrongly – perceives the Serb community and the SOC in Kosovo not as his citizens but as elements of the actions of the state of Serbia. With that approach, he practically rejected our extended hand for cooperation.“

Unfortunately, Kurti’s approach is in favor of the opposition parties from the so-called war coalitions, which can now use Kurti’s nationalist rhetoric for destabilization of security and possible attacks on the Serb community. Kurti could jeopardize his own position of power when it is revealed that, despite strong rhetoric, he doesn’t actually have control over extremists who can destabilize Kosovo. So he started a very dangerous process: both for the Kosovo Serbs and for himself.”

How do you perceive the statements of the former EULEX judge about the removal of Oliver (from the political scene) and the trial of „KLA“ leaders?

„Everyone knows quite well that Oliver did not have the support of Belgrade, the international community, and Kosovo institutions, and that, therefore, he was destined to be removed from the political scene in order to install a new option in northern Kosovo.

“However, I don’t take Simmons’ statements seriously because he is not a credible witness. His motivation is very shady, and the statements are full of hindsight. It is clear that his testimony is intended to destabilize the institutions of the rule of law in Kosovo, as well as the work of the Special Court. Also, the fact remains that Simmons has been asking Kosovo institutions for an opportunity to present his claims before the Kosovo Parliament for a long time – but only Kurti gave him that privilege. Through Kurti’s clumsiness, we have thus obtained another crisis of the rule of law in Kosovo.”

Is the situation in Decani being „escalated“ by the person with the most influence there, Ramush Haradinaj?

„The results of the water analysis in Decani show that the cause of the poisoning is bacteriological and a result of lack of professionalism – not some kind of conspiracy. Attempts to manipulate this tragic situation and to endanger the security of the Decani Monastery and the local Serb community with disinformation are truly disappointing. The Serb community has become the boogeyman on duty in Kosovo, always there to cover up the incompetence of local actors and divert attention from some other responsible party.”

In this case, without the urgent and clear intervention of the US embassy, ​​the outcome would have been much worse because the media in Kosovo had already launched an irresponsible campaign.“

Is it true that Vjosa Osmani’s „patriotic“ statements are related to the information that her close relative received a Serbian passport to go to the west?

“I don’t know the motives for the strong rhetoric used by Osmani, but it is worrying that we hear such statements from an educated young woman and a lawyer educated in the west. I would say that her education and position require greater responsibility and political maturity. So far, we have heard only negative messages from Osmani toward Serbs, and simplistic views of regional and international relations.”

What do you think about including Bujanovac, Presevo, and Medvedja in the whole story? Is it possible that this is being done without Belgrade’s involvement?

“First of all, Belgrade is well aware that there are a lot of Albanians from Kosovo with false residences in the south of Serbia, who thus obtained Serbian documents. Internal control was carried out, and it was discovered that Serbian passports were issued to Kosovo citizens in exchange for money. Apparently, that is the reason why we now have this story about problems with addresses in the south of Serbia.”

“Of course, that does not mean that Albanians in the south of Serbia do not face other problems and discrimination. This issue deserves serious treatment and attention. But the story placed these days has a political message aimed at equating Serbs from Kosovo with Albanians from the Presevo Valley, which is unacceptable. The circumstances in which these two communities live cannot be compared. Albanians in southern Serbia are not citizens of Kosovo, and their status should have nothing to do with the Kosovo issue. Recent incidents against Kosovo Serbs remind us how unique the circumstances in which this community lives are in Europe: it is a community that can be denied the most basic rights without consequences, including the right to property and equality before the law.”