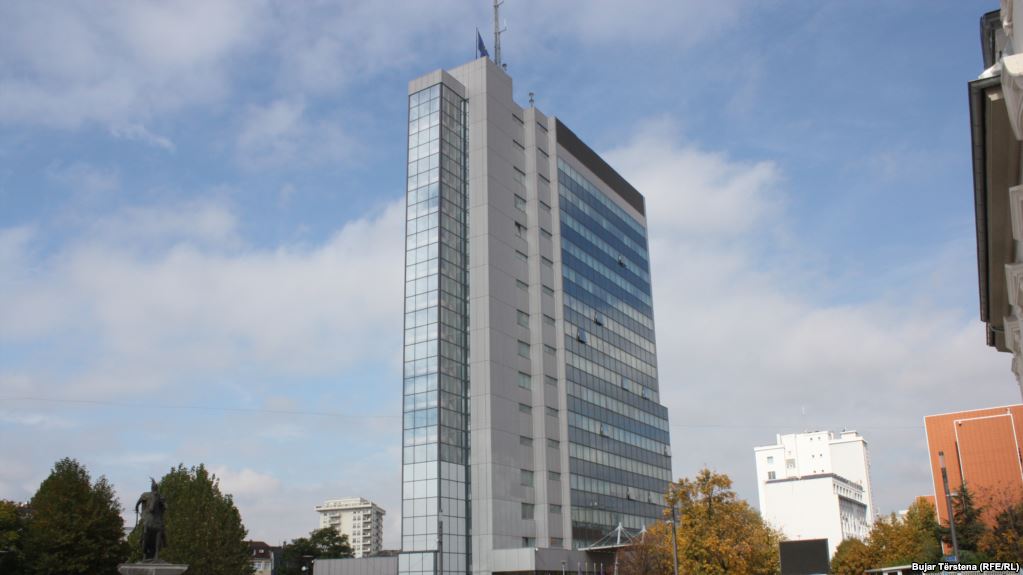 Kurti’s office also alleged that Kosovo „was not officially“ invited to this meeting. They reiterated Kurti’s well-known position that his government proposed the SEFTA agreement as a form of regional cooperation, in the place of the current CEFTA ­- as per which Kosovo does not have equal status when compared to other signatories to this regional agreement.

For Kosovo, this initiative „does not have a vision for the region“.

„Our views on the Novi Sad idea​​, the so-called ‘Mini-Schengen’, are well-known. The Novi Sad initiative does not have our approval and that is why we have not been officially invited to attend the meeting. We believe that the so-called Mini Schengen is an initiative without a vision for the region. We proposed to improve regional cooperation by shifting from CEFTA to SEFTA, according to the EFTA-EEA model, from which all Western Balkan countries would benefit at the same time,“ reads the Kosovo Prime Minister’s Office’s response to Koha.

„The Government of the Republic of Kosovo calls on the governments of the region to remain committed to the European Union’s agenda and transatlantic relations,“ the Prime Minister’s Office said.

CDHRF: Serbia is winning hands down, dusting them off like Pontius Pilate for crimes

The Council for the Defence of Human Rights and Freedoms in Kosovo (CDHRF) also reacted.

They said that regional cooperation should be realized, but “only after shedding light on the past,” Kosovo media report.

They reminded of Kurti’s refusal to participate in this initiative because it „is attempting to renew and resurrect the new Yugoslavia“.

While commenting on today’s messages sent by the „three fathers of this Balkan mini-union“, as they described Vucic, Zaev and Rama, that one cannot remain a hostage of the past, but that the future of the Balkan people must be built, and that their initiative is at the core for implementing those ideas, the CDHRF reminded that these three countries, unlike Kosovo, „have had visa liberalization for a long time“.

They also recalled that Serbia, Albania, and North Macedonia have even made great strides towards progress in the integration process, at a time when, as the CDHRF underlined, Kosovo is being completely and unjustly denied one of its basic human rights.

„Kosovo is the only country in Europe without visa liberalization, although it has met all the technical criteria, it seems to be quietly conditioned with the reaching of a political agreement with Serbia that is not publicly discussed.“

They also alleged that Kosovo has no interest in being hermetically sealed, noting that “it has suffered a lot in the last war, so it is impossible to overcome this issue without shedding light on the past.”

„Serbia stubbornly and arrogantly refuses to face its criminal past, refusing to accept the very concrete responsibility and guilt for crimes committed in Kosovo,“ the CDHRF wrote, and then proceeded to list crimes – starting from “war crimes and crimes against humanity, all the way to genocide.”

„Serbia implements a sense of impunity for its criminals and produces ‘criminals’ among Albanians (victims), while also refusing to accept the symbolic act such as an apology, which is only the first step toward normalizing relations with Kosovo,“ the organization claims.

According to them, what is even worse is that Serbia is „obviously interfering in the internal affairs of a sovereign and independent state, attempting to destabilize Kosovo in the long run through the instrumentalization of the Serb minority in Kosovo.“

The CDHRF then claimed that it considers „everyone, regardless of ethnicity or religion, political, cultural belief or social status“ as victims, assessing that „the same criteria are necessary for those who instigated, prevented or committed crimes in violation of international humanitarian law.“

„Moreover, if the Kosovo government fails to fulfill its constitutional obligation to provide justice for all victims and responsibility for all criminals, it will be identified as a human rights violator, which is obviously not a legal or moral problem for Albania and Macedonia. While Serbia is only winning hands down, dusting them off like Pontius Pilate for crimes committed in Kosovo and the former Yugoslavia,“ the CDHRF said.

A reaction to yesterday’s events in Skopje also arrived from the former Kosovo Minister for European Integration, Blerim Reka.

EPIK: The initiative does not have EU support

The executive director of the EPIK Institute, Demush Shasha, said that despite the change of the name of the initiative, the content remains the same – the empowerment of Serbia.

Shasha also revealed that this initiative does not have the support of the EU, because no financial resources have been allocated, remarking that the executive power should rely on the Berlin process, from which €29 billion are planned to be allocated for the Western Balkans in the next seven years.

Jeta Krasniqi from the Kosovo Democratic Institute (KDI) shares Shasha’s opinion. Krasniqi said that the Kosovo government should not accept initiatives that replace those initiatives coming from the EU, such as the Berlin Process.

She added, however, that it is up to the executive authorities to make an economic and political assessment of this initiative, whether it will join it or not, KosovaPress reports.

Reka wrote in a Facebook post that Aleksandar Vucic „was forced“ to change „only the name of the Novi Sad initiative“, but not its aim: „The entire Balkans within the ‘Serbian world’ – the next strategy is Belgrade“.

He also alerted that an attempt is thus being made to create a new Yugoslavia, that is, Serbian hegemony.

Reka furthermore claimed that from 2019, Belgrade has been trying to sell the idea of a „European Yugoslavia“, with another name „Balkan Mini-Schengen“, but again under „Serbian commercial, military and political hegemony“.

„The name change did not change the content. As a state of southern Slavs at the time, today as ‘regional integration’ with Albania plus. Neither Montenegro (the last constituent of last Yugoslavia), and even Bosnia and Herzegovina (with the Republika Srpska), were not attracted by Belgrade’s offer,“ the former minister pointed out.

He stated that this initiative was „categorically rejected“ by Kosovo.

Self-determination from Tirana: On this day in 1913, only half of the territory was recognized as Independent Albania, Rama violated the rights of Kosovo and Albanians today

The term „Serb collaborationist“ was used today by Boiken Abazi from the Self-Determination Movement in Tirana. Abazi said in a Facebook post that today’s signature of Edi Rama will remain in history – as the signature of „collaborationist prime minister on Serbia’s expansionist plans.“ He furthermore claimed that Rama is placing Albania „under the economic domination of Serbia, thus further impoverishing it.“

„With these agreements, Rama is attempting to sabotage the attempt to bring Serbia to justice and for it to be held responsible for the genocide it committed against the Albanian people, which is now cleaning up its image internationally and normalizing aggressive politics for which it has never apologized,“ he said.

„By signing (cf. these agreements), Rama violated the rights of Kosovo and the entire nation,“ the activist from Tirana added.

Abazi also objected to the date of the signing of the Skopje agreements. He reminded that on this day 108 years ago, at the London Conference, it was decided to „recognize only half of the territory as an independent Albania, thus leaving over 40% of the Albanian people outside the borders under pressure from Serbia and Greece.“

„The decisions made at that conference created a historical injustice that the Albanian people have suffered from to this day,“ Abazi said.

Rama: Those who live in a parallel world think that this will resurrect Yugoslavia

„Whoever says that this initiative was drafted in the former Yugoslav cellars in order to resurrect the former Yugoslavia, to give hegemony to Serbia because it is the most powerful country in the region and that it will take everything away from us, I think that the man who is saying this lives in some parallel world and that he lives to lead politics off the backs of citizens, and not for the benefit and improvement of life,“ Albanian Prime Minister Edi Rama said at the forum in Skopje yesterday.

„I know what Kosovo is thinking and that is why I have an absolutely opposite position and I believe that all countries must be part of this process and give their best to improve and advance this process because it is for the good of their countries and citizens and each part of their system. Every lost day is a day of looking back. In the name of conflicts, wars and all unresolved issues between us, all these unresolved issues will not be resolved more easily between us if we reject the potential of such a partnership,“ the Albanian Prime Minister said.

He described the assessments that Serbia is trying to „reach the sea“ through this initiative as narrow-minded.

Stressing that the past must not dictate how the Balkan peoples progress economically, he criticized the „patriots of Albania“:

„The patriots who are talking about the railway. Which railroad are they talking about? Which international investors will throw away so much money needed to build one railway if the train only travels to destinations within one country. Then they said – well, that train can run towards Pristina… and who will get on that train?!“

For Albania, this initiative is strategic, Rama emphasized.

We will continue with all our strength to move forward toward the goals we set so that this system for the flow of goods, capital, services is the same as the one in the EU, Rama said in Skopje yesterday.

„In the meantime, Kosovo has categorically rejected it, not only because it was not invited as a sovereign and independent state, but also because of the risk of replacing EU membership with regional integration under Serb supervision,“ he concluded.

The idea on a Balkan Mini Schengen was presented to the public in Ohrid two years ago by Serbian President Aleksandar Vucic, his Albanian counterpart, Edi Rama and Macedonian Prime Minister Zoran Zaev, who signed a joint declaration on regional cooperation to „remove all obstacles to the free movement of people, goods, services and capital.“

Neither Montenegro nor Bosnia and Herzegovina have joined the initiative to date.

Vucic: Kurti is mistaken in thinking he’ll win with chauvinistic messages and closing Pristina instead of cooperation