Ahead of the seventh extraordinary parliamentary elections in Kosovo scheduled for October 6, the Kosovo Serb political scene is divided over whether to participate in these elections, or not, while those willing to take a chance are confronted by the in so far major Kosovo Serb force – Srpska Lista. Such a political landscape seems rather confusing to the public. Three parties and one coalition – the „Koalicija Slobode“ (Freedom Coalition) representing the Kosovo Serb community have registered to participate in the upcoming parliamentary elections. They are comprised of 50 candidates in total, which the CEC verified on October 9.

In the coming days, KoSSev will introduce a who is who in this Kosovo Serb political landscape. Here we present the Kosovo Serb Party (Partija Kosovskih Srba) – one of the three parties representing Kosovo Serbs that registered to participate in Kosovo parliamentary elections.

„We expect a brutal campaign with threats and intimidation of both voters and political opponents. We expect Srpska Lista to actively work on breaking the unity among Kosovo Serbs in order to open the way to a dangerous plan – the delimitation with Albanians. We believe that if such plan is implemented, it would be the last strike to Serbs south of the Ibar and a major security risk for Serbs in northern Kosovo,“ the KSP president and list leader, Aleksandar Jablanovic told KoSSev.

The Kosovo Serb Party submitted a list of 12 MP candidates to the CEC on Friday that are set to compete for a seat in the seventh convocation of the Kosovo Assembly. In addition to Aleksandar Jablanovic, the list also includes Dragan Jablanovic, Vidina Radojevic, Uros Vasovic, Andrija Ignjatovic, Kristina Nikolcevic, Aleksandar Canovic, Bojan Stanisavljevic, Suzana Milunovic, Goran Lesevic, Cedomir Timotijevic and Sladjana Radovic.

Warnings of pressures and incidents

Jablanovic and the KSP also warned of the pressures during the pre-election campaign for the 2017 Kosovo extraordinary elections. Jablanovic carried a gun for the duration of the campaign, even when he was putting up posters. Several incidents occurred during this period.

In addition, the premises of the party were shot at, as was the cabinet of former mayor Dragan Jablanovic – Aleksandar’s father. The KSP also maintained that their campaign posters and material were stolen.

Srpska Lista then claimed that Jablanovic was arrested for using a weapon, which Jablanovic denied, claiming that he was attacked. Moreover, while Jablanovic was holding a press conference, Srpska Lista and its supporters protested outside the conference rooms, making a lot of noise and shouting „Aca the monster!“ and „Aca the Shiptar!“

The Kosovo Serb Party is a relatively new political party. It was founded in May 2017 and most of its supporters and members come from Leposavic. So far, the party participated in two elections – the parliamentary, when they won 2,126 votes, and the local elections in 2017. This Kosovo Serb party did not participate in the mayoral elections in the northern municipalities held in May this year.

KSP leader Aleksandar Jablanovic, however, has been active on the Kosovo political scene prior to founding this party. He was a the founder and a former president of Srpska Lista, with which he joined the government in Pristina in 2014. Jablanovic then served as

Kosovo’s Minister of Communities and Returns but was dismissed two months later.
The Kosovo Prime Minister dismissed Jablanovic over his statement on Christmas Eve in the Zociste village when he referred to the protesters who prevented displaced Serbs from visiting the church in Djakovica that day as „savages“.

Jablanovic’s statement was met with great displeasure and criticism in Kosovo and provoked a dozen protests.

After he was dismissed from the Kosovo government, Jablanovic was appointed State Secretary at the Ministry of Labor and Social Affairs of the Government of the Republic of Serbia. However, he resigned after his brother was arrested for drug trafficking. Jablanovic’s brother was in an official car of the Ministry of Labor, Employment, Veteran and Social Affairs at the time of his arrest. Jablanovic said that he accepts full responsibility for allowing his brother and his wife to be transported in an official vehicle that day.

Aleksandar Jablanovic also served as a councilor and Vice-President of the Leposavic MA within the Serbian system. He was also a chairman of the Board of Directors of the Pristina Student Center in North Mitrovica, as well as an MP in the Serbian Parliament. 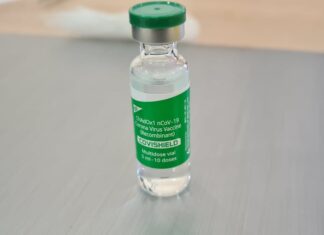