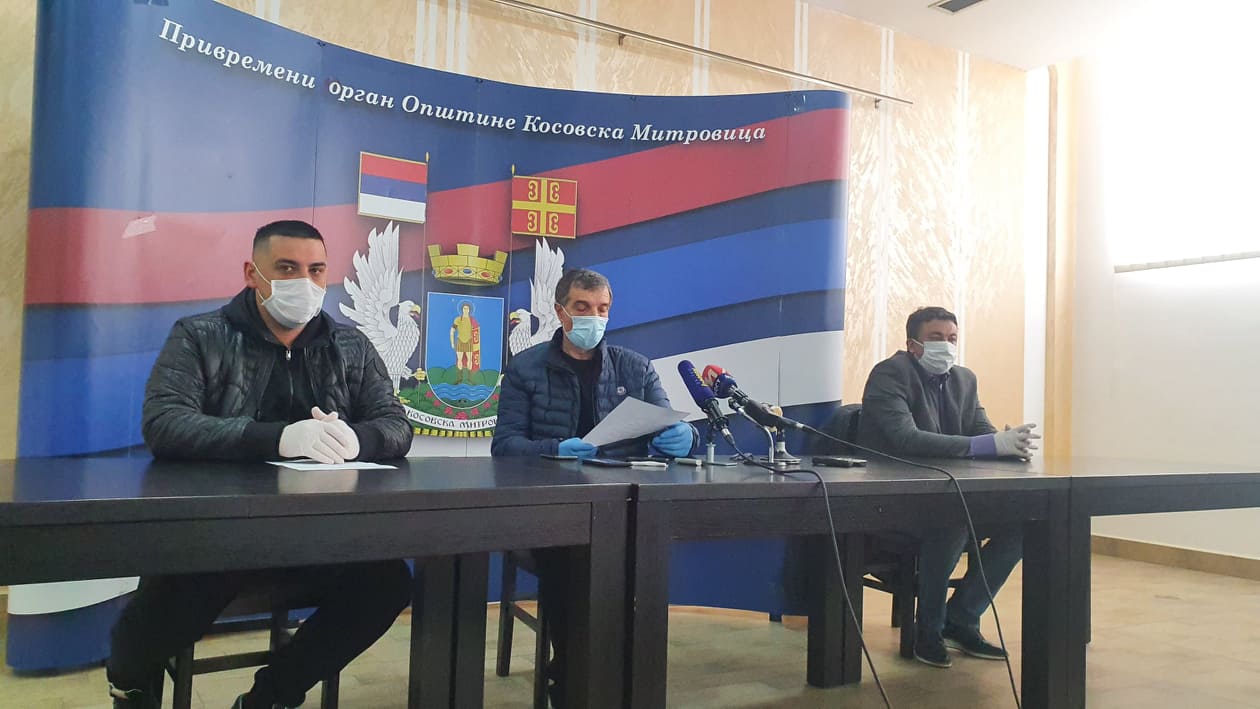 Five more people from Kosovo Serb communities tested positive for coronavirus, the Serbian-sponsored emergency team confirmed in North Mitrovica today. Three of the infected are from North Mitrovica and the other two are from Zvecan.

„The number of newly infected in Serb-majority municipalities in Kosovo are as follows – there are three new cases in North Mitrovica, so 14 people in total have been infected in this city, while there are two more confirmed cases in Zvecan, therefore, in total, 6 people from this municipality have tested positive. There are two cases in Leposavic, one of whom has passed away,” the head of the Public Health Institute in North Mitrovica, Milos Mirkovic said.

He recalled that only one person from central Kosovo was infected, adding that, in total, there are 22 confirmed coronavirus cases in Kosovo Serb communities.

Three patients are currently receiving treatment at the Hospital Center Nis, one in Belgrade, while the other infected people are in thek North Mitrovica Hospital Center or self-isolation, and they are in stable condition, he added.

Mirkovic announced that more samples were sent to the Veterinary Institute in Kraljevo this morning.

Lists of people from northern Kosovo who are in isolation, containing their personal information, including their mobile phone numbers, and how many days they were required to spend in self-isolation, appeared on social networks yesterday. The same lists were subsequently published by some Kosovo media.

The head of Provisional Authority of Zvecan and Kosovska Mitrovica municipality, Aleksandar Spiric and Ivan Todosijevic strongly condemned the release of personal and health information of north Kosovo citizens, announcing that the persons guilty of sharing this information will be severely punished.

At the same time, the head of the Public Health Institute in North Mitrovica, Milos Mirkovic claimed that the information was not leaked from this institute, adding that the lists are also forwarded to the Kosovo Police.

At the proposal of epidemiologists who have recently visited the north of Kosovo, patients with mild coronavirus symptoms will be placed in student dormitories in North Mitrovica, the Kosovska Mitrovica emergency team said. Today, 13 people will be placed in student dormitories, The head of the provisional Serbian-sponsored authority in Kosovska Mitrovica Aleksandar Spiric announced.

On the other hand, more severe cases will be transported and treated at the infectious ward at the Clinical Center Nis and Belgrade.

Spiric stressed that everything now depends on the citizens themselves and their discipline. He warned that further measures could be imposed and that a full lockdown could be introduced if the citizens do not show discipline.

Jako nevreme u Srbiji, i na Severu vetar i kiša