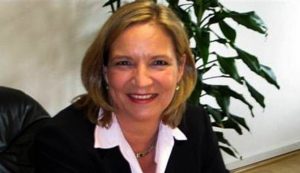 The indictments filed against Hashim Thaci and Kadri Veseli are an earthquake that will cause a tsunami in the political landscape in Kosovo, the Balkan analyst from Germany, Johanna Deimel said in a statement for KoSSev.

“A game changer, which comes absolutely at the right time and suggests more than a coincidence,” Deimel said in a written reply to KoSSev.

“Anyone who, like me, has increasingly lost faith in the fact that the Special Court will actually bring charges at some point has now been taught a better lesson: the charges against President Thaci and former spokesman Kadri Veseli are an earthquake that will cause a tsunami in the political landscape in Kosovo.”

It brings the talks in Washington on 27th June to a close – she added.

“This is not the show in the Rose Garden that Grenell would have wanted, it brings the talks in Washington on 27th June to a close,” she noted, expressing doubts that Grenell will sit down at the table with a person accused of war crimes and crimes against humanity. Immediately after Deimel expressed her doubts, Grenell himself officially confirmed that Thaci canceled his Washington trip.

According to Deimel, if Thaci had “backbone and integrity,” then following the example of Ramush Haradinaj, he would immediately resign from “office and resign as president of his country.”

“Central figures of the old war guard, who usurped the state, will have to stand before the court and will thus also be politically delegitimized domestically and internationally,” she pointed out.

The Kosovo Special Prosecutor announced today that it filed an indictment with the Kosovo Specialist Chambers against Kosovo President, Hashim Thaci and the President of the PDK and one of the most influential politicians in Kosovo – Kadri Veseli and other persons whose names have not been announced. According to the indictment, they are charged with “a range of crimes against humanity and war crimes, including murder, enforced disappearance of persons, persecution, and torture.“

The indictment alleges that they are criminally responsible for nearly 100 murders. There are now only four months left from the six-month statutory deadline from April 24the for the pre-trial judge to confirm or dismiss the indictment.