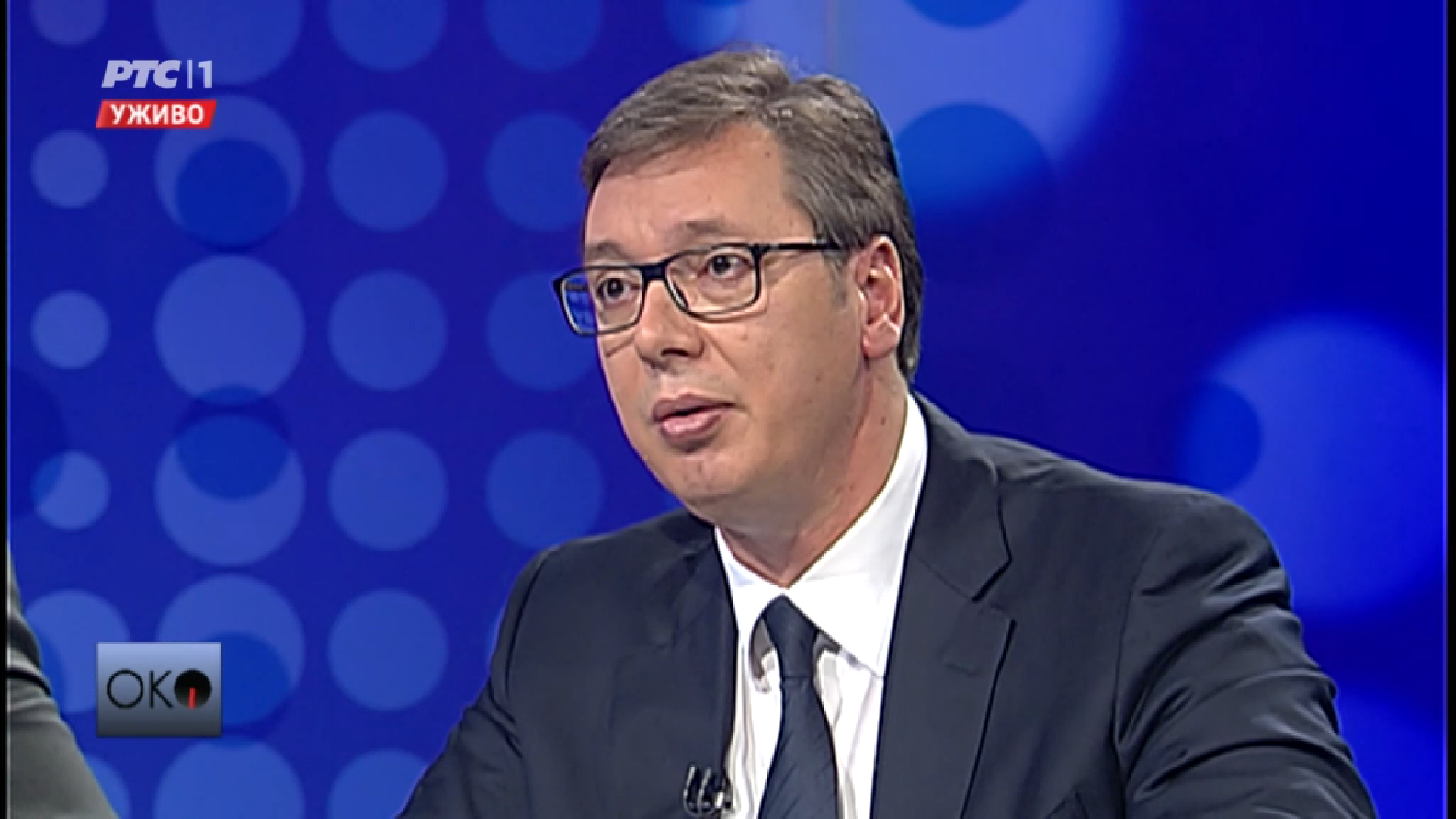 The Serbian President, Aleksandar Vucic talked about Srpska Lista Vice-President, Milan Radoicic from the RTS studio on Monday: “Milan Radoicic is not Oliver’s killer“ and he „was always the first to defend North Mitrovica“. He did not either participate in the“organization, logistics, aiding, inciting,“ of Ivanovic’s murder or whatsoever.

The President also said that the results of the polygraph test Radoicic allegedly took the same day, before interviews, proved his innocence in the case of Ivanovic’s murder.

Vucic claimed that Milan Radoicic is the main suspect in order to link the President himself with this murder, who would be portrayed as a „fascist leader who killed half his country“.

„Milan Radoicic was questioned in Belgrade today, a man who was indicted by agents of certain foreign services, by the media who would like to say that Vucic is a great fascist leader who killed half his country, because they cannot defeat me in any other way,“Vucic said.

„The entire time they were setting him up as the killer,“ he added.

Pristina would strike a triple blow to Serbia by murdering Radoicic, the President underlined, adding that they wanted to demolish Belgrade’s position in the strenuous negotiations and to demolish the north of Kosovo.

The President of Serbia went on with more shocking news:

„Special Kosovo police units were intent on killing him in an arrest operation on Thursday morning in order to assign the blame for the murder of Oliver Ivanovic on official Belgrade. Such accusations would weaken the negotiating position of Serbia and force the Serbian authorities to accept an agreement on the future of Kosovo which is not convenient for the Serbian state,“ claimed the Serbian President.

„Oliver Ivanovic was thus killed with the hope that the SNS will lose local elections in Belgrade,” he added.

The President confirmed that the Kosovo special police units wanted “to kill” Radoicic, claiming that a member of drug clan was blackmailed into accusing Radoicic of murdering Ivanovic.

„They wanted to wrap up the entire story and accuse Belgrade,“ Vucic explained the motive for the murder of Oliver Ivanovic, adding that he believes that Radoicic’s willingness to resist the Albanians was another motive for this false accusation.

„Oliver Ivanovic was killed on January 16th, if I did not make a mistake and I do not think I did. It was the day, let me remind you, when the Belgrade elections were called here. Is that right? Forty-five days before the election. Right on that day. Someone chose a special moment, we will find out later why. Several results were supposed to be achieved with this,“ President Aleksandar Vucic described the plan behind the assassination of the most prominent Kosovo Serb leader.

We found out that Milan Radoicic, this notorious killer, did not kill Oliver Ivanovic and Serbian police can say that today with full certainty

„Serbia has a lot of information about the murder of Oliver Ivanovic,“ the President claimed on the other side, not specifying, however, what information exactly. Serbia is conducting the investigation on the murder  “in impossible conditions”. Vucic simultaneously  expressed his dissatisfaction with Pristina’s investigation, and criticized its“sloppy work”: „We never got the shells, they never sent us anything, what they asked from us, we listened to everything.“

He also revealed that Radoicic was „unofficially questioned“ by the Kosovo Police on February 21st this year in North Mitrovica.