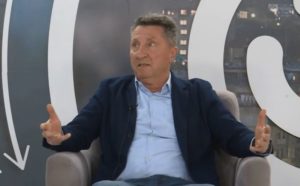 Thaci’s invitation and today’s meetings are not meaningful and significant enough because the strongest and most dominant figure in Kosovo – Albin Kurti, did not respond to it – a political analyst from Silovo, Ljubomir Stanojkovic told KoSSev, commenting on today’s meeting between Hashim Thaci and Kosovo parliamentary leaders. Stanojkovic believes Thaci made this move with the support of the US and that Kurti is also aware of this. According to him, Kurti will have to act in accordance with the Washington agenda. „Because if he won’t – there is someone who will,“ Stanojkovic also said.

Thaci informed parliamentary leaders about his last week’s meetings in Washington, including the one with the Serbian President, Aleksandar Vucic. This however took place an entire week after his Washington visit.

The today’s agenda included the Belgrade-Pristina dialogue, the political situation in Kosovo, internal and external consolidation, the EU and NATO future – all aimed at national interest and consolidation.

According to Stanojkovic, the opportunity for all current political actors to meet and express their views and opinions on such an important issue as the continuation of the Belgrade-Pristina dialogue is “interesting” and “novel.”

He emphasized that it is evident that Washington has set the agenda for the dialogue and that it has „its blueprint(s) but also an implementation deadline“.

„I believe that Mr. Thaci made such a move with the support and recommendation of the US administration, which sees Thaci as a constructive political figure,“ he added.

Speaking about Kosovo Prime Minister, Albin Kurti’s lack of response to Thaci’s invitation, Stanojkovic pointed out that this shows that today’s event was not “meaningful or significant enough”.

Nevertheless, he also emphasized that Kurti is aware of the support Thaci has in Washington.

„Kurti certainly knows it, as well as that he must also act in accordance with that set agenda, at least when it comes to this dialogue. Otherwise, if he won’t, there is someone who will,“ this political analyst stressed.

When asked if these talks mean that Thaci’s „consensus“ could be interpreted as an attempt to secure broader support for the overthrow of Kurti’s government, Stanojkovic replied that he does not interpret it this way and that, according to him, Thaci’s latest initiative is a message to Kurti for something else:

„(…) To let Mr. Kurti know that there is not much space or time for some new ideas that have not yet been worked out.“

Speaking about Kurti’s future steps, Stanojkovic pointed out that he will prolong making any steps in all possible ways.

„His rigid and unconstructive behavior is in favor of Belgrade – and this is obvious to everyone. Now all of a sudden, Serbs are no longer bad guys, but Kosovo Albanians aspire to be given this epithet if they haven’t already got it,“ he emphasized.

In the end, I think Kurti will yield, but this will cost him a lot – this analyst concluded.

As much as Mr Kurti – as an oppositionist – is aggressive, intolerant and stern about the Belgrade-Pristina dialogue, he will yield, but it will go slow, which will cost Kosovo a lot when it comes to support of the international community in every respect, and above all political and economic!

Bajrami: The greater challenge for Kurti’s government is its lack of unity, not Thaci’s plans