A protest was held in North Mitrovica today against „the anti-civilization taxes, political persecution, staged warrants, attempts to seize Trepca and stifle the rights of Serbs in Kosovo“ – as was announced yesterday by the student leader and Srpska Lista councilor, Nemanja Bisevac and the head of North Mitrovica Hospital Center, Milan Ivanovic. The protest was marked with the show of support to Serbian President, Aleksandar Vucic and harsh criticism of the Serbian opposition, the Albanians, the West, and those who express different views to the SNS and state’s rhetoric.

Simic: Albanians “hoped to leave us both thirsty and hungry and that we will surrender in the end”

Srpska Lista Vice-President and a Kosovo Parliament deputy, Igor Simic revealed what he believes are the intentions of the Pristina authorities and coalition partners of Srpska Lista, claiming that „(they) on the other side of the bridge hoped that we would bend the knee.“
„They hoped to leave us both thirsty and hungry and that we will surrender in the end. Their expectations were futile because today they had a chance to see us, never stronger, more united and determined in our intent to stay and survive in this region,“ he emphasized.

Simic argued that the Serbs will continue to protect Trepca, but also other economic potentials, against all attempts of Pristina while underlining the imposed taxes and the „false charges“ against his colleague, Milan Radoicic, as some of the attacks carried out against the Serbs.

„They started by imposing taxes, after which they started staging false charges against all those who were not ready to bow down before their threats. The Vice-President of Srpska Lista, Milan Radoicic is one of them. They have to understand that whether someone is named Milos Obilic, Milan Radoicic, Goran, Dragan, the name is not important, we are all determined to stay and survive because we are defending this small piece of freedom left to us by our ancestors,“ he said.

Although part of the protest was devoted to insults and criticism of the opposition in Serbia, Simic claimed that „there is no, there can be no disunion, among us.“

He also criticized the international community in Kosovo, seeing it as the key which could lead to the suspension of the decision of the government of Ramush Haradinaj – the same government in which two of his party colleagues have a technical mandate.

„The international community and representatives send their envoys to these areas, and as I read on one poster here, foreigners are coming and going, and the taxes remain. The taxes remain, the problems remain, but we also remain determined to defend our homes, united and in harmony,“ Simic concluded.

„The Shiptars’ drug cartel authorities attempt to complete ethnic cleansing and the creation of a so-called independent Kosovo, with the help of their western mentors,“ the head of North Mitrovica Hospital Center, Milan Ivanovic stated. This “drug cartel”, according to Ivanovic, works „100% both institutionally and non-institutionally“.

Like Simic, he also cited attempts to „seize“ Gazivode and Trepca, by which the Albanians want to „take away jobs of the Serbs“, the attempt to “annex” Mitrovica, which Ivanovic described as „ethnic cleansing“.

Ivanovic also spoke of the formation of the „UCK army“, by which they want to „occupy the north“ and cause an inter-ethnic conflict, but „fortunately, courtesy of the reaction” of the Serbian Minister of Defence, „the Serbian security forces will not allow violence“ against Serbs in Kosovo.

He sent a message to the Serbs to be united because they are in „an enemy environment“ with Albanians and „malignant influences from the West“.

He also harshly criticized the opposition in Serbia, using an insulting description, as well as one of the clergymen whom he called „a yellow Abbot“.

The head of the Hospital Center in North Mitrovica also conveyed the messages from the President’s cabinet that „the state dedicatedly stands with Serbs” and that the President „will not allow a Kosovo Storm (operation)“. 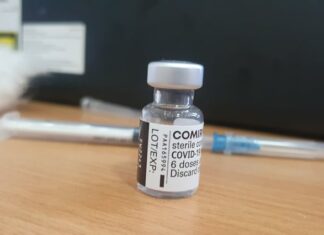