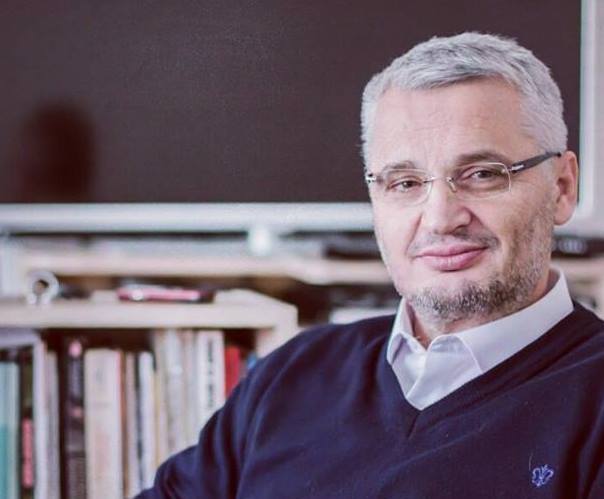 Recently, a Kosovo public service journalist received a second reprimand for using the term „Metohija“, which was interpreted as spreading racial and religious intolerance, as well as inappropriate behavior within RTK. This is just one in a series of similar situations in which the term „Metohija“ has been predominantly polarizing Serbs and Albanians for decades. The absence of public debate on this issue has turned the term into a taboo topic and it is not the only term that has an impact over extending the lack of understanding between the two peoples. With the aim of encouraging public debate, the KoSSev portal will publish a series of op-eds on this issue in the coming period.

Read an article written by Stefan Surlic, an associate at the University of Belgrade – Faculty of Political Sciences:

What happened with Metohija?

Imagine a situation that is hard to imagine, but still give it a try! Try to imagine an RTS journalist persistently referring to Kosovo as an independent state, and insisting on the crimes that the Serb state committed against civilians in Kosovo in some show. Or, better yet, don’t play with impossible things.

Now, try to imagine a similar situation at RTK – also a public service broadcaster, a Serb journalist referring to Kosovo by an unconstitutional name, denying the crimes that the Serbian state committed against Albanian civilians…! You don’t have to imagine it because it happens every day. I will now most likely be accused of parallelism, subjectivity, and so on.

Let us look at the bigger picture. There are many politicians, if not the majority of the intellectuals in the Kosovo Serbian community, who deliberately ignore the official name of Kosovo on television – a name defined by the constitution and the law of the Republic of Kosovo. In contrast, in Serbia there are only a few Serbian politicians, civil society activists, and intellectuals who call Kosovo a state or a republic. Some are even Albanian, citizens of the Republic of Serbia, mostly from the Presevo Valley. There are few Serbs in Kosovo who recognize Kosovo as their state, and even fewer who say so publicly. I do not know a single Albanian in Kosovo who does not recognize Kosovo as his state or may be reluctant to state it publicly unless it is an Albanian who left Kosovo with the Serbian police and army.

On the other hand, I am not aware of any case in which a journalist on Serbian television publicly insisted that Kosovo should be called a state or a republic, and it seems even less possible that a journalist of the public service beoadcaster, that is, RTS, could do so. Of course, there are those who, in debates, mostly on private television, recognize Kosovo as a state, but they are mostly anathematized by the public, people who are believed to be Serbian traitors or foreign spies.

As far as private television stations in Serbian language in Kosovo are concerned, it is common that Kosovo is called by an „official“ name, according to the Constitution of Serbia, that is, as „Kosovo and Metohija,“ ignoring the Constitution of the Republic of Kosovo.

Moreover, until recently, it was normal for a minister in the Government of the Republic of Kosovo, or Serb members of the Kosovo Parliament, to refer to Kosovo by an unconstitutional name. It was a phenomenon that irritated citizens of Albanian and other nationalities.

Moreover, it was normal for them to recognize the Serbian government as their real government, while only receiving a salary from the Kosovo government.

A journalist of the public service broadcaster insisted that Kosovo be called by a name that is not envisaged by the constitution and laws, which were adopted by the Assembly of Kosovo, the founder of public television, where she works and receives a salary. Even though she was warned, she consciously refused to respect her obligation, invoking freedom of expression, as an inalienable right of every citizen, and, according to her stance – the right of a journalist on a public service television station It is what it is. Did she have the right? Is it really a matter of freedom of expression or is it a violation for which consequences should be borne?

Almost 100% of citizens from the Albanian community and the majority of citizens of other nationalities in Kosovo do not see this as a matter of freedom of expression. Personally, I participated in debates with Serbian politicians, intellectuals, and civil society representatives in Kosovo many times. I faced such rhetoric many times, and the name „Kosovo and Metohija“ was persistently used by Serbs. I mostly accepted that as freedom of expression, but if a journalist imposed that name on me, a journalist who does not represent himself, but an institution, I would insist on that name. I would then say that this was not the position of their institution.

If a certain journalist used that term on RTK, but in a debate in which she was a participant and not a presenter, it could be classified within the framework of freedom of expression, but if she did that as a presenter, or as a journalist, who reads the news, or while participating in a show on behalf of public service, I think she has no right to do that – to refer to Kosovo by an unconstitutional name. Moreover, legally speaking, the institution of television, whether private or public, should not be abused by a journalist insisting on an unconstitutional name, while the participants in a debate should not be prevented or reprimanded for doing so.

It may sound complicated, but the media outlets are established by law, and work according to it. That is, journalists have other obligations, and other rights, while every citizen who participates in a debate, or conversation, or gives statements to any media, has the right to speak freely according to one’s convictions.

Let’s round up! A journalist has no right to impose his views or to insist on something unconstitutional, and illegal, although he cannot be prevented from legally fighting for his opinion or his views. If a public service journalist refuses what he is obliged to do by law and the constitution, he should be ready to accept the consequences for his disrespect of the law. If, however, this is done by a journalist working for a media outlet registered in Kosovo, then he should certainly keep in mind the legal norms that are in force. Professionally speaking, editorial policy and institutions must be respected, the law must be respected. If we are going to treat it as a question of (in)justice, then we should fight for such things with politics.

Fadil Lepaja was born in 1962 in Podujevo. He is a columnist in Pristina and the founder of the Center for Balkan Studies, an NGO that brings together analysts dealing with interethnic and interreligious topics. He holds a degree in literature. In postgraduate studies, Lepaja studied mass communication. In the 1980s, Lepaja was one of the leaders of the ‘People’s Movement for the Republic of Kosovo’, a political prisoner in the former Yugoslavia, and in the 1990s he was an LDK youth official, LDK human rights activist, and an activist of the Human Rights Committee. Lepaja joined the KLA in the late 1990s.