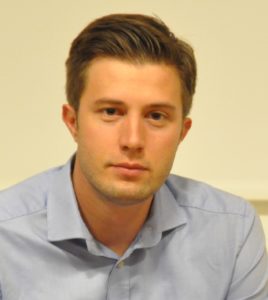 Recently, a Kosovo public service journalist received a second reprimand for using the term „Metohija“, which was interpreted as spreading racial and religious intolerance, as well as inappropriate behavior within RTK. This is just one in a series of similar situations in which the term „Metohija“ has been predominantly polarizing Serbs and Albanians for decades. The absence of public debate on this issue has turned the term into a taboo topic and it is not the only term that has an impact over extending the lack of understanding between the two peoples. With the aim of encouraging public debate, the KoSSev portal will publish a series of op-eds on this issue in the coming period.

As Petrit Imami writes in the book „Serbs and Albanians through Centuries,“ there was a conflict between Albanian quisling-nationalists and anti-fascists during World War II. In response to the abuse of the Prizren League in 1878, in the newspaper KPJ Sloboda (1943), Fadil Hoxha announced: „The peoples of Kosovo and Metohija will organize a conference, perhaps not in Prizren, which will hold more importance than the one in 1878. (Imami, 2016: 469).” This Bujan conference, created as a response to the Second Prizren League, was later contested in CPY circles mostly due to the following sentence: „Kosovo and Dukagjin/Metohija is an area mostly inhabited by the Shiptar people, who today, as always, want to unite with Shipnija (470).”

The autonomous region of Kosovo and Metohija was created as early as 1945. It was confirmed in the Constitution a year later. A constitutional solution from 1963 expanded the autonomous competencies of the province of „Kosovo and Metohija“. The term Metohija was removed from its official title only with the Constitution of the SFRY from 1974, when the province, although still part of the FR of Serbia, essentially rose to the level of an equal federal unit. With Milosevic coming into power, the autonomy of Kosovo was reduced to the authority of the 1963 Constitution, and the term Metohija was returned to its official name. The derogation of competencies by the majority of Albanians and their representatives was understood as an act of abolition of autonomy. Later, the experience of conflict and repression by the state apparatus led to an ingrained opinion among the Albanian population that the term „Metohija“ was offensive because it was „imposed by Milosevic.“ Historically speaking, Metohija is a much older term, of Greek origin, the plural form of „monastery property“.

The recent attack on the RTK2 journalist raises the question of whether the use of the term Metohija necessarily implies a political stance. As it was already pointed out, the term itself does not contain any offensive meaning, and at the same time, its use is historically and geographically based. Serbs living or coming from Metohija have the full right to use their geographical toponym, as do the Albanians who live in the area they call „Dukagjinit“.

However, the dispute on the political status of Kosovo between Belgrade and Pristina complicates the interpretation and turns the term into a source of conflict. In accordance with the Constitution of Serbia from 2006, „Kosovo and Metohija“ is the official name of the province with the envisaged essential autonomy. On the other hand, according to the Constitution adopted by the Pristina authorities in 2008, „Kosovo“ is the name of an independent state, the entire territory, including the region of Metohija.

In the absence of a final agreement, the use of one of the two terms in the wrong company, environment, or media outlet reminds us of the Nectar commercial „Choice matters“. The antagonisms between Serbs and Albanians are reflected in everyday life. Today, they are determining the fate of a journalist, and tomorrow, they could determine the fate of any of us. In Serbia, mentioning Kosovo in an official capacity and omitting the term Metohija is interpreted by national well-wishers as a hostile and anti-patriotic attitude. On the other hand, some of the Albanian representatives often suggest to their international friends that, despite the standardized name, they should use the term „Kosova“ in English because „Kosovo sounds too Serbian.“

Neither will someone be a greater Albanian if he attacks the use of the term Metohija with all his means, nor will someone be a lesser Serb if he omits Metohija when mentioning Kosovo. Metohija is indisputably a historically, geographically, and legally-politically grounded term and the negative feelings that its (dis)use arouses are proportional to the degree of our readiness for tolerance and understanding. Let us keep that in mind before any epochal agreement.