In the last two days, over 50 trucks carrying Serbian goods entered Kosovo. After the new Kosovo government decided on Saturday to repeal two measures introduced by the previous government based on the reciprocity principle with Serbia, the movement of commercial goods in both directions has been functioning without major problems, although much smaller quantities of Kosovan goods are entering central Serbia than the other way around. Trade, however, is still hampered by the lack of harmonization of veterinary certificates, which mostly affects the meat and dairy industry. In practice, this means that Serbian meat and dairy products cannot be legally imported into Kosovo.

„In the last two days, more than 50 trucks with Serbian goods entered Kosovo. Food items are also coming in. Goods are also exported from Kosovo to the Serbian market, but in a smaller quantity – mostly fruits and vegetables. We have not had any problems in the last few days, not even with the export of Kosovan goods,“ the Kosovo Customs spokesman, Adriatic Stavileci told KoSSev.

15 of the 52 required certificates have been harmonized

While trucks with Serbian goods are entering Kosovo, a long process of harmonization of the necessary certificates that accompany the goods on both sides has been ongoing for many years, such as phytosanitary and veterinary certificates, is also taking place. This process, however, has been deadlocked ever since the taxes on Serbian goods were introduced. The taxes were removed in April this year.

The head of the Center for Regional Cooperation of the Serbian Chamber of Commerce, Aleksandar Radovanovic has been involved in the Brussels process of bringing the two business communities closer since 2013. Radovanovic told KoSSev that the harmonization of 52 veterinary certificates – of which only about 15 have been harmonized so far – has been on the agenda of the technical dialogue conducted between the two chambers under the auspices of the Eurochambres from Brussels. 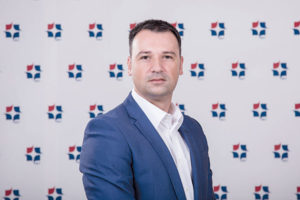 „For example, we have made an agreement regarding animal feed – for live cattle. The harmonization was carried out by November 2018, practically just before the introduction of taxes on Serbian goods by the Kosovo side. The key certificates that have not been harmonized and they refer to 80% of meat and meat products, as well as for milk and dairy products and eggs,“ Radovanovic said.

According to him, the certificates in question had already been agreed in Brussels before November, and the only thing left was for them to be translated into Albanian and for the Kosovo side to verify them.

„However, to this day, the reply confirming the entire deal that was made when the certificates we are talking about were formatted has still not arrived,“ he emphasized.

The following certificates have been harmonized for delivery to Kosovo:

Certificates delivered to the Kosovo Food and Veterinary Agency, but to which no response had arrived:

According to Radovanovic, the fact that this process has not been completed in practice means: „that, in Kosovo, you cannot obtain milk and dairy products and processed products produced in central Serbia in a regular and legal manner.”

It is in the interest of businessmen from both business communities to start implementing veterinary certificates for meat and meat products, milk and dairy products and eggs as soon as possible, Radovanovic told KoSSev.

Agreement made to us XK, not ‘Republic’ on the forms

One of the first harmonized certificates were phytosanitary ones, which served as an example of what other certificates should look like when it comes to the goods sent to Kosovo, Radovanovic revealed.

He underlined that the harmonized certificates do not bear the mark „Republic of Kosovo“.

„When we conducted the technical inter-chamber dialogue, which was then verified at the political level, the agreement on the format was made – the certificate form, which is status neutral, i.e. which does not offend either side and which is acceptable to both. What is acceptable for the Kosovo side, and what the Kosovo side eventually signed, was the phyto certificate that was the first to be harmonized and which served as an example of what other certificates should look like when it comes to Kosovo. It was decided that Kosovo, or XK, which is a status-neutral designation, will be used. The Pristina side consented and such certificates are the result of the Brussels dialogue, that is, the process of normalization of relations between Belgrade and Pristina. The Kosovo side agreed for the trade between central Serbia and Kosovo to operate in that way.“

Before the taxes, meat and dairy products from central Serbia arrived via Jarinje

While dairy and meat products from Serbia have not been common south of the Ibar for years – that has not been the case with the north of Kosovo.

As two sources from Kosovo Customs unofficially told KoSSev, until the introduction of the taxes in November last year, these goods arrived to the north through Jarinje, while commercial goods intended for the north, subject to veterinary and phytosanitary certificates, cannot enter Kosovo through the Brnjak crossing.

Brnjak is a B category crossing and there are no competent inspectors there to check these goods. However, goods intended for the areas south of the Ibar, as well as goods in transit, can enter through this crossing – in the first case, the goods are sent to the terminal on the south side.

The same sources told KoSSev that due to the lack of harmonized veterinary certificates for dairy and meat products, one-time veterinary permits were issued individually for each delivery of these goods.

„For example, they come to Jarinje in the morning, between 5 and 6, and call a veterinarian to check the goods. He then checks it and issues a certificate. The veterinarian has a permit from the Kosovo Veterinary Agency. Therefore, they had the right document from a licensed veterinarian for the customs, and that was the case until the introduction of the taxes,“ one of the sources said.

According to the sources, this practice was halted immediately after the introduction of taxes, when almost all other imports from central Serbia were suspended, primarily due to the 100% customs duty.

Merchants from the north of Kosovo have confirmed for KoSSev that from this week, food products started arriving regularly – through the crossings, but that this is not the case with dairy and meat products.

No response from the Kosovo Veterinary Agency

Prior to this news been published, we had not received answers to the questions we posed in writing, nor did we manage to get in touch with them over the telephone.