30 August 2019, 23:45 – Washington is planning to jump back into the Balkans by appointing a new envoy for the Belgrade-Pristina dialogue, Foreign Policy Magazine said on its web site on Friday.

31 August 2019, 00:55 – The Secretary of State has appointed Deputy Assistant Secretary Matthew Palmer as his Special Representative for the Western Balkans, the State Department officially reported in the meantime.

In this role, Palmer will lead our efforts to strengthen U.S. diplomatic engagement in support of peace, stability, and prosperity in the region and focus on integration of the Western Balkan countries into Western institutions.

As Special Representative, Palmer will travel to Slovenia beginning on September 1 to attend the Bled Strategic Forum. He will also represent the United States at the Quint Balkan Directors meeting in Brussels and attend meetings in Vienna and Podgorica, September 4-10.

In addition to serving as the Secretary’s Special Representative, Palmer will continue to serve as Deputy Assistant Secretary in the Bureau of European and Eurasian Affairs, a position he has held since 2018. Previously, he was Director of the Office of South Central Europe.

It quoted officials familiar with the Kosovo issue who said that the State Department is expected to name career diplomat Matthew Palmer to the post while keeping him in his position as deputy assistant secretary of state. “His expected appointment represents the latest push by the US to address tensions between Serbia and Kosovo, two decades after an armed conflict that sparked a NATO intervention and eventually led to Kosovo breaking off and declaring itself independent from Serbia,” the magazine said.

The magazine said that some experts welcomed Palmer’s appointment to resolve the problem in a region often overlooked by top US policymakers, at least since the intensive efforts made to end the deadly conflicts in the 1990s. It said that a solution to the dispute would help the countries of the region move closer to the European Union and the West amid efforts by Russia and China to expand their influence in the Balkans.

“The appointment of a new special envoy for the Balkans clearly indicates the United States is getting much more involved in this issue in a formal way,” foreign policy expert Daniel Vajdich said adding that this increases the likelihood we’re going to find a solution for Kosovo before the end of the Trump administration.

A current official who spoke to Foreign Policy on condition of anonymity questioned whether the naming of a new US envoy would bring positive policy shifts or restart the Serbia-Kosovo negotiations.

The US played a leading role in brokering peace in the former Yugoslavia after the wars of the 1990s and more recently, US diplomats played an important behind-the-scenes role in helping Greece and North Macedonia strike a historic deal that resolved a name dispute last year, paving the way for North Macedonia to join NATO.

Palmer’s expected appointment comes after a meeting between Secretary of State Mike Pompeo and Serbian President Aleksandar Vucic in New York earlier this month. Pompeo urged Vucic to restart talks with Kosovo and “engage with the spirit of compromise and flexibility necessary to secure an agreement and unlock both countries’ potential,” according to a State Department readout of the meeting.

National Security Advisor John Bolton indicated last year that the United States would support a deal between Serbia and Kosovo, including a potential deal that involves territorial exchange between the two countries.

Bishop Teodosije turned back from Jarinje: Unpleasant behavior by the chief... 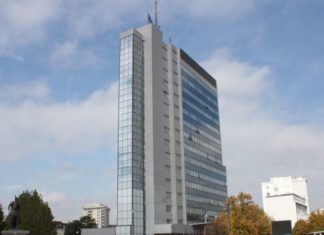