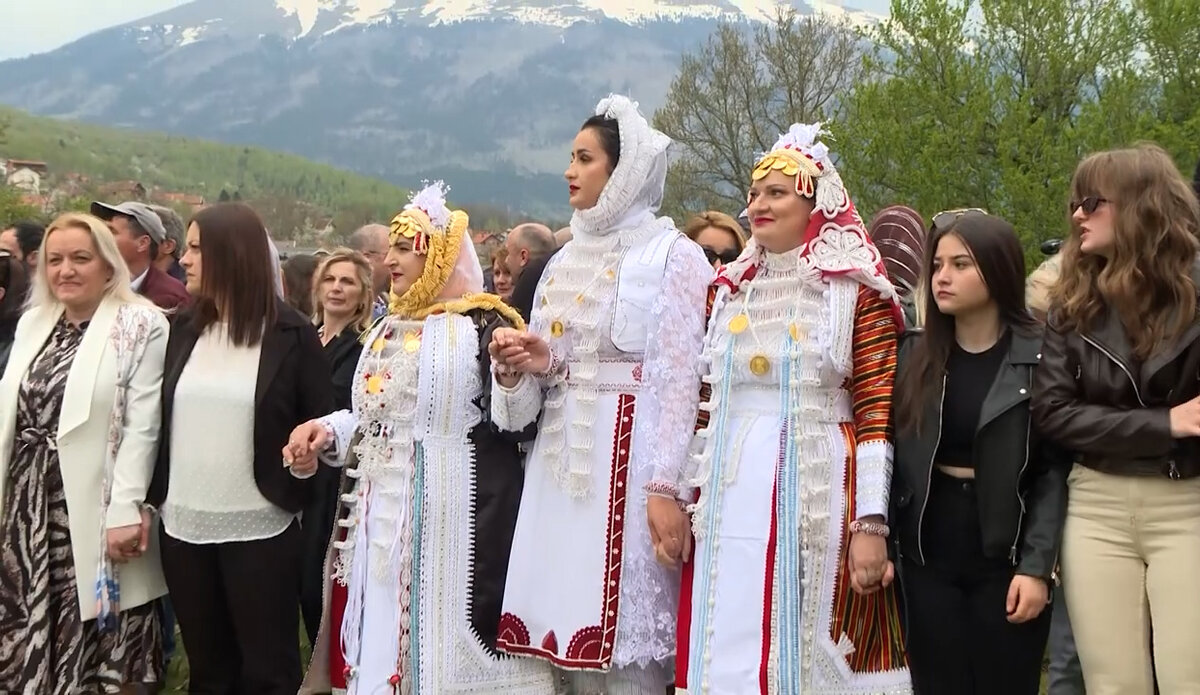 Each year, the International Day of Peace is observed on September 21st around the world. The UN General Assembly, with its 2001 resolution, declared this as a day devoted to strengthening the ideals of peace. On this year’s International Day of Peace, UNMIK recalled the series produced by the KoSSev portal titled „Howdy, neighbor?“. The series, made with UNMIK’s support, features eight video stories about the life of minority communities in Kosovo.

“Honest to God, no one is helping us. If you work – you will get by, if you do not work, you won’t”, said a resident of Roma Mahala. “They appreciate us Roma only on Roma Day or when there are elections – for two or three days. After these two or three days, we don’t matter anymore,” he added in a story documenting the lives of his community – where others like him speak of dire living conditions, poverty, lack of employment resulting in migration of the youth, and daily challenges they face.

This is part of a series of stories which illuminate hope and solutions among challenges confronting various ethnic groups in Kosovo, and these solutions are largely community-driven. In this story about the Roma community, for instance, the hope lies in the change in attitude of their neighbours toward them. Many from the community are now pursuing an education and child marriage is on the decline, the story reveals.

Titled Howdy Neighbour, the series features eight video stories, produced by North Mitrovica/Mitrovicë-based media portal KoSSev, with UNMIK support, depicting the lives of communities from different parts of Kosovo with the intention of bringing them closer by breaking stereotypes people may still have about one another.

“Story telling on ordinary people was swallowed up by high politics. Thanks to this media project, this was one of the rare opportunities that we, as a small newsroom, were able to report on our neighbours. These are great people, who live next to each other, sometimes with each other, and want a decent and joyful life,” said Tatjana Lazarević, KoSSev editor in chief.
“What pleased me the most, apart from the fact that we produced such stories, was the excellent reach and mostly positive reactions. Readers identify with the heroes of our stories, and views continue to grow,” she added.

Lazarević is right. The video recordings and stories written based on them reached 210,211 readers and viewers. This significant outreach helped the message spread and make challenges, as well as notable solutions for people in Kosovo, more visible.

The story dedicated to the K-Bosniak community in Vračevo/Vraçevë village is a fitting tribute to the series title – depicting exceptional neighbourly relations between Kosovo Bosniaks and Serbs living together with no inter-ethnic incident recorded so far.

“…We can be an example to others of how a multiethnic community with mixed population can function”, a Bosniak resident of Vračevo/Vraçevë said. “There were wars, all kinds of things happened, but we have had good cooperation, communication and this continues today as well”, he added.
A member of the Serb community agrees: “They visit us, and we visit them during the times of joy and the times of sorrow. When there is a joy, there must be a sorrow as well.”

Further South in the village of Cernicë/Cernica, is a story of hope, emerging despite the odds. Serb residents of this mixed settlement in the Gjilan/Gnjilane municipality, in the story about their home, spoke of difficulties they face.

Apart from crimes and migration of the community following the conflict in 1998-99, current problems include lack of employment opportunities, lack of the market to distribute agricultural products, low incomes and poor social life. Still, people say, good relations with their Albanian neighbors were necessary – it was essential that they all live in peace.

Another ray of hope in the face of post-conflict challenges comes from the school in this village. Despite dire infrastructural conditions, the director of the school, points out that, students do well and achieve significant progress – including in secondary schools and faculties, meaning that they receive a foundational grounding in their studies.

The stories in Howdy Neighbour demonstrate how many of the problems across communities are similar, regardless of geographic location. While more needs to be done, at the local and central levels, residents are putting forwards a message of hope and that the need for all people to harmoniously coexist must prevail.

The problems of Lipë/Lipa residents, populated by the K-Albanian community in the Zvečan/Zveçan municipality, for instance, are shared by many other villages throughout Kosovo. Though infrastructure is not an issue and security risks are negligible, as a resident points out, youth migration and lack of employment opportunities are negatively impacting their daily lives and future in the long term.

Zhazhë/Žaža Albanian residents in Zvečan/Zveçan shared their challenges. They note that children from the community face several difficulties while attending schools: there is neither public nor private bus operating from and in the village. “It is very difficult”, a resident said, “in particular during wintertime”. He also complained of lack of sewage system and occasional water shortages, and a lack of an adequate social life due to the lack of a space like a cultural centre where young people could gather and spend their free time.
An elderly Albanian resident from the village, however, succinctly describes how coming together as one could perhaps be the way forward, despite challenges of the past and present.

This is the true spirit of Howdy Neighbour.

Remind yourself about our series „Howdy neighbour“ in:

„Howdy, neighbor“ series – The lives of Serbs in Orahovac

„Howdy, neighbor“ series – Bosniaks and Serbs in Leposavic as an example of good relations

„Howdy, neighbor“ series – The life in the Roma Settlement in Mitrovica

„Howdy, neighbor“ series – The lives of Serbs in Babin Most

„Howdy, neighbor“ series – The lives of Serbs in Suvo Grlo and Banje

„Howdy, neighbor“ series – The lives of Serbs in Cernica

„Howdy, neighbor“ series – The lives of Albanians in Zvecan municipality