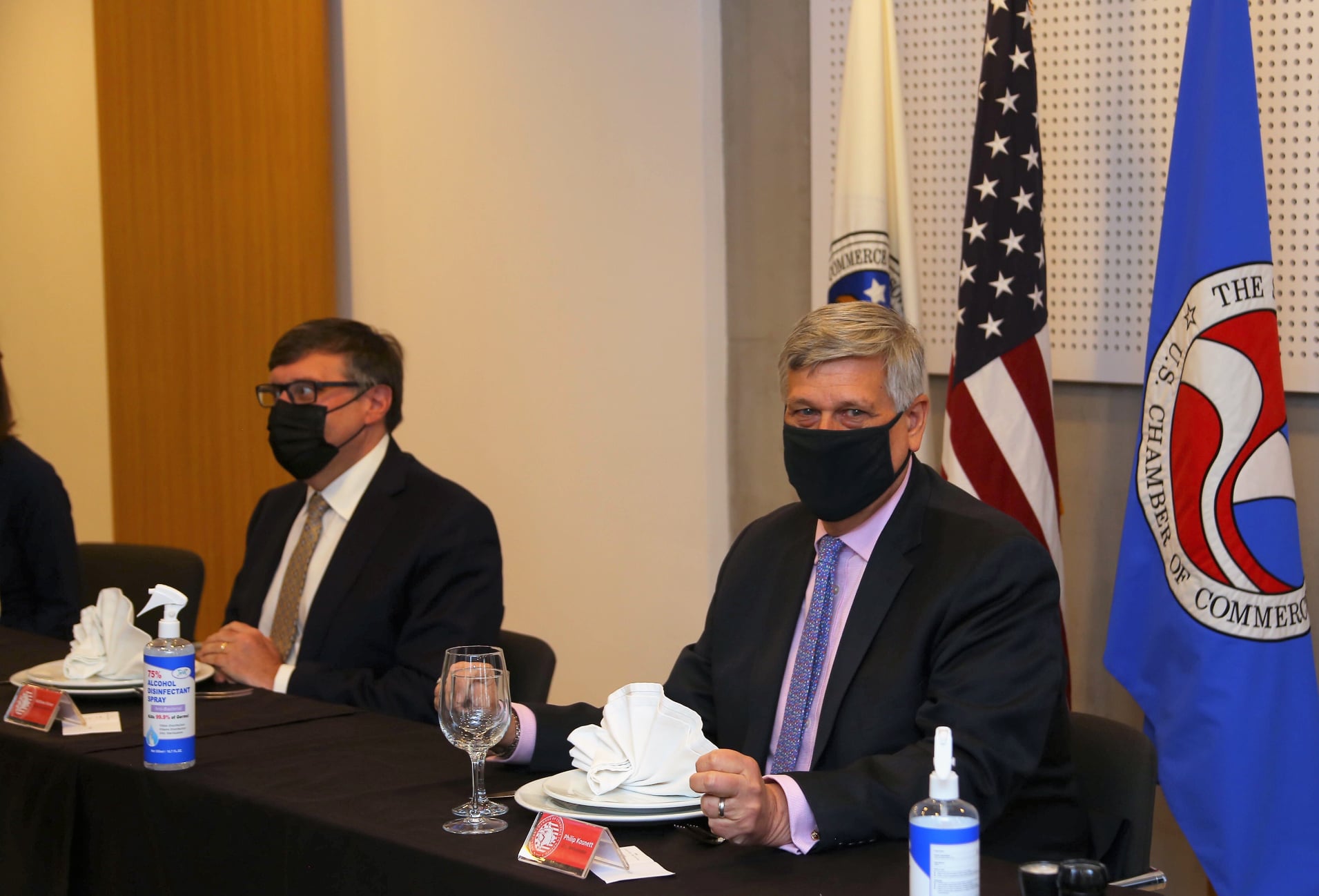 On the first day of the two-day visit of two officials from the EU and the US – Miroslav Lajcak and Matthew Palmer to Pristina, the information shared on what is being discussed is minimal – on all sides. The European-American duo will address the public in a joint conference tomorrow morning. One of the key messages from today, however, arrived from the American Chamber of Commerce in Kosovo: „Normalization of relations with Serbia is a key factor in attracting US investments.“

Deputy Assistant Secretary at U.S. Department of State – Bureau of European and Eurasian Affairs, Matthew Palmer, who arrived in Pristina half a day before Lajcak, first met with US Ambassador Philip Kosnett. Immediately afterward, in separate meetings, both of them also met with the Kosovo opposition and Srpska Lista.

Apart from Srpska Lista, which highlighted issues troubling the Serb community – security and the SOC – in its press release issued after the meeting, the opposition parties – PDK and LDK also shared only minimal information on their meeting. Apart from confirming that the leaders of these opposition parties (Avdullah Hoti, Lumir Abdixhiku, Lutfi Haziri from LDK and Enver Hoxhaj, Uran Ismaili and Blerta Deliu Kodra from PDK) met with high-ranking officials, the parties failed to share any specific details about the meetings.

A meeting with the AAK is scheduled to take place tomorrow.

Hoti emphasized that Kosovo was „blessed“ due to its lasting friendship with the United States, while the PDK stated that they discussed dialogue with Serbia and expectations for „mutual recognition“ at the meeting.

Palmer and Kosnett also visited the American Chamber of Commerce in Kosovo. This organization then shared the following messages in a press release:

Prior to Palmer’s visit to the American Chamber of Commerce, Kosovan media reported that the Millennium Challenge Corporation (MCC) had confirmed that the request the MCC received from the US President Joe Biden – for the annual budget for 2022 – also included the point that $200 million were deemed to be necessary for the realization of US projects in Kosovo.

This US government agency suspended its economic development programs in Kosovo on March 13th of last year as a result of the then and the current Prime Minister Albin Kurti’s refusal to remove the 100% taxes on goods from Serbia and BiH. The programs were suspended following multiple urgings of US officials to the then government to remove this measure. The funds were unblocked after Hoti’s government lifted the reciprocity measure to Belgrade in June last year.

After Lajcak arrived in Pristina, the duo also met with Kosovo’s top officials – the prime minister, president, and foreign minister.

At the joint meeting with Palmer and Lajcak, as the Office of the Kosovo President Vjosa Osmani announced, Osmani reiterated the usual messages from Pristina: The dialogue process with Belgrade should „end with mutual recognition of the two countries.“ The Kosovan President underlined that for Kosovo, it remains essential that „territorial integrity, internal constitutional and state regulations and the country’s functionality are respected“ in this process. She also stressed that resolving the fate of the missing remains a priority.

„We expect that the process will end with mutual recognition, respecting these principles and that the agreement will be fully enforceable,“ Osmani said.

In a press release issued after the meeting with the American-European duo, the Cabinet of the Prime Minister of Kosovo highlighted that the dialogue should be „fair, principled and in the service of the people, overall peace and security.“

Kurti described the meeting as important particularly bearing in mind that it arrives ahead of the meeting in Brussels, scheduled to take place in mid-June, as well as after he met with opposition leaders, and before the parliamentary debate on the dialogue – i.e. „agreements reached in Brussels so far and the level of their implementation.“

Kurti also underlined the joint coordination of the EU and the USA in the renewal of the political dialogue, alleging that such „cooperation and coordination was welcome and necessary“.

Amid Lajcak’s and Palmer’s visit, Kosovo civil society also sent a message. The Kosovo Democratic Institute called on the Kosovo Assembly and MPs to take responsibility for arrangements concerning the Belgrade-Pristina dialogue, but also the future of this process. They also urged Kosovo Prime Minister Albin Kurti to inform the Assembly of all dialogue events regularly, including the preparation phase, thus enabling the assembly to carry out active monitoring.