Neither Vucic nor anyone else will be allowed to visit Kosovo until he apologizes for the genocide – Kosovo Foreign Minister, Meliza Haradinaj-Stublla responded today to potential requests by Serbian officials’ to visit Kosovo.

Haradinaj-Stublla’s reply comes as a reaction to a statement the Serbian President, Aleksandar Vucic made last night during a visit to the construction site of a covid hospital in Batajnica. The Kosovo FM recalled that this is where a mass grave was found containing the bodies of 744 Albanians from Kosovo, including her uncle who was killed in Ljubenic.

„As a member of a family affected by Serbia’s genocide in Kosovo, I am publicly asking Vucic: Did you feel proud while sitting at the table where the decision was made to commit these crimes against Kosovo Albanians?!“

Haradinaj-Stublla stressed that the reply to all of Vucic’s future requests for a visit – and not just his requests – will be „identical and it will not change“.

„You are not allowed to visit Kosovo until you apologize for the genocide committed against our people and until international justice prosecutes those responsible for that genocide,“ she tweeted, adding:

„Gone are the days when Kosovo was used as a currency for international trade and as a political platform for the political performances of Vucic and Serbia.“

Last night, the President of Serbia confirmed the Pristina media reports on his request to visit Kosovo after the Kosovo Minister of Foreign Affairs previously intended to visit the latest discovered mass grave site in nearby Raska.

Vucic said, however, that Haradinaj-Stubllašs intention was to create a „political show“. He also revealed that Belgrade requested excavations at five locations in Kosovo suspected of containing the remains of Serbs, but also that Pristina rejected such a request, although both, Kosovo and Serbian working groups on missing persons earlier confirmed there are preparations undergoing for a few potential mass graves excavations in Kosovo.

One of the points of the agreement recently signed in Washington, as well as the new phase of negotiations in Brussels, launched this summer, includes the issue of resolving the fate of missing persons. As Miroslav Lajcak, the EU special envoy for the dialogue between Belgrade and Pristina, confirmed during his latest official visit to Pristina, the chapter of the future „comprehensive agreement on the normalization of relations“ on the missing has already been concluded. 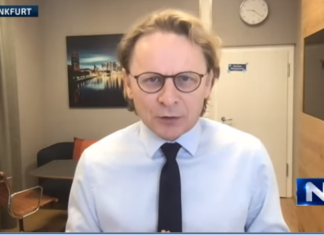