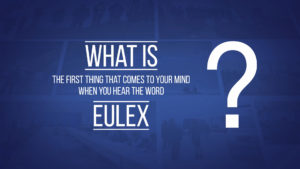 The European Union has wrapped up three investigations into a British judge and the chairman of the EULEX judicial council from 2014 to 2018, Malcolm Simmons, but isn’t making public the conclusions of the probes.

On the other hand, Judge Malcolm Simmons said that the investigations to which he was subject to were revenge for his accusations against the EU and the EULEX.

Simmons said the allegations were brought by colleagues who he denounced, and that what he called a biased investigation was an attempt to cast doubt on his whistleblowing.

He launched the affair of alleged corruption in the „heart of the mission“ last year and resigned as EULEX’s chief judge. Simmons presented grave allegations of alleged high level corruption and political interference in the work of EULEX in an interview with Le Monde, which was then picked up by well-known international media.

Simmons accused a fellow judge of hacking his e-mail account and sharing his emails with other judges. He also accused the British Foreign Ministry and the EU of not reacting to his warnings of corruption.

„All of this goes against normal procedure,“ Mr. Simmons said in the Le Monde interview. „I asked the UK Foreign Office and the EU to refer it to the police. They both refused to support me.“

He also said that EULEX is subject to political interference.

„EULEX is not a mission to promote the rule of law. It is a political mission. Anyone who thinks otherwise is either naive or stupid,” Simmons said at the time.

„I do not want to be part of this farce anymore,“ he emphasized.

EULEX then announced that Simmons is the one against which several independent investigations were being conducted in Brussels.

Last year, RTK broadcasted the electronic correspondence between Malcolm Simmons and EU Civilian Operations Commander, Kenneth Deane, which points to the unprofessional behavior of the Polish EULEX Judge, Dariusz Sielicki in making a judicial decision for the accused in the “Drenica 2” case.

„Gossip and rumors are not a way to promote the rule of law in Kosovo,“ EULEX chief Alexandra Papadopoulou said at the time. She emphasized that problems should be solved by competent authorities and „not by personal opinions expressed on a TV programme“.

Malcolm Simmons is not the only high-ranking EULEX official who accused the organization of alleged corruption and political interference.

The most famous corrupt affair so far is the so-called Bamieh case.

Now former EULEX prosecutor, Maria Bamieh was suspended from the mission in 2014 when she publicly accused her colleagues of taking bribes in exchange for the completion of investigations.

Bamieh submitted more than 40 pages of evidence of EULEX law violations to the EU’s anti-fraud office (OLAF), calling the management of the mission „mafia-like“.

At the end of January 2015, this prosecutor spoke of alleged corruption in EULEX before the Foreign Policy Committee of the European Parliament and, in addition to earlier charges, stated that senior EULEX officials had embezzled various funds dedicated to fighting crime and corruption.

EULEX denied all allegations and accused Bamieh of allegedly concealing evidence in the „Sekiraca” case, which Bamieh immediately denied, adding that her office was searched without her knowledge. The charges were filed by EULEX Prosecutor Kent Mortimore, who represented the Special Prosecution in the Sekiraca case at the end of 2014, and the presiding judge in this case, EULEX Judge, Anna Adamska Gallant.

The former head of the economics unit in the International Civilian Office in Kosovo, Andrea Lorenzo Capussela is another harsh critic of EULEX and part of Kosovo’s political leadership. Systematic failure and few good results – is how Capussela assessed the work of this mission in an interview for KoSSev in 2016.

EULEX’s mandate will run until 2020. The mandate of the European Rule of Law mission was extended for two years – in 2014, and 2016. EULEX has previously delegated its authority to Kosovo institutions. The Kosovo government advocated the end of EULEX’s mandate, that is, for this organization to have no executive, but only advisory jurisdiction.