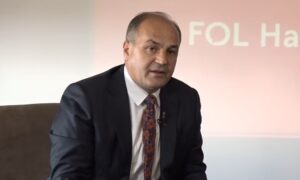 Enver Hoxhaj, the leader of Kosovo’s Democratic Party, said on Wednesday that Prime Minister Albin Kurti should cancel the June 15 Brussels meeting with Serbia’s President Aleksandar Vucic if Belgrade did not apologise for “genocide” in the 1998-1999 war.

“If Serbia does not apologise before June 15, Kurti should cancel the meeting with Vucic,” Hoxhaj said according to Economija Online as reported by KoSSev.

He reminded Kurti about the failure of the government’s programme.

Hoxhaj recalled the conditions he put to Kurti before the dialogue on the normalisation of relations with Belgrade started: Serbia’s apology and finding what had happened to the missing persons.

Earlier on Wednesday, a European Commission spokesman Peter Stano said a new round of the Belgrade-Pristina dialogue was scheduled in Brussels on June 15.