The head of the Kosovo Office, Marko Djuric met with the Pristina delegation in Berlin today, where they negotiated the reestablishment of rail traffic between central Serbia and Kosovo, under the auspices of Donald Trump’s Special Envoy for the Belgrade-Pristina peace talks, Richard Grenell.

“We had a meeting with Ambassador Grenell where we discussed the reestablishment of railway traffic between central Serbia and Kosovo. I hope that in the coming period we will come up with concrete solutions that will facilitate the movement of people and goods and bring benefits to the economy and citizens,“ the head of the Serbian delegation at the Berlin meeting, Marko Djuric told the Tanjug news agency.

„We had good talks. We have made progress and agreed to conclude the negotiations by the end of the week,“ Veseli said.

According to Tanjug, the meeting between Belgrade and Pristina delegations lasted over three hours.

Serb President Aleksandar Vucic and Donald Trump’s Special Envoy for the Belgrade-Pristina peace talks, Richard Grenell announced on Friday that the negotiations on the establishment of a Belgrade-Pristina rail line would be taking place.

The Grenell-sponsored negotiations are being held at the US Embassy in Berlin, and the role of the sponsors – specifically the Office of the High Representative of the EU for Foreign Policy and Security – is not yet visible to the public.

A new phase of the negotiations?

This negotiation phase arrived after almost a year and a half long hiatus in the Brussels dialogue. However, unlike this process, which was conducted at the highest institutional and representative levels, the „Berlin negotiation phase“ resembles the initial, technical negotiation phase between Belgrade and Pristina, which took place from 2011 to 2013.

Furthermore, outgoing Kosovo Prime Minister, Ramush Haradinaj claims that the process currently underway at the US Embassy in Berlin does not really constitute a dialogue.

„I have no right to define it as dialogue. The fact is that some agreements are coming and we welcome that. We have previously sought unconditional dialogue, without abolishing the taxes,“ Haradinaj said, Pristina-based Gazeta Express reports.

The Kosovo government’s November 2018 decision to impose taxes on the import of goods from Serbia and BiH completely stopped the Brussels dialogue. Since then, the Serbian side made – practically daily – claims that there would be no negotiation until the taxes were abolished.

This was the situation until a week ago, when both the Serbian and Kosovan public were surprised by the news that a letter of intent to establish a Grenell-sponsored Belgrade-Pristina air route was signed.

The document was also signed by the technical staff of the Serbian Ministry of Economy and the Kosovo Civil Aviation Authority. The implementation of the agreement also includes additional coordination with KFOR, which controls the airspace above Kosovo.

The implementation and possible agreement on railways will also be a lengthy process because of the state of the railway infrastructure on the Kosovo side, Haradinaj announced today.

„We have rail lines that are connected to Serbia, but they are in poor condition. We are in the process of their reconstruction with the EU. The agreement with Serbia will not harm Kosovo. We have hundreds of thousands of people who are forced to travel through Serbia and some of them will now have an alternative and will be able to travel by plane. The train may also be a good option, but that offer is not realistic at the moment because of poor infrastructure that is not adequate for use,“ he said, Gazeta Express reports.

SL: Ivanovic and Radoicic are victims of Kosovo’s injustice and rigged...

Miroslav Ivanovic: Srpska Lista behind the video which branded my brother...

Tailings in Leposavic spilled into the Ibar after a rampart collapsed 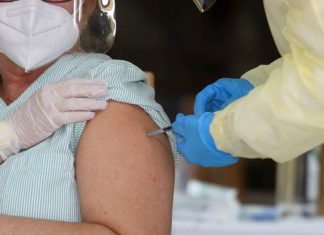