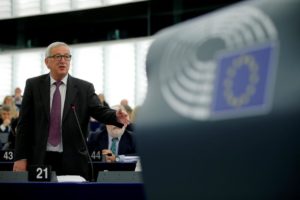 Defence ministers of EU member states will gather in Vienna today for an informal meeting. Later this week, the bloc’s foreign ministers will hold a meeting of their own.

Security in the Balkans is expected to top today’s agenda, where a proposed border change between Serbia and Kosovo could be discussed. The proposed change would see four northern municipalities in Kosovo that host Serbian majorities given to Belgrade. There are also discussions over two Serbian municipalities with Albanian ethnic majorities being handed to Kosovo.

Considering the Kosovo-Serbia relationship was all but broken only last month, the proposal—supported by the leaders of both countries­—is remarkable. But while the change could be important in normalising relations between the two countries, which is necessary for their accession to the EU, there should be considerable concerns for Brussels.

Primarily, the redrawing of borders in the Balkans could establish a slippery slope. Kosovo and Serbia are hardly the only Balkan countries to host minorities. Indeed, a redrawing of borders could inspire other minority groups in the region, such as around Bosnia, to demand change—potentially sparking further instability in an already fragile region.