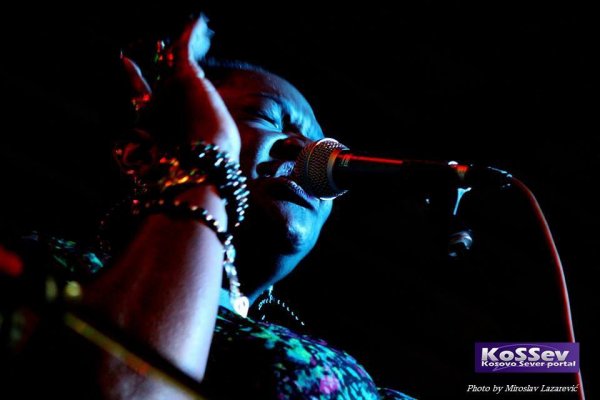 Accompanied by her band, R'n'B singer Thornetta Davis enters the hall for the sound check. After checking the quality of sound, she climbs onto the stage and begins to sing. Her simultaneously penetrating and commanding, albeit warm and melodic voice, as by the speed of light, fills in the acoustic room of the House of Culture in Zvecan. Although being in her fifties, the star of Detroit is in the stage control not only by her voice, but by her movement. She seducily dances while cheerfully communicating to the band members and interacting with the technicians who are moving onto the stage, too.

Right from the Hall of Fame in Detroit, the star of Michigan arrived in Kosovska Mitrovica for the Jazz&Blues Festival. Full of energy and as it looks like – with no jetlag either, she has been largely socialising with local musicians ever since she arrived yesterday. The city’s audience was shaken by her brief appearance at the Soho city club.

We are waiting for the rehearsal to end. Thornetta Davis will give an exclusive interview to KoSSev. She looks and sounds stunningly powerful while rehearsing. We impatiently expect her performance to start in a just couple of hours tonight. At the time when this interview is published in Serbian, the 12th International Jazz and Blues Festival "North City Kosovska Mitrovica" is starting in Zvecan.

First I just want to say that you were amazing, you sounded really great. I got chills, you voice is really amazing.

Thank you, thank you.

Have you ever been to Kosovo?

I’ve never been here before, and I didn’t know what to expect, and I enjoyed every minute since I flew in yesterday.

Have you visited the place and have you spoken to people here?

Well we’ve got to hang out in some of the nice restaurants, and the hotel we are staying in is really nice too, and everybody has been so nice to us. 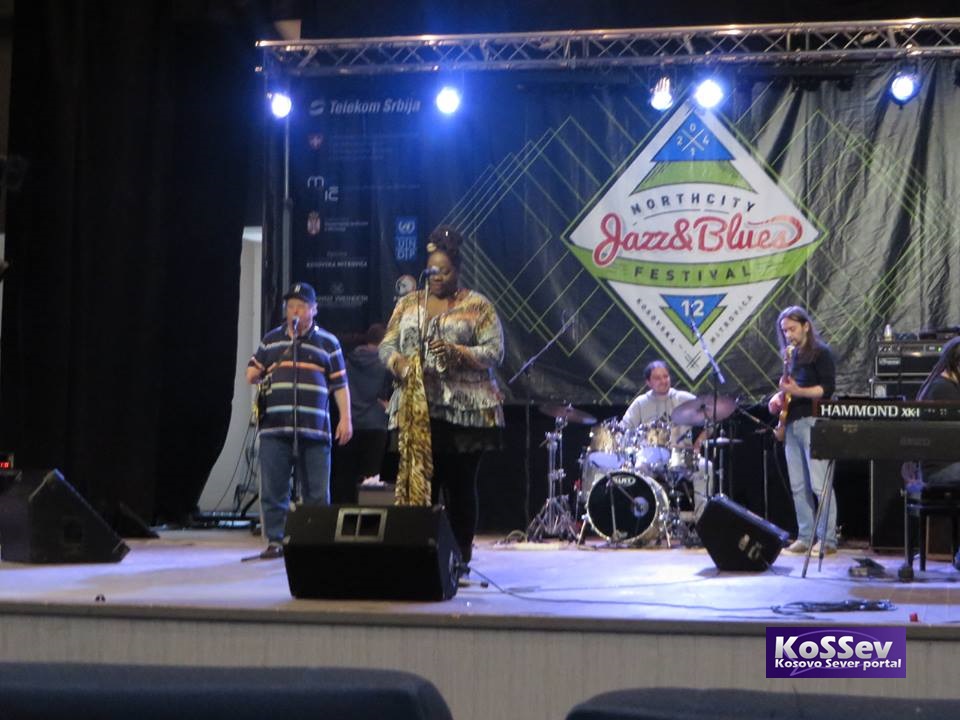 How come that you’ve came here to Mitrovica and this festival?

Vasilj Adzic (organiser) contacted a booking agent/manager named Paul Cook in the States, and Paul hooked me up with you guys, so I came.

Let’s talk about your career, when did you decide that you were going to be a singer?

I started long time ago. When I was a child, I always wanted to sing, but it wasn’t until I graduated high school and I decided that this is what I wanted to do. And I started singing in night clubs, and doing different cabarets. When I joined a band called The Chizzle Brothers is when I actually started making a living.

How did you decide on R’n’B music?

Hearing it all my life, my mom used to play it around the house, R’n’B and soul music at the time, but I wasn’t really into it. Prior to me starting to make a living singing it, I  was doing Top 40 R’n’B at the time, and when I joined The Chizzle Brothers they themselves said, “we don’t do top 40 R’n’B, we do blues and soul music, and so I said, “I guess I gotta go to that vain” and I started digging up my mom’s records.

Which artists inspired you?

You’ve worked with a lot of artists, and you’ve opened for a lot of them. Who were some of your favorites to work with?

The very first favorite of mine is Bonnie Raitt. She was one of my memorable ones, because she actually asked me to join her on stage. I got to open up for BB King and Ray Charles – those icons.

What are some of your favorite songs to cover?

Oh gosh, I love to sing At Last by Etta James, Nobody Knows You When You’re Down and Out by Bessie Smith, Piece of My Heart by Janis Joplin.

It’s been 18 years since you’ve released your debut album Sunday Morning Music. How do you think you’ve grown as an artist and a vocalist?

I know I got stronger vocally, and I got stronger as a person too and that puts itself into my music, and I’m writing more and better, and just more confident in what I can do now, becoming of age in this business.

How do you think the business and music has changed since you started out?

A lot of it has changed, because the artists are taking care of their own business now, they don’t really need to rely on a record label to release our songs, we can do it ourselves. If you can get a label to back you, that’s good too, but nothing can really stop you. I would say that if an artist is stagnating in their career, and if they haven’t done anything – they really need to look at themselves because you can get in your way also.

Do the record labels still care about good music or is it all about the money? 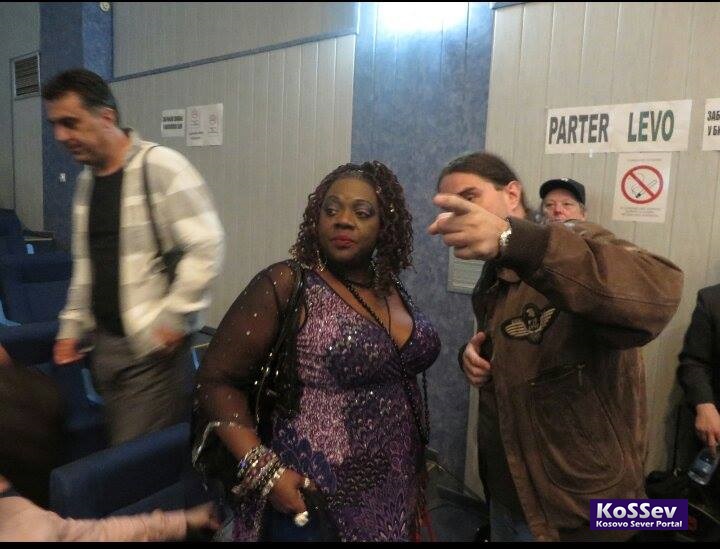 There are some labels, the smaller and independent labels that I do believe care more about the music, the big major labels I think it’s all about the dollar signs.

There are a lot of good vocalists today, what are some of your favorites?

I wish I had a list right here. There is this bass player, she has a big afro, young girl, and I have her CD, but I can’t remember her name right now. But believe it or not, I like Beyonce. I love her, I think she is a very good influence and role model for girls to get strong and believe in themselves. And I love her music too. I love how she released her new album, and I have her videos in my computer, as old as I am, yes I do.

Are you working on new music, and when do you plan to release it?

Yes I am, I should be releasing my next album either at the end of this year, or the beginning of next year, but I’m looking this year though.

I’ve listened to your Christmas album, what inspired you to record it?

Well actually I have been doing a Christmas show every year, but I always think God gives me my songs, they just download into my brain instantly, and I was watching the news, and we had bad news going on that day, there was a lot of really bad things happening in Detroit. And I was like “this is sad, it is almost Christmas time” and the lyrics to Remember Love on Christmas Day just came to me, and the song was literally written in like 15 minutes, and I sang the song to my husband. I told him that we have to get this out before Christmas time, it was October so we went immediately in the studio, recorded 6 songs on this CD and released right by Christmas time.

What are some of your favorite Christmas albums?

Some of my favorite Christmas songs I actually recorded – Do You See What I See, Do You Hear What I Hear, and I love Gladys Knight and The Pips – their Christmas album, it is a great Christmas album. I can’t think of many right now, but I just love Christmas music.

…Yeah, my favorite song is Remember Love on Christmas Day – which is mine.

Since you’ve been doing this for so long, what is the proudest moment of your career?

I guess it’s coming soon – I’m getting ready to sing with the Detroit Symphony Orchestra on July 13th. But I have so many wonderful moments, just to be able to do this thing for over 20 years, raise my daughter doing it, I helped her through college with it, and when she was born, I was a single mom and I looked at her and I said, “I don’t know if I could do this, with just me and my voice, but I’m going to try” and long behold – she is 31 now and she graduated from college and I think that’s the proudest thing – that I helped raise my daughter with this music.

After performing for a long time, do you still have stage fright?

It depends on where I am…when it’s a major situation. I’m thinking about one that I posted on Facebook about Maya Angelou and how she inspired me. She performed at one of the things that I was singing at. We had to open up for her, I was singing with a choir and I did the solo, and when we were getting ready to perform I was so nervous because Maya Angelou was sitting right there, and when I got done singing she said, “that young lady reminds me of my grandmother when she used to sing to me” and I was like woah – that right there was a moment.

Wow, that is really amazing. What do you expect from the tonight’s concert?

I expect to bring the love, I expect that people will have a great time, I want them to get up and dance, and just take off their shoes if their feet hurt and just get up, I wanna see this whole area up.

What are your plans after this?

Well I’m going back home, back to Detroit. I’ve got a lot of stuff to do there, I’ve got some stuff coming up in Canada.

Thank you so much for speaking with KoSSev, again you were really amazing, thank you.