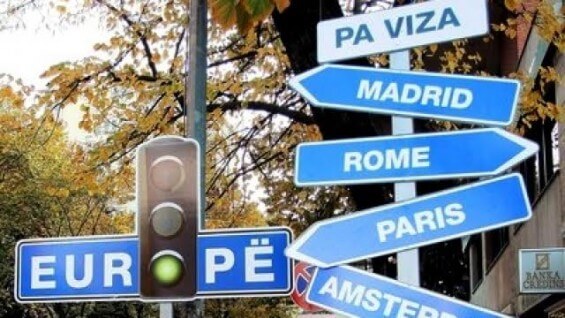 Croatia believes that Kosovo has fulfilled all conditions for visa liberalization. At least that’s what Croatia’s Ambassador to Pristina, Danjela Barisic says, pointing out that for the abolition of the visa regime, a consensus with the other 27 member states must be reached.

According to Barisic, the political class in Kosovo must also sit down and find a consensus to move towards the EU.

Even though the Kosovo visa liberalization has been supported by the EU Parliament, there’s still not a definitive date on when Kosovars can travel visa-free. as the Council has not approved the agreement yet, due to some hesitant countries.

The impossibility of free movement for Kosovars was previously considered unfair by the German MP from the Christian Democratic Union party, Peter Beyer, who said that it is unjust for the newborn country to be the sole country in a region to which the Schengen member states apply the visa regime.

“I always mentioned the visa liberalization of Kosovo in different meetings, because it is very unfair that only Kosovars do not have the possibility of free movement,” he said earlier last September.

While the European Parliament had agreed on September 13, 2018, to open talks on the abolition of visa regime for Kosovo citizens for the first time, reconfirmed its position on March 28, 2019, and then again in another vote in late September 2019, it voted to start the talks with the EU Council, the council has not done so.

The reason for that is mainly due to the opposition of a few EU members, including Cyprus, Greece, Romania, Slovakia, and Spain, which do not recognize Kosovo as an independent state and some others still think Kosovo does not qualify for liberalization, despite having met the criteria set.

A part of the EU members believes that granting Kosovo with visa liberalization would cause a new wave of migrants from the Western Balkan country, as the one that had contributed to the 2014 refugee crisis in Europe.