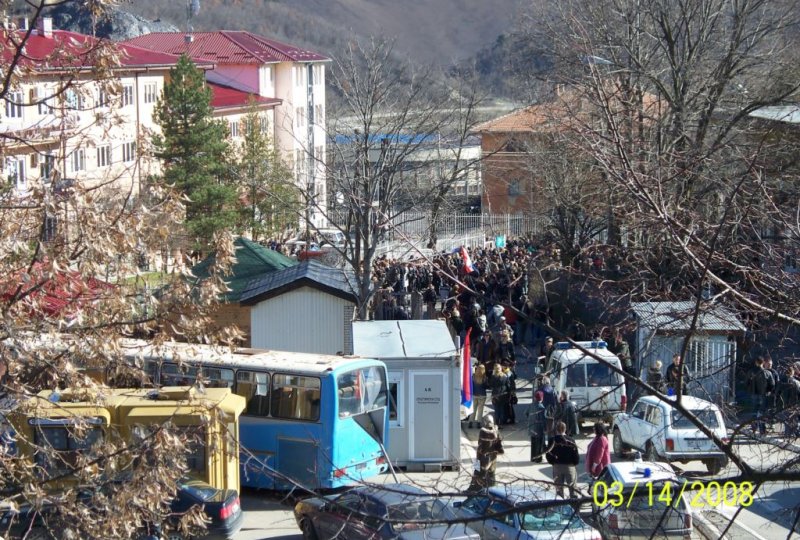 Official Belgrade and Pristina authorities have "come closer" on the judiciary issue, so Brussels expects from Prime Ministers Ivica Dacic and Hashim Thaci to close the deal at the next meeting. Dacic said, after Wednesday’s round, that experts will finalize the agreement in following days, in order for it to be confirmed at the next meeting with the Kosovo PM.

Is Serbia’s judiciary in Kosovo, after Wednesday’s talks in Brussels, a step away from integration into Kosovo’s system, it will become clear very soon, maybe even after the next round of talks between the two PMs.

The 22nd round of talks in the Dialogue was held Wednesday in Brussels. Former meetings were dedicated to judiciary, and the main obstacle was the North Mitrovica Court competencies.

Belgrade insisted on the court competencies for four northern Kosovo municipalities with Serb majority population, while Pristina should have jurisdiction over the three remaining municipalities in the north with Kosovo Albanian majority – Srbica, Vucitrn and South Mitrovica. Kosovo delegation position outweighed, as confirmed by the Serbian PM too, adding that the Belgrade delegation pointed out that if there was a united court to be established, as well as one prosecutor’s office, than it would not meant that Serbs in northern Kosovo would lose their "autonomy" having in mind there were seven, and not only four municipalities in northern Kosovo.

December 14, 2013: "Too much tension within the Pristina delegation"

Only two months ago, after the then-Brussels talks, the Prime Minister’s statement to media was remembered as "the problem is that Pristina does not accept specificity of Northern Kosovo". He said then: "There is too much tension within the Pristina delegation since they have been accustomed to be the international community favorites and that their suggestions are accepted a priori", as well as that "the situation has changed since Serbia is constructive now." Dacic reminded that Belgrade did not accept for the court to cover seven municipalities, since in that case the representation of Albanians would amount to 70% to 30%, as well as that Belgrade would request for the court to be located in two buildings if that was to be the case.

"It was a difficult concession on our part to say fine, one court for seven municipalities, but then at least two buildings should exist. However, it was unacceptable to them and we did not even go into those details", Dacic stressed on December 14, 2013 upon his return from Brussels, two rounds before the latest rapprochement.

After the latest round of talks, Dacic asses that reaching an agreement on judiciary is very important, since a deadlock in negotiations is looming. "We mustn’t allow deadlock since it is for us a key criterion for advancing negotiations on Serbia’s EU membership", Dacic said.

And EU High Representative for Foreign Policy and Security Catherine Ashton announced that Dacic and Thaci would close the deal on judiciary at the next meeting. In a press statement after the meeting, Ashton said that a comprehensive discussion on all key issues related to the judiciary was led, based on the Brussels Agreement, as well as that "all relevant elements are being developed and will be a part of a package that both PMs will finalize at the next meeting."

The progress achieved in terms of judiciary Thaci assessed as "essential" and added that all solutions would be in full accordance with Kosovo’s Constitution and laws.

To recall, the Belgrade delegations comprises representatives of Serbian judiciary from northern Kosovo, who have been involved in the process from the day one. They are still in Brussels.

Court in Mitrovica – a battlefield

In past years, the Mitrovica Court was a reason for many protest rallies and gatherings of Serbs, who wanted to keep this institution under their control.

In course of the last riots in March 2008, due to the issue of status and control over the Court and the Court building in North Mitrovica, there were riots in which a Ukrainian police officer lost his life, 64 UNMIK Police officers were injured, along with 24 KFOR members and around hundred Serbs. Among them, two Serbs sustained injuries that disabled them for life. In this struggle to preserve "a Serbian court" three out of six indicted Serbs earned imprisonment.

After the withdrawal of Serbian state from Kosovo, the court building remained under the UNMIK auspices. In early 2000, hard negotiations between UNMIK, local Serbs and Belgrade on creation of a joint judiciary for Serbs and Albanians were staged. The then-Minister of Justice of Serbia, Vladan Batic even reached an agreement based on which the Serb judges were supposed to work within UNMIK judiciary, and this "temporarily" until new round of employment, while Serbia was to continue paying for social contributions and taxes. With the shift in power, in 2003, the agreement collapsed, so even rare Serb judges who had decided to work at the UNMIK court, got publically branded as 'Serb traitors', to be followed with the letters of dismissal from Serbian judiciary. Speaking about the Albanians within UNMIK judiciary, they used to commute daily, on an UNMIK bus, to work in the North Mitrovica court building, while local Serbs complained there "are more of them coming each day", although they boycotted this court. After the unilateral declaration of Kosovo’s independence, Serbs had taken over the court building in North Mitrovica, leaving the UNMIK flag on the front, while Albanian workers stopped coming.

Serbs were forcefully expelled from the North Mitrovica court building on March 17, 2008, with several Serb employees detained and taken to Pristina, which caused clashes. The Mitrovica Basic Court under UNMIK auspices was then transferred to Vucitrn, still operating there as a Kosovo-run court, and the very court building in the north is now operating as a part of the same Basic Court, but dealing with problematic cases, under EULEX and international judges rule.

Based on an unverified information from the Kosovo-run court, "at least one Serb judge from northern Kosovo" is on its payroll.

Reactions to the announced Dacic-Thaci agreement on the court

The Kosovska Mitrovica Higher Court Judge, Mladen Nikolic says for KoSSev web portal that the Serbian judges and prosecutors in general are dissatisfied with the principle agreement in Brussels, since it does not include remaining Serb municipalities south of Ibar River. Judge Nikolic explains the essence of the agreement on the judiciary in northern Kosovo.

He explained that the Court of Appeals branch would be located in the northern court building, and emphasized that the specificity and autonomy of the north with Serb majority would be preserved.

Nikolic added that the Brussels talks on this issue would continue, since many technical details needed to be straighten out.

The most influential northern Serb leader for many years, member of the Democratic Party of Serbia (DSS) Marko Jaksic assessed for KoSSev that after the latest round, it has been clear that Kosovo Serbs are left on their own and to Pristina’s mercy, and based on that, unfortunately, people should look for justice. "Finally it is clear that northern Kosovo courts will operate based on the self-proclaimed state of Kosovo laws and Constitution. Now it is clear that the system will not include the four other municipalities with Serb majority south of Ibar, and they could significantly influence the ethnic structure and ethnic composition of the court. Unfortunately, nothing has been achieved, but what Hashim Thaci and Catherine Ashton say happened instead", Jaksic assessed.

He points out that he cannot understand position of Belgrade and its concessions in very important topics that are essential to Serbs in Kosovo.

"However, it is certain that the so-called pro-European government, as they call it in Belgrade, pays the price of its flexibility, and we Serbs have nothing good to hope for. I honestly believe that soon there will come the day when the government in Serbia will change, since the current one is literally ‘tearing apart’ our state of Serbia", Jaskic concluded.

The Serbia-run court judge and former UNMIK-led court judge, Radmila Kapetanovic, says for our portal that she does not have a positive opinion on the principal agreement and position on the judiciary in northern Kosovo.