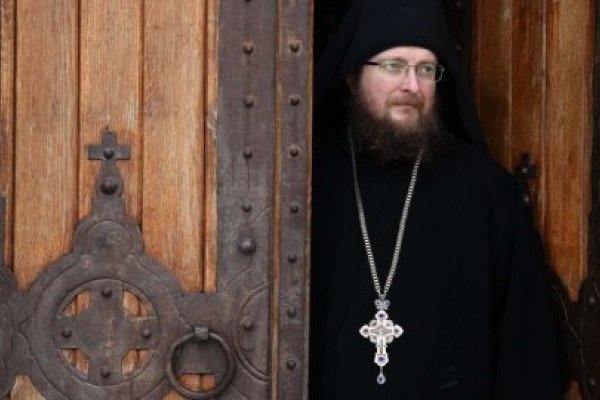 „Many disturbing pieces of information are circulating today in Kosovo, among them the news of an imminent scenario where a mutually staged incident in North Kosovo would provoke reactions on both sides and plunge Kosovo de facto into a partition scenario. KFOR remains resolute to preserve peace but nevertheless the people remain worried for their future. Political leaders on both sides in Belgrade and Pristina must resolutely reject and deny these dangerous allegations of a staged partition through allegedly spontaneous violence and recommit themselves to a peaceful dialogue as long as it takes. Otherwise they will bear direct political and moral responsibility” – the Abbot of Visoki Decani, Sava Janjic posted via a social network.

In his address to the public, he also said that it is essentially important that „these disturbing news segments are officially denied by all sides“ and, as he underlined again, through a mutual commitment to a peaceful dialogue.

„I strongly hope the international community, especially the U.S. and the EU will not allow irresponsible individuals and groups on both ethnic sides to provoke violence in which innocent people might suffer and valuable monuments disappear as in the 2004 riots. That’ll be a terrible setback for Kosovo and the region. The dialogue must be returned to the framework in which all citizens will be granted protection and respect of their rights,“ he added.

They both said that the issue of partition is a political issue that should be resolved through dialogue.

When asked whether KFOR and NATO have any knowledge of possible violent scenarios in the field and whether, in that case, they can guarantee the safety of Serbs throughout Kosovo, Foggo said that „there is a potential for restlessness every time we talk about controversial political solutions ofthe Balkan issues“.

„Some people tend to take their disagreements onto the street. I strongly recommend that they do not do it or, if they do, to do so peacefully, as in all civilized democracies,” he added.

He referred to media reports on the partition of Kosovo as „fake news“, adding that partition will not happen, but at the same time, as Kosovo media reported, he said that „there will be corrections of the borders with Serbia“.

Earlier today, the Kosovo Office of the Government of Serbia, following information on the stoning of the Serbian school near Lipljan, expressed doubts that it was an attempt to provoke and upset Serbs, in order to „provide an alibi for a more dangerous action against the Serbian population in Kosovo and Metohija“.

„You don’t want ethnic boundaries? You don’t want a demarcation with Albanians? Well, no problem, tell people to get ready for Vranje in about 40-50 years,” the Serbian President, Aleksandar Vucic, commented last week on the appeal of the Bishop of Raska-PrizrenTeodosije against the partition of Kosovo.

“That statement was optimistic. It (defending the city of Vranje) will take place in 20 years, not in 40 years,” the Serbian President estimated.

How Brussels became Aachen: A vacuum in the institutions and a...