Bishop Sava Barać, a monk of Dečani Monastery in the 19th century, made a comprehensive written testimony concerning the events which took place in Old Serbia (a term used at the time to refer to Kosovo and Metohija) and Macedonia. His exposition titled, ”The Current unfortunate state of Old Serbia and Macedonia,” from 1882 is grounded in facts, and contains a wide range of information about what kinds of problems the Serbian Orthodox population faced in these regions – robberies and other forms of unlawful acquisition of material goods, murders and persecution. Condemning the Great Powers who at the Berlin Congress remained silent concerning Old Serbia’s request, Sava Dečanac describes a large number of crimes, including the names of the perpetrators, the victims, and what was their end goal. Bishop Sava Dečanac was also tasked by his countrymen with writing a request to the Berlin Congress of 1878 that they be freed of Ottoman rule, or at least be given autonomy. "Be the fathers and benefactors of the enslaved peoples of Old Serbia" – he entreated in his address, on 3 July 1878, during the Berlin Congress, remarking that Serbs had only been granted amnesty, and even this was not truly respected. This request was not accepted. "The Current Unfortunate State of Old Serbia and Macedonia" was published in 2001 by the Saint Sava Cultural Center in Istok and Old Kolašin in Leposavić. In 2016, Visoki Dečani Monastery published Sava Dečanac's texts in English, together with the translation of the book “the Suffering of Old Serbia" by Bishop Serafim Ristić of Dečani from 1864. Texts were in the original language from the end of the XIX century, and here we are publishing their parts.

In his work, Bishop Sava Dečanac also mentions that the influence of the central government was very weak, that the local government was in collaboration with the instigators of the worst crimes which happened on a daily basis, and that the perpetrators of said crimes had the open protection of the police and courts.

The local government was comprised of local Muslims, and particularly local Albanians so, as he stated – they did nothing to protect Orthodox Christian citizens.

In his text Sava Dečanac delivers a whole series of testimonies:

"… Thank God, things are a bit better for us here. The Pasha clamped down a bit on the local residents, who have at least, for now, publicly stopped speaking of how on such-and-such feast day, they slaughtered us in the church yard, set part of our town (or shops, or village) on fire, and demolished the church and the school after looting everything inside. A few days ago, they killed Jovan from Ljobožda, Marko from Dragoljevac, and Petar from Osojane, so that they could take their sheep or oxen. A house was burned down; a girl was kidnapped, and so on."

"Such unfortunate victims of the Berlin Congress" are, he states, "its decisions in our region number about 5-6,000, slaughtering us indiscriminately":

"For example, in Peć, an old peasant named Marko Stevanović and his two sons, one of whom was a student at the new school there, were killed. They also murdered the shopkeeper Jargo Mitković and Nikodim Stojanović, who had been a student at the Belgrade Gymnasium"."

Bishop Sava Dečanac then gives an account of the murder of a young peasant, Jevrem Zaharijević, who, he highlights – "had been chosen as head of his village even at the young age of 23, right as the entire Turkish Empire was becoming agitated and shaken to its very foundations…"

The young peasant "in this most difficult period was tasked with representing the interests of the people to a government" and "would appear before the higher government authorities and even before the Sultan in Istanbul in order to represent the people and to reveal the true situation at hand".

The government "seemed to be showing confidence in him":

"And sent a committee to meet him in the church at the Patriarchate of Peć. When he emerged, immediately five bullets were fired and he fell to the ground; he died immediately, at the doors of the church. From that time forward, the people of Peć have not gone to church. A few times they have attempted to enter, but immediately the Muslims begin to fire shots into the crowd, so that everyone runs home instead of going to church. It is quite clear from the actions that they intend to destroy the ancient Serbian Patriarchate of Peć and to totally exterminate the Christians who live in the area."

"Not far from Peć, in the village of Istok, the situation is quite similar, where the villagers Fića and Milutin Carević, in Tučep Jovan Marković were killed, along with many others," states further Sava Dečanac.

In the continuation of his text, however, he lists new cases of suffering:

"Truly, as we said above, no less than 5-6,000 Orthodox Christian Serbs have recently been killed in this region. Even as this report has been in the process of being written, a young man in Prizren was murdered right in front of his store, while in the village of Hoča, four hours from Prizren, one of the best young men of the village was murdered in front of his butcher shop. There were three criminals involved in this particular murder, and when later they were asked why they did this, one of them said – 'We killed him so that the butcher shop would have infidel meat for sale', while another later said 'He referred to me as brother, and then refused to accept our Muslim faith, and so he became an infidel'. Not far from Hoča in the village of Zočište, a 17 year old Serbian girl was kidnapped. The event was reported to the authorities, but, so far, no steps have been taken in order to help her."

He also explains that the "list" is not complete, and emphasizes that everything happens "before the door of the government":

"And again, I must highlight, to cry out just how frequently this happens, just how many victims there have been from among the Serbs, not even to mention how many more there will be just in the next few days as we finish this report, and yet more, while the report awaits being read, and yet more before the general public hears of it all. All of this is done with the full knowledge and tacit approval of the local authorities." 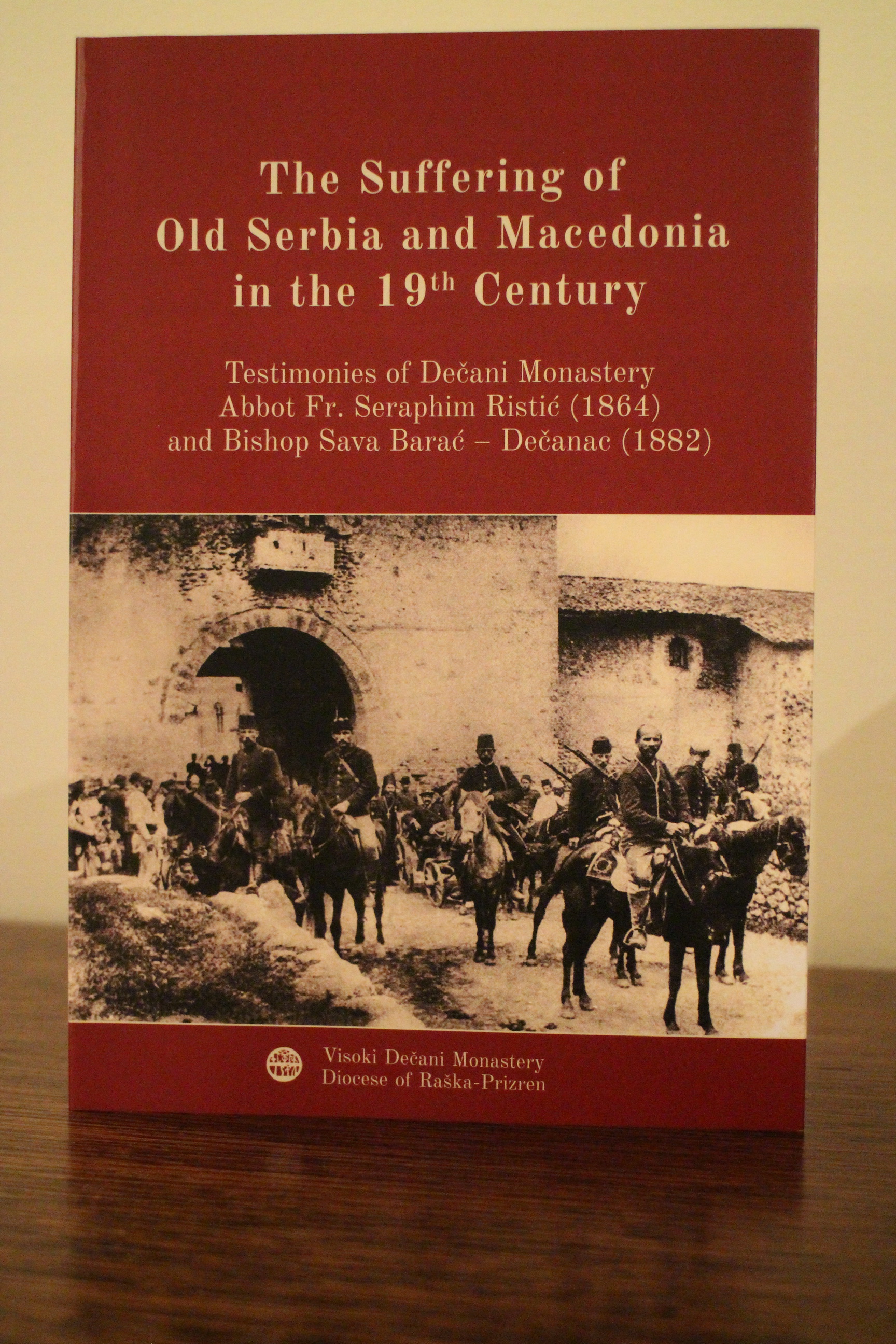 "The Current Unfortunate State of Old Serbia and Macedonia" was written with the idea that the contemporary people get acquainted with the events of that time. Although without the intention to remain as a testimony for future generations, "reading these texts from a contemporary point of view helps us understand the reasons for the continuation of inter-ethnic violence in this region and provides a vital perspective for understanding the current situation in Kosovo" – wrote archimandrite Sava Janjić, Abbot of Visoki Dečani Monastery, on the cover of the edition of this book from 2016. 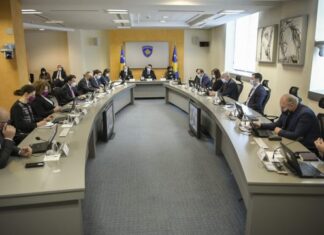