As anticipated in recent weeks, a document titled the „Energy Agreements’ Implementation Roadmap“ was concluded today within the Brussels process. This 9-point document defines what should happen in the field of energy in northern Kosovo, and in this text, I will present, in the words of Major Kursula, some personal observations related to it.

The first point of the document envisages what I mentioned in my previous text as a rational solution – licensing of Elektrosever. If that doesn’t happen, all the other points don’t make a great deal of sense because the deadlines provided in them are related to this first step, that is, the first point. That procedure can be done as early as this week, if there is political will for it, or it can take another year if such a will does not exist – as that is the way the Pristina legal system operates.

In the following points, various obligations on the part of Elektrosever are listed, as well as on the part of Pristina bodies (such as the Energy Regulatory Office – ERO) and companies (KOSTT system operator and KEDS energy distribution), with the EU as the facilitator. With regard to these obligations, I would like to point out the following:

Finally, the second to last point of this document envisages that the ERO will suspend the license of Elektrosever in case of non-compliance with the provisions within 100 days of licensing, i.e. first step/point.

Bearing all the above-mentioned in mind, the following can be concluded:

In other words, this is a significant step in the implementation of previously agreed documents dealing with energy. It is likely that they could have been implemented without it, but thanks to this agreement their implementation is a bit clearer, with a wide area for Pristina’s discretion in those parts that are ambiguous.

The reasons for its adoption are probably political and should be sought in the corpus of problems tied to the fratricidal war in Ukraine, such as the energy crisis and EU enlargement.

Overall, however, this agreement does not offer too much to Serbs in northern Kosovo, and could potentially adversely affect their position. Elektrosever, as a kind of presumed lifeline, can easily share the fate of the famous asterisk – to melt away, disappear, and be forgotten.

It should be noted that this document does not go into the issue of property, although the issue of indirect legitimization of the sale of KEDS to a Turkish investor by Pristina can be justifiably raised, given that KEDS appears as a co-contractor of Elektrokosmet.

Also, this document does not address the issue of debt for (un)supplied electricity to northern Kosovo in previous years/decades, but it does not necessarily have to be a good thing, given that the Pristina authorities continue to make the decisions on this in the now long-standing institutional game of ping-pong.

In the end, if this document is implemented by then, and if the announced exchange of Belgrade electricity for Pristina’s coal takes place, it will be interesting to break down such an arrangement into simple factors: Belgrade will export its electricity to Pristina, through a system that once belonged to it (and which it handed over to Pristina), and in exchange, it will get coal from the mines to which it (still) lays claim – or perhaps this will also be an indirect legitimization of their usurpation by Pristina.

Petkovic on the energy agreement: We didn’t hand over Valac, we opened the door for the ASM 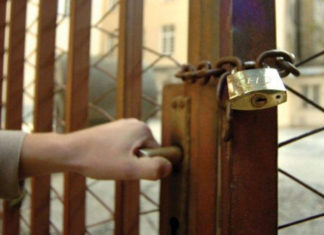