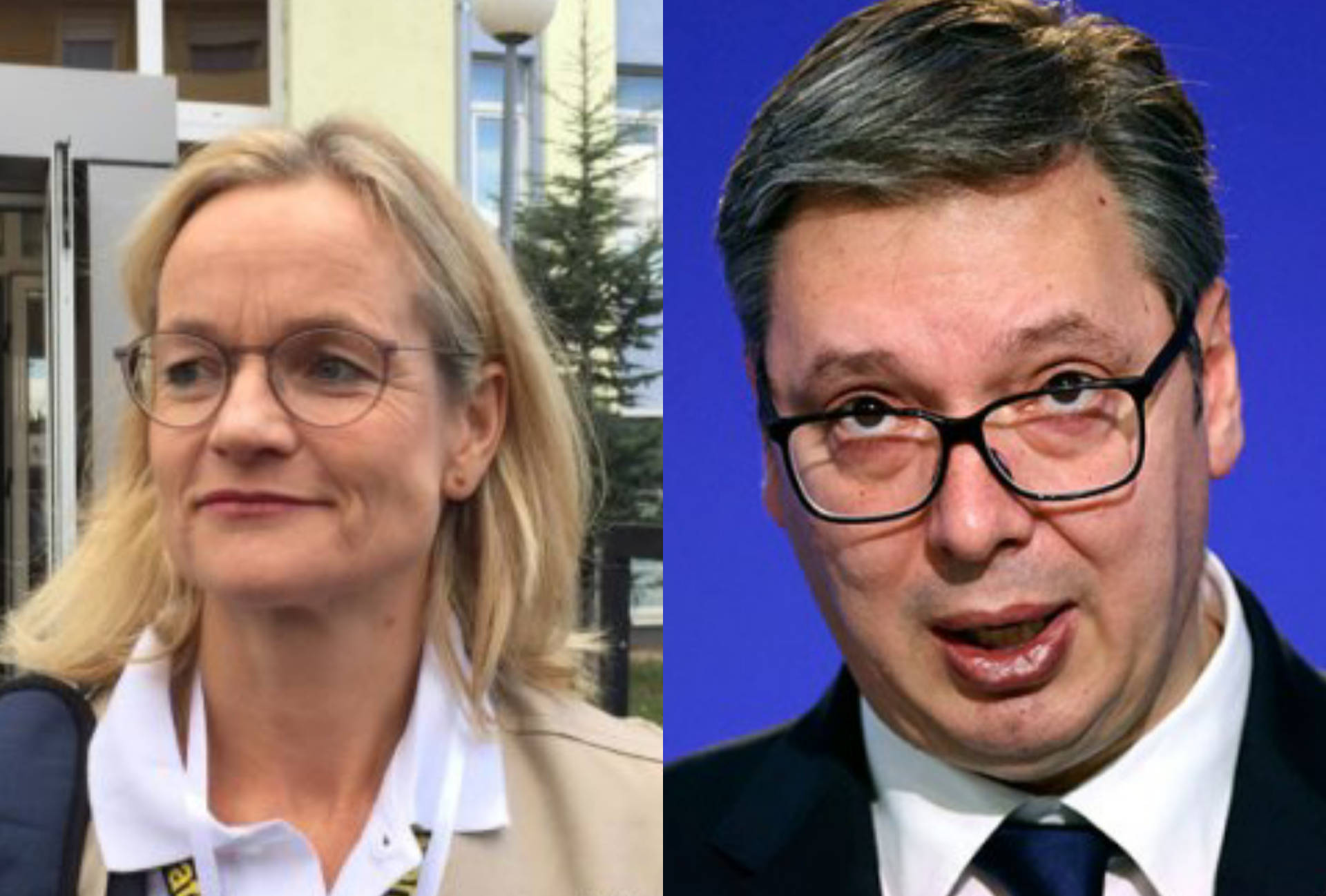 We turned Viola von Cramon into a great political star, the Serbian President, Aleksandar Vucic, said today. „The only thing she does is slander Serbia, at any time and in any place, using the worst possible vocabulary against our country, doing everything against the interests of our country“ – read Vucic’s reaction following yesterday’s meeting between von Cramon and Bishop Grigorije.

While criticizing Cramon, Vucic said that she had done everything to destroy Serbia – starting from the claim that Serbia should be convicted of genocide to the fact that Kosovo – not only must be independent but Serbs should be held accountable for everything they did.

After the meeting with the bishop, a debate opened on Twitter, when von Cramon tried to respond to the criticism of one user that the „SOC is a pro-Russian entity“, saying that the structure of dioceses within the SOC is more independent.

„There is no ‘Serbian Orthodox Church’, these are very autonomous dioceses, different to the Catholic Church. Speak to the Bishop and you will be surprised,“ Von Cramon tweeted in response.

She deleted this tweet in the meantime. Nevertheless, the following headlines appeared in some tabloids: „Viola von Cramon abolished the SOC“, „Serbian Orthodox Church does not exist“, „The biggest disgrace for the SOC, Grigorije met with a lobbyist for an independent Kosovo“, etc.

„As far as this conclusion is concerned, there is no SOC, only its diocese, you can deduce how she came to that conclusion. I have nothing more to say, it seems to me that every smart person understands that very well,“ said Vucic.

Bishop Grigorije was the Bishop of Zahumlje-Herzegovina for two decades. In the 1990s, he attended the Faculty of Theology in Belgrade. He was one of the organizers of student protests against the Milosevic regime and the ensuing war.

Over the years, along with Bishop Atanasije, he openly criticized the policy of the radical party. The bishop also spoke openly about the politics of the SNS on several occasions.

At the same time, Bishop Grigorije has been under attack by Serbian tabloids for years.