Time is not Serbia’s ally in resolving the Kosovo issue. Neither Germany, nor France, nor America, nor a great power, will change their position on the status of Kosovo, the Serbian President, Aleksandar Vucic, said tonight.

„They are too great for us to teach them how to behave,“ Vucic said tonight following a session of the presidency of his party – SNS.

The Serbs have an unrealistic approach, he underlined, pointing out that he has been trying to get by and fight for nine years.

If they file a genocide lawsuit, we will defeat them in every sense

Vucic once again addressed Pristina’s announcements on the lawsuit against Serbia for genocide.

He reiterated that he would be responding to various international actors every day who „would not like to talk about the ASM (Association of Serb-majority Municipalities)“ and say that „borders must not be changed“. The president argued that the only borders they would like to change are Serbia’s borders – but that they refuse to openly say so.

Vucic revealed that when he is told that the former Yugoslavia, that is, Serbia, was attacked in order to prevent a humanitarian catastrophe in Kosovo, he will say:

„Well, wait, I heard from you that there is a greater humanitarian catastrophe in Afghanistan and Syria, Iraq, and you did not change the borders in any of those countries, you only changed the borders of Serbia.“

There is no answer to that and there will be no answers, he added, while remarking that Serbs must come to terms with the double and different standards.

The Serbian President once again spoke about what his international partners, in his words, are telling him – that he should know that Serbia is small while they are big and powerful.

He revealed that he wants to „improve Serbia economically“ and for it to have the highest growth rate.

Vucic also explained that Kosovo cannot file a lawsuit for genocide as Kosovo unless it does so „under some other flag and name.“

„Maybe Albania is not a foreign country for them,“ Vucic added.

„But that (cf. filing a genocide lawsuit) will cause other types of complications, but what I can guarantee is that Serbia will come off victorious,“ he concluded. 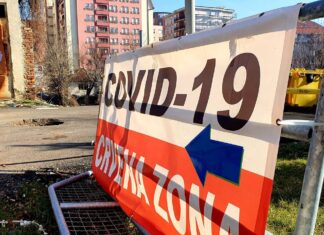