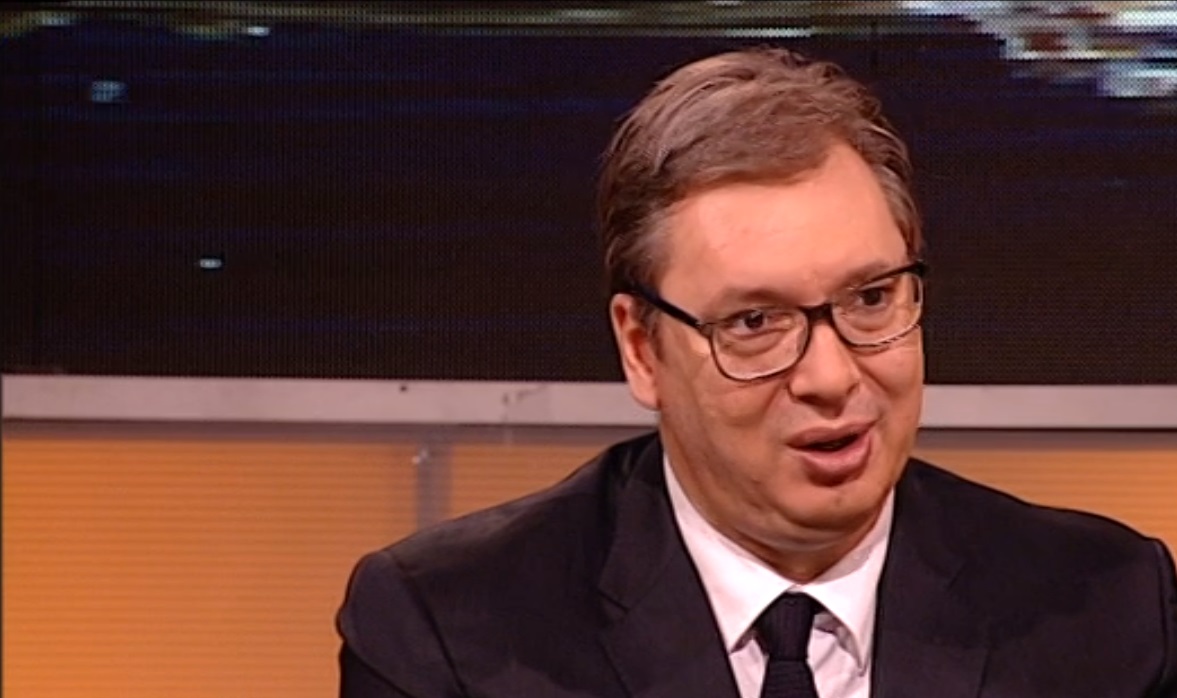 The President of Serbia, Aleksandar Vucic revealed last night that Serbia’s problem lies in the fact that Albanians and Europeans are not really ready for a compromise solution, noting that Serbia is ready to discuss a wide variety of topics.

Not only are they not ready to compromise, but what they desire is Serbia’s defeat, Vucic said during his guest appearance on the “Cirilica” talk-show on Happy TV last night.

„All of them desire Serbia’s defeat (for one side to get everything and the other to get nothing). All of them want this in one way or another – especially Albanians. I have nothing to hold against Lajcak or the European Union. All of them want the defeat and humiliation of Serbia,“ he added.

According to the president, this desire is reflected in the fact that the Albanians are requesting in Brussels for Serbia to apologize for genocide, as well as compensation for war damage and mutual recognition.

Thus, the president predicts the continuation of the frozen conflict, underlining that he is not happy about it and that it is not in Serbia’s interest. He also stressed that the Albanians did not respect the Brussels agreement.

When asked about the possibility that Kosovo may once again apply for membership in UNESCO, Vucic replied:

„They are clueless. They do not read the agreements they sign.“ He added that according to the Washington agreement, Kosovo has no right to apply to international organizations.

„If they apply to any organization, they are in for a big surprise and they know that when I tell them so – that I am telling the truth. Then let them clutch their heads,“ said Vucic, noting that he is not addressing Albanians.

I am addressing their mentors who formed the so-called state. Well, if that is the case, if they do not respect the agreement, I am telling you, you will face numerous surprises – positive ones for our people, and I am not sure that you will have a positive reaction to them

„We want peace, we want the best possible relations with you, but you cannot walk on Serbia,“ the Serbian president said last night.

Vucic also addressed an avalanche of negative reactions that recently arrived to the allegations presented by the president of the Serbian Academy of Sciences and Arts (SANU), Vladimir Kostic, who said that Serbia does not control Kosovo and that there is no status quo.

Vucic emphasized that he does not understand the „hysteria.” He further noted that, although he does not agree with Kostic on almost any topic, according to the president, Kostic also presented some correct allegations. Serbia will fight to get more than nothing, Vucic concluded.