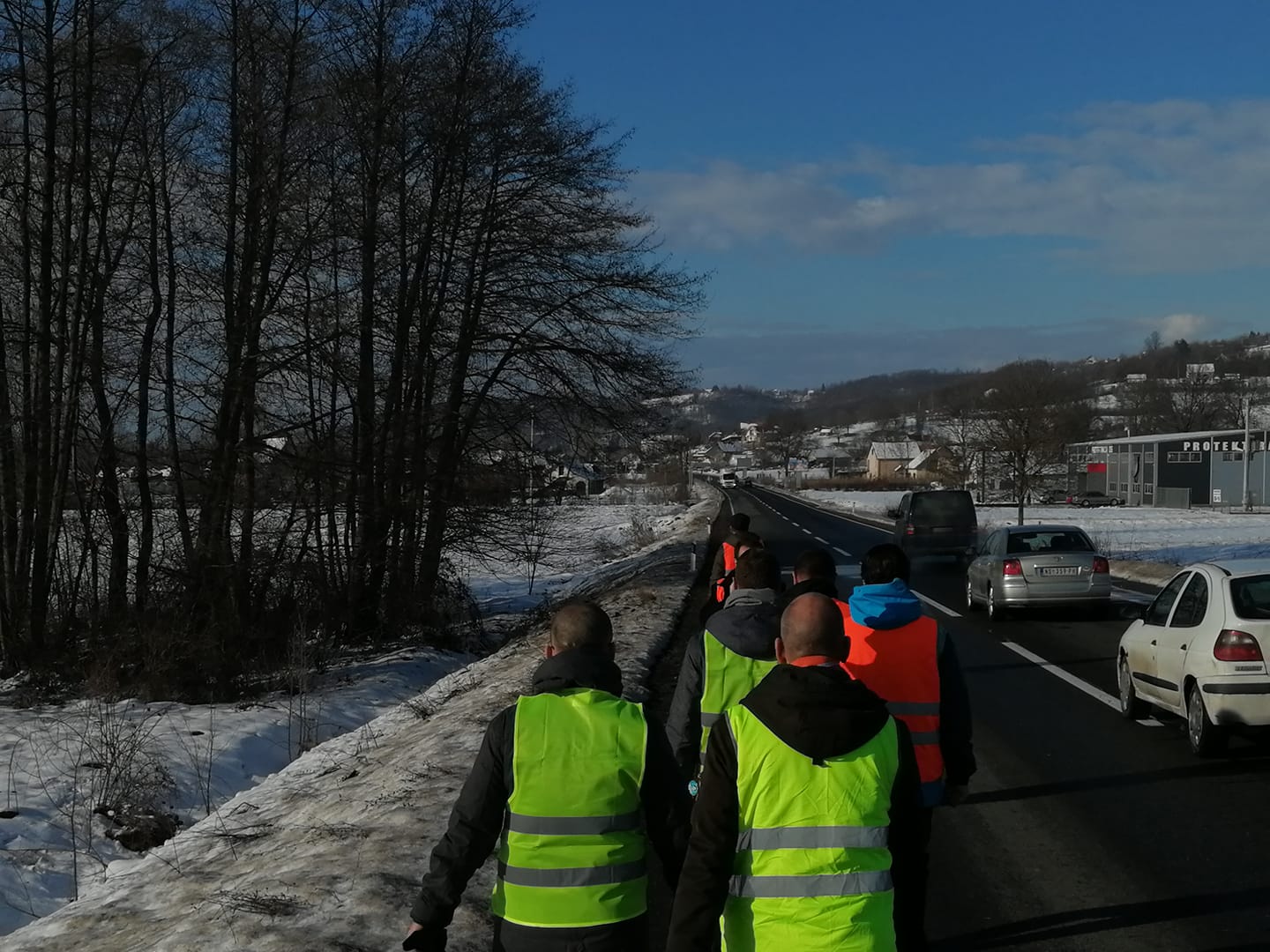 The members of the opposition movement Local Front (Lokalni front) from Kraljevo are walking on foot from their hometown to Belgrade to protest, where they will join tens of thousands of dissatisfied citizens, on the fact that Oliver Ivanovic’s killers and instigators remain unknown a year later.

On their four-day, 170 kilometers-long journey to Belgrade, the Local Front members have won sympathies from people across Serbia and the region.

The representative of this movement, Predrag Vostinic said that citizens’ support gives them the strength to continue their journey, Belgrade-based Beta news agency reported.

„This is our country, our society, we are creating it. The fact that our government is in the hands of louts is our problem at the moment. We need to get rid of primitivism,“ he explained the reason behind their march.

„All of our cities are chained to the brutality and unscrupulousness of criminal authorities that have only one goal. Personally enriching the team of close authorities, at the expense of citizens and at the expense of the public good, at all costs,” the Local Front stated on Saturday, while also expressing hope that no one else will have to pay the price which “Oliver Ivanovic and his family paid for opposing this machinery”.

By making a protest march on foot, they want to show that people outside Belgrade are also protesting and that „there are no worse things than the murder of those who do not share the same attitude and the failure to solve this case“.

This grass root civic initiative currently has one seat in the Kraljevo municipal assembly and its activities are currently to perform as an oppositional political initiative. Its activists also often pay visits to Kosovo Serb enclaves.