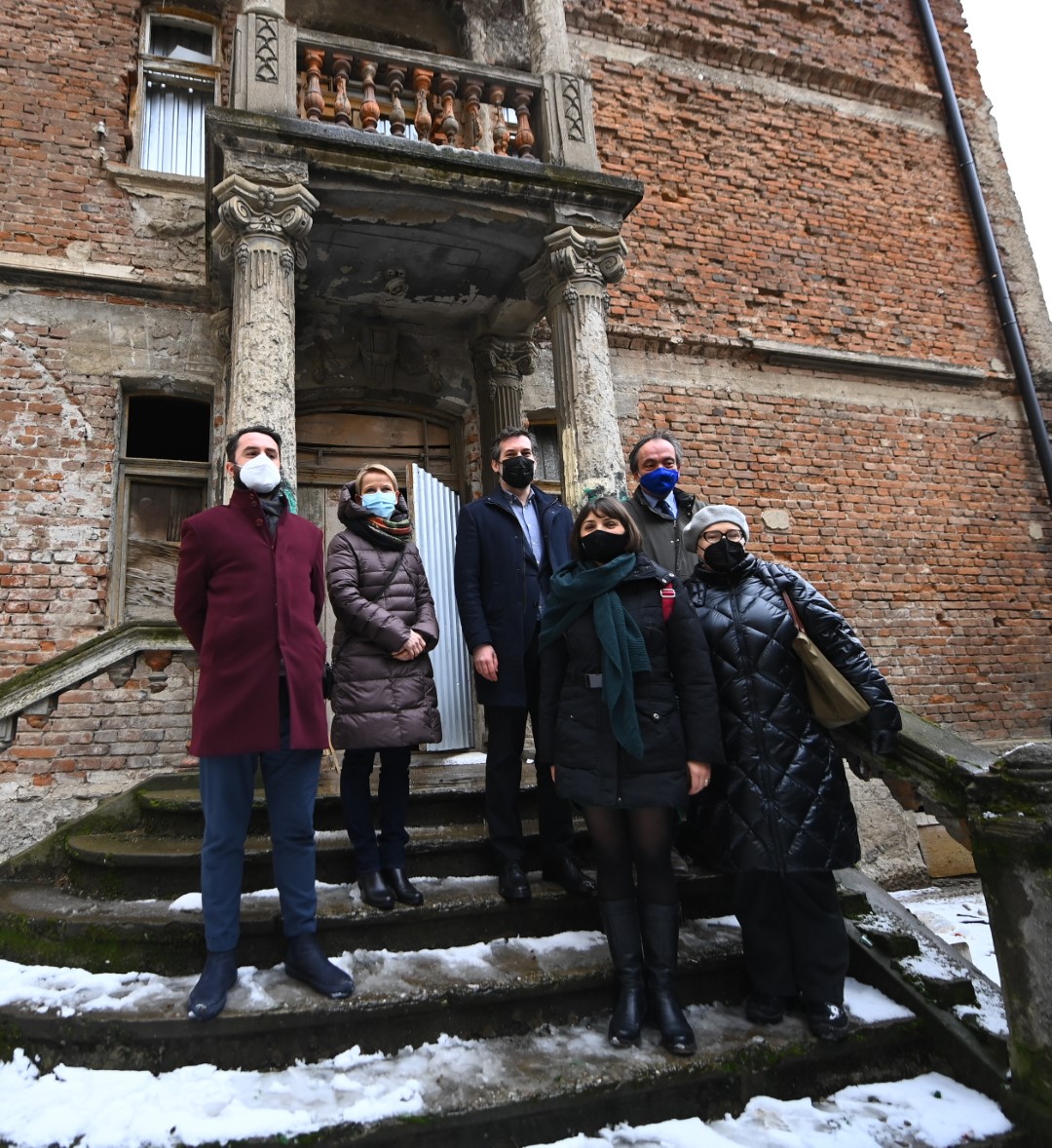 “The EU, UNDP and MCYS take into account with concern the controversy connecting the building’s past and are currently working on alternatives for the future benefit of the local community and inter-community dialogue,” the international agencies and the Kosovan Ministry of Culture, Youth, and Sports wrote in a joint reaction tonight. Their answer arrived after they boasted that the restaurant works, valued at €300.000, on the house of Xhafer Deva were recently initiated. Historians, however, recall that Deva was actually a prominent Wehrmacht figure.

As Kosovo’s institutions showed their pride over Deva, UNDP said in a statement earlier this week that it was one of the “most remarkable heritage sites, the House of Xhafer Deva.”

In a joint text issued tonight, the European Union, UNDP, and the Kosovan Ministry of Culture, Youth, and Sports strongly condemned, saying that they have “zero tolerance” towards any form of racism, discrimination, prejudice or ethnic belonging which attempts to justify or promote racial hatred and discrimination.

“Tolerance, peace, and respect for all human beings are at the heart of shared values of the European Union, UNDP, and Ministry of Culture, Youth, and Sports (MCYS),” the partners on the joint project “Cultural Heritage as a Driver for Intercommunity Dialogue and Social Cohesion” stated tonight.

According to them, the project, which aims at renovating the house in question, is a joint effort under the scope of the European Union (EU) instrument “contributing to stability and peace.” It will be implemented by the UNDP, in close cooperation with the Ministry of Culture, Youth, and Sports (MCYS) with whom the UNDP signed a cost-sharing agreement to renovate this object.

“Preservation and rehabilitation of cultural and religious heritage is driven by the need to ensure its existence for posterity, focusing on architectural values of such sites.”

The three partners reiterated in a joint statement that the house of Xhafer Deva was built in 1930 by Austrian architects and workers in the city center, noting that since 1945, the building has been publicly owned and used as a health care center, a shelter for homeless families, orphanage, and at one point in time it served as a municipal building.

“The building belongs to the modern Western-European style and is the first one of its kind in Mitrovica, with numerous external decorations, typical for its style. The house is in the temporary list of protected cultural heritage sites in Kosovo.”

“Despite it being declared a cultural heritage monument, the house has fallen into disrepair. The planned restoration will ensure that its architectural values are restored, and the house is once more re-claimed for the community. Once restored and functionalized, the house will serve a dual purpose: the ground floor will provide a space for cultural and community events whereas the first and second floor will house the Regional Centre for Cultural Heritage. The Cultural Centre, once fully renovated and functional will serve as a hub for local communities to come together, explore ideas, promote inter-culturalism, tolerance and connectivity.”

They furthermore claimed that in addition to the values that the “House” will bring to local communities, it also has “extraordinary values for the culture, architecture of the region and society in general.”

“The EU, UNDP and MCYS take into account with concern the controversy connecting the building’s past and are currently working on alternatives for the future benefit of the local community and inter-community dialogue,” they concluded.

„For the people unfamiliar with the history of World War II in the Kingdom of Yugoslavia (1941-1945) or those who only have a superficial knowledge of it, Xhafer Deva (1900/904-1978) – who was born in Istanbul in 1900 according to one source, or in Mitrovica in 1904, according to another – was a prominent associate of the Wehrmacht, the armed forces of Nazi Germany entrusted with managing the occupation zone „Serbia“ (which spans the area of today’s Banat and the territory from Belgrade to Kosovska Mitrovica and Podujevo), which together with Thessaloniki formed a larger occupation unit called “Southeast.” In addition to being the district chief of the Kosovo-Mitrovica district during the German occupation, General Hans Gustav Felber, the commander of the occupation unit „Southeast“ and the zone „Serbia“ from August 15th, 1943 to September 26th, 1944, describes Deva in his report as the main driving force in Kosovo and Metohija, noting that his actions against the partisans exceeded all Wehrmacht expectations,” they wrote in an op-ed published by KoSSev earlier today. 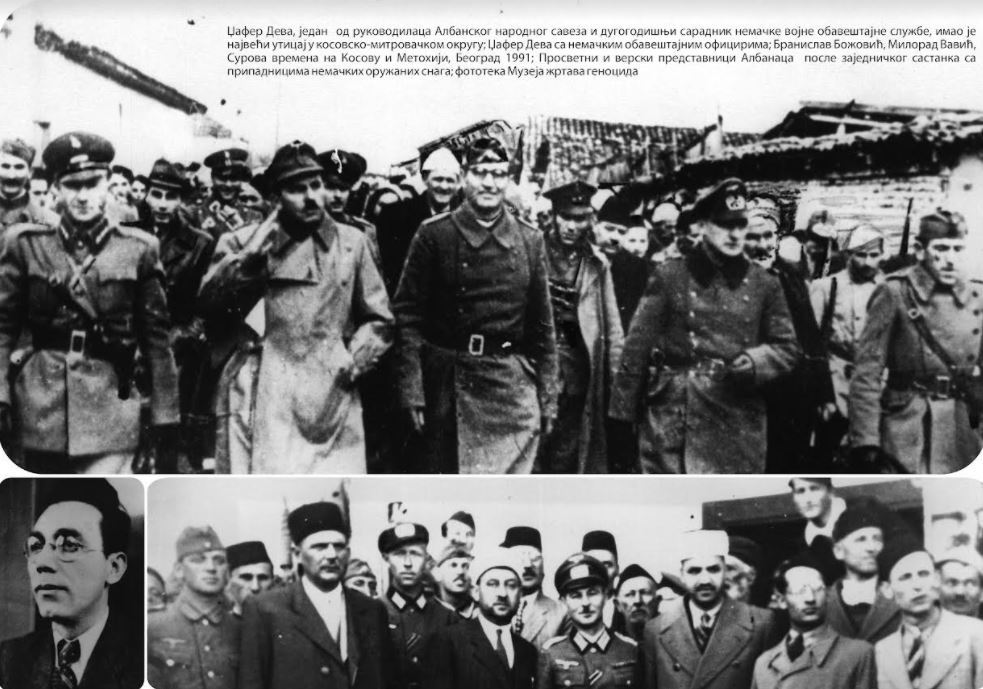 KoSSev previously wrote about this house back in 2014. The house in question, according to sources in South Mitrovica, is considered to be the oldest house in the city. Kosovan authorities designated it a cultural monument, describing it as a building of great historical, cultural, and architectural value. As early as 2014, the plan was to invest €150,000 in its restoration, in order to turn the house into a „museum of Xhafer Deva and his family.“ It was also planned for the house to contain „rooms for international guests“.