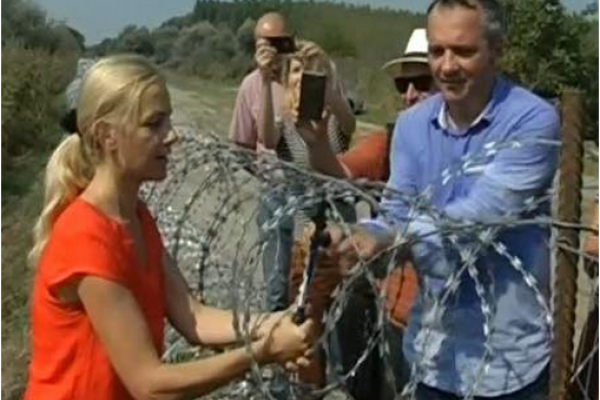 Anarchy has unleashed upon the World”

Earlier this year, when the Hungarian government announced the construction of a fence on the border with Serbia, and it became clear that the „first line of defense“ will be infamous razor wire, I thought, ok, then I know it well. It was part of my life for years in Kosovo’s divided town of Mitrovica. In that city, old and new, used and just left behind, razor wire was so common that no one paid any attention to it. The problems always appeared when those razor wires disappeared.

Here and now the situation is different. The problem arose when, following the order of the Hungarian prime minister, razor wire was deployed at the border with Serbia. The message was clear, despite the fact that Viktor Orban wanted to bee seen as the defender of Europe, a Janko Hunyad 2.0, since the very first moment he has been working hard to destroy European solidarity, one of the cornerstones of a unified Europe, that, after the 2nd World War brought peace and prosperity to the continent.

In the political and media pandemonium that surrounds the refugee crisis, it is impossible to tell the real story from behind a computer screen and without leaving the very comfortable fortress of Europe. The delusion of the  fortress which serves political charlatans, those who are deeply involved in the business of hate. Fears, hatred, ignorance, all come together and sells well in the political marketplace, and perhaps produces extra political profit and Europe, “the Union”, seems lame. Its politicians only try to survive for another day or two, their eyes are sheepishly fixed on the end of their mandates, while systems are collapsing and extremism is becoming the new tool. Challenging times. Challenging to remain human.

It is stunning how Europe, the Union, is unable to find a solution for the a problem which, in just a few months, could turn the political landscape of the continent upside down. The words coming from Brussels are weak, and all eyes are fixed on the big countries of the Union waiting for some sort of salvation. No innovation, vision or leadership emerges from Europe, and it just encourages the Orban-like charlatans to spread the disease. Even shyly spelled out words are heard in the West which say that perhaps Orban is right and he is the one who chose the right approach. It is getting crazy.

If Europe, the Union, thinks that this problem can be solved with generously offered quotas and barbed wires, I do not really know what to think. If they really believe that a new iron curtain can stop the flow, then Europe is ripe for Armageddon. Yes it is getting late. The problem has been there for several months now, and the only acts we saw were the politics of alibis. No comprehensive solution was offered. The EU never talked about the situation in Turkey, the country where most of the refugees cross. Turkey which shares the biggest burden of the Syrian civil war. Or Lebanon where one third of the population made up of Syrian refugees. The current refugee crisis could have been solved with the tools of diplomacy and dialogue.

Help Turkey to deal with the problem. Help for example by giving refugee kids proper schooling. Having traveled with them, most of the refugees fleeing with families told me that one of the reasons they are looking for a place in Europe is because they want to see their kids in proper schools. And the schooling of refugee kids is a huge problem. Larger than life. In Turkey alone, according to the official figures, there  are four hundred and fifty thousand school-aged children. If we, the Union, do not help them, and very fast, this generation will be a lost one. By then those  450,000 children will be the prefect recruiting ground for radical groups like IS, Al Nusra, Al Quaida. We have been there and we have seen it. Just have a look at Pakistan. Do we really want to see a network of madrassas run by radical imams sprout up like mushrooms at the Europe’s borders? If not, but only if not it is really time to do something that is innovative and courageous. Barbed wire does not and will not work. Unfortunately, as far as can I see, this is not the common understanding in the Union and I am afraid that by the time we all understand this it will be too late.

Just a few years ago in Northern Kosovo, a handful of brave international civil servants, using the tools of diplomacy and dialogue were able to prevent the extinction of the remaining Kosovo Serbs. Those few had the courage to go against the orders of the centre. They had the vision to understand the dynamics of events in the ground. Through diplomacy and dialogue they achieved the most any peacekeeper can achieve: they saved lives. I am sure that there are people who know what to do in critical situation when the stakes are far higher. Allow them to do so. 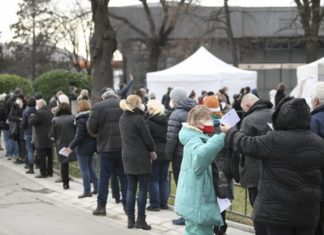