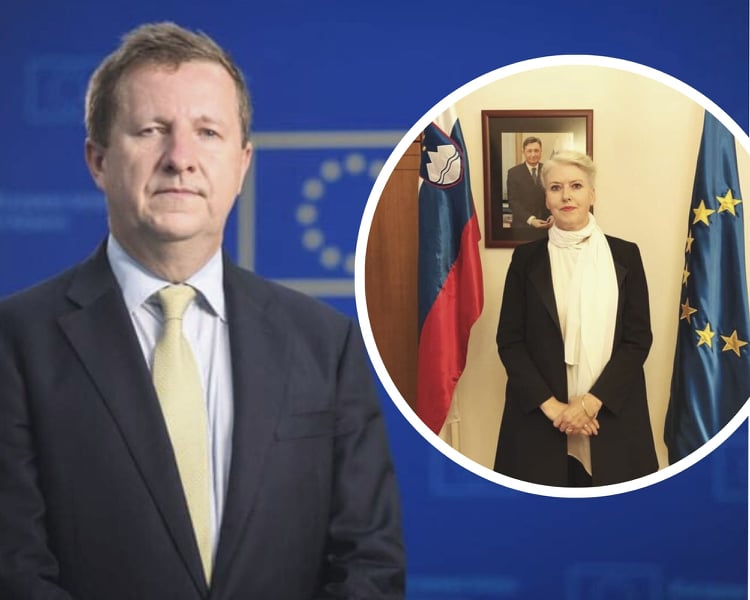 Today in Brdo pri Kranju in Slovenia, the leaders of the European Union and its Member States, and their counterparts from the Western Balkans region gathered to demonstrate their commitment to build a better common future. The European Union in the Brdo Declaration reaffirmed its unequivocal support for the European perspective of the Western Balkans and welcomed the commitment of the Western Balkans partners to the European perspective, which is in our mutual strategic interest. The European Union reconfirmed its commitment to the enlargement process, based upon reforms by partners and respect of democracy, fundamental rights and values and the rule of law. We share a common history and culture, and together, we are responsible for a common future of a united Europe. Therefore, we should put vision into action: a vision of a future rooted in peace and prosperity.

The European Union wants to be an engine of positive change across the region. The European integration has indeed a transformative power, upholding European values and supporting those reforms. Backed and supported by the European Union, reforms enhance political and economic governance, aim at the highest standards of adherence to the rule of law, the promotion of media freedom, and vibrant civil society. The European Union support is firmly attached to European values – values that the majority of Western Balkans citizens see as very important for their livelihood and future. As potential future European Union Member States, our partners in the region are part of our vision for a stronger, greener, and more resilient Europe.

As an evidence to the importance, the European Union attaches to the region and the Summit, the President of the European Commission, Ursula von der Leyen, visited Kosovo last week, as part of her tour of the Western Balkans. She wanted personally to demonstrate the shared strategic interests of the European Union for Kosovo and to play a constructive role in the preparations for the Summit.

The European Union provides unprecedented financial support which will bring forward more sustainable, green, digital, and people-focused growth, benefiting the region and Europe as a whole. We remain assured and optimistic about the long-term positive effects of the Economic and Investment Plan and Green Agenda for the Western Balkans. The Plan sets out a substantial investment package mobilising some EUR 30 billion for the region over the next seven years, comprised of EUR 9 billion in grant funding and EUR 20 billion in investments, leveraged by the new Western Balkans Guarantee Facility. It will increase the region’s competitiveness through sustainable transport and energy connectivity, unleash its economic potential and expand the scope for regional economic cooperation and trade. Through the Economic and Investment Plan we are working together on building and upgrading sustainable transport and energy infrastructures, and on addressing the great societal transformations of our time: the green transition and digitalisation.

We are Kosovo’s biggest trading partner, with its Foreign Direct Investment reaching EUR 151.6 million in 2020. The European Union is bringing significant investment opportunities to

the region, now it is for the region to use them well by harnessing its full economic potential and establishing a Common Regional Market based on European Union rules, examples, and standards. This ambitious regional economic integration project was agreed upon by Western Balkans Leaders in Sofia in November 2020, and it will not only unlock the economic potential of the entire region and make Kosovo a more attractive investment destination, but it will also bring Kosovo closer to the EU. We are proud to remind you of some tangible effects of European Union support: We marked the start of the roaming free era in the Western Balkans as of the 1st of July 2021. Connectivity and roaming-free and similar projects have a concrete impact on everyday life. Therefore we also welcome the roadmap for roaming, which will create the conditions and set clear targets for lowering roaming costs between the European Union and the Western Balkans.

Other examples are the “Peace Highway in Kosovo” linking Pristina with Nis in Serbia, completion of the construction for wastewater treatment plan in Pristina, or upgrading the railway route connecting Belgrade and Pristina.

Another challenge, not to be underestimated is countering disinformation. During the COVID-19 pandemic, it has become even clearer that it targets citizens, polarises societies, challenges democratic values, and threatens lives and public safety through misleading health advice. We remain faithful to battling this phenomenon through financing studies; promoting awareness about the issue and investing in education and activities such as workshops for students and teachers across the whole Western Balkans. In conclusion, we, as ambassadors serving in Kosovo, strongly believe that it is through regional cooperation that the people-to-people connections can be strengthened and the full economic potential unleashed. Responsibility, leadership, and vision are crucial, together with participation and joint efforts by the entire society. In this context, dialogue and regional cooperation are key to dealing with the difficulties of the past and addressing bilateral issues including the need to make progress in the framework of the European Union-facilitated Belgrade-Pristina Dialogue. We are pleased that an agreement concerning the latest crisis over the license plates has been reached and is being implemented.

The Western Balkans are at the heart of Europe, geographically surrounded by the European Union Member States. We strongly believe that sustainable development, stability and prosperity of the region are in the vital and strategic interest of the European Union. We know that the Western Balkans countries are reliable, credible and constructive partners, willing to contribute to shaping a positive vision for the future of Europe.

Joint Op-Ed by Tomáš Szunyog, Head of the EU Office/EU Special Representative in Kosovo and Minca Benedejčič, Ambassador of the Republic of Slovenia to the Republic of Kosovo in relation to the European Union and Western Balkans Summit in Brdo, held on 6th of October 2021.