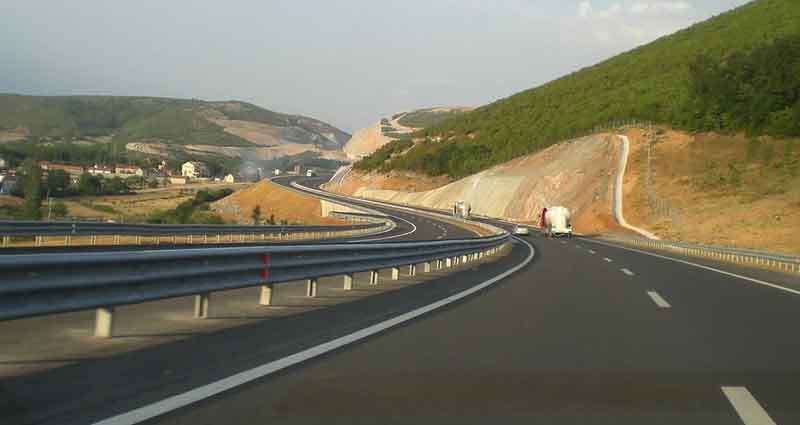 The only infrastructure project Belgrade and Pristina are to work on together is the construction of the Nis-Merdare-Pristina “highway of peace.” The project is to be carried out through the Connectivity Agenda of the Western Balkans Six, which will enable a better transportation link within the region, especially between central Serbia and Kosovo. The construction of this highway, according to the Serbian Ministry of Construction, Transportation and Infrastructure, is important because it will give Serbia another point of access to the sea via the Port of Durres. The total length of the modern motorway from Nis to Durres would be 384 kilometers.

The project will be realized with the support of the EU, i.e. the European Investment Bank (EIB), with which a final agreement on financing has already been made, as well as of the Western Balkans Investment Framework (WBIF). The construction of the first 40-kilometer section from Nis to Plocnik is worth EUR212m and will be a priority for the Ministry of Construction, Transportation and Infrastructure in 2018. Ministry officials say that the highway will bring Serbian companies new jobs and investments and connect some 500,000 people living in the Toplica, Nis and Pirot districts.

The length of the future Nis-Merdare-Pristina highway is around 100 kilometers, of which the section from Nis to Merdare (the crossing on the Kosovo-Serbia administrative line) is 77 kilometers long. Serbia has prepared the necessary paperwork for the highway’s construction and the preliminary design was financed by the Western Balkans Fund (WBF). The first public call for the selection of the contractor will, according to announcements, be organized by the end of the year.

Estimates say that the building of the highway from Nis to Merdare, which will include several tunnels and bridges, will cost Serbia EUR855m, roughly EUR10m per kilometer, for which it will have to take a loan from the EIB and probably from the European Bank for Reconstruction and Development (EBRD), too, but there is still no indication as to the terms of borrowing. Serbia will certainly use a portion of the money it gets from the concession for the Belgrade airport to build infrastructure and has yet to decide between which priorities that money will be divided (the concession will pour about EUR470m into the budget).

Head of the EIB Regional Office for the Western Balkans Dubravka Negre has said that a large portion of the funds for the construction of the Nis-Pristina highway will come from EU grants to both Serbia and Kosovo, which will additionally increase its cost-effectiveness. In her words, the EIB loans for the motorway will be favorable, and the bank only takes part in projects that are economically and technically justifiable and cost-effective.

Serbian officials hope that the entire highway from Nis to Pristina, which would be an arm of Corridor X, will be completed by 2020. Kosovo is expected to finish its 22-kilometer part of the motorway soon, because it launched it a few years ago and is now wrapping up the construction of the highway starting from Podujevo, halfway between Merdare and Pristina, stretching across the entirety of Kosovo, almost all the way to Tirana.

Kosovo’s economic experts believe that the road has strategic importance for Kosovo because it enables communication and the flow of goods and people, from which Serbia will benefit the most. They say that the economically stronger party – Serbia – would profit the most from the project, as it has higher exports and more offers, but also add that Serbia’s strategic position changes in this way because it automatically gets easier access to three or four ports, which is a great advantage.

Modernizing transportation infrastructure is one of the key priorities of the EBRD in the Western Balkans. The bank is crediting railway modernization projects in Kosovo in a bid to connect Kosovo via the Pan-European Corridor VIII and Corridor X to European countries. Kosovo has railway links to Serbia and Macedonia, but not to Albania and Montenegro. As of autumn 2013, Serbian Railways have been running the Belgrade-Kraljevo-Kosovska Mitrovica line, while from Kosovska Mitrovica it is run by the Kosovo Railways.

There are potential railway transportation development projects between Serbia and Albania, which include Kosovo. No funds have been secured for the projects yet. They are: the Belgrade-Lapovo-Kragujevac-Kraljevo-Pristina-Prizren-Skadar-Tirana (on most of the route there is a railroad that needs to be modernized, but a new one also needs to be built on the Prizren-Skadar section) and the Nis-Prokuplje-Pristina-Prizren-Skadar-Tirana railway (again requiring the construction of a new railroad between Prizren and Skadar).

Dragoljub Rajic of the Business Support Network says that the infrastructural linking of Serbia and Kosovo is important in the long term, because Kosovo is currently a sort of “hole” on the economic map of Europe, which can be used to open another infrastructural corridor to Albania:

"This infrastructure is important for some of the Serbian companies marketing their products in Kosovo and Albania. The most important for Serbia are corridors X and XI, which bypass Kosovo. Rajic says that, from that standpoint, connections to Kosovo are not crucial for the Serbian economy, but, looking at broader aspects and the future, Kosovo and Albania are two potential markets for the sale of Serbian products and goods, which is why it is important to make these connections viable, too."

These corridors, in his opinion, are equally important to Europe as they are to Serbia, because if the EU plans to integrate the entire Western Balkan region into the EU, then it cannot leave Kosovo without vital modern roads. Rajic believes that increasing exports to countries of the region such as Macedonia, Montenegro, Albania and Bosnia and Herzegovina is strategically important for Serbia, because the Serbian economy lacks sufficient high-tech products to export to the EU and other developed markets with fierce competition, thus it should aim to at least increase exports to its neighbors, who lack the numerous agricultural, metal, energy and other products Serbia can offer.

The Business Support Network was a founder of the Rail Cluster for South East Europe (RCSEE), which is currently the sole business organization in the region rallying companies from all former Yugoslav republics (Slovenia, Croatia, Bosnia and Herzegovina, Montenegro, Serbia and Macedonia) that does not include Kosovo companies. In partnership with several of Europe’s biggest European rail clusters, the RCSEE has received support from the European Commission for implementing the Promoting European Rail Excellence Outside EU – PERES project, which aims to link even more firmly and create a network of member companies of all European partner organizations, as well as provide them with concrete support in participation in markets outside Europe (Asia and Africa).

”Due to poor economic ties and fairly chaotic prospects of rail development in Kosovo, we have no communication with any railway company or any railway subcontractor from Kosovo. Kosovo’s integration in the political and economic sense and raising the level of cooperation with other countries of the region are necessary in this field, too,” says Rajic.

He also said that there was no developed railway infrastructure without cooperation between neighboring countries, i.e. without connections to the Serbian, Macedonian and Montenegrin railway operators better cooperation of Kosovo railways on major regional projects could not be expected either. Among those projects, he added, the most important are the revitalization and modernization of railways and the ICT infrastructure on the rail, which is in this part of Europe 30 plus years old or completely non-existent in the modern sense of the word.

According to an analysis by the Forum for Ethnic Relations, utilizing this potential for improving the freedom of movement and economic cooperation between Serbia and Kosovo, and consequently strengthening their economies and normalizing relations, requires the implementation of all agreements reached within the Brussels dialogue, but also the realization of cooperation in the construction of the road and railway infrastructure, as well as restoring air traffic between Belgrade and Pristina.

There was talk last year of establishing flights between Belgrade and Pristina. The Serbian government founded a working group for the normalization of air traffic in the Balkans, which is to find a way to re-establish a Belgrade-Pristina civil air route. This is also part of the Brussels Agreement, but the flight has not been established to date.