The allegation that an organized fight between two groups of young men took place in Laplje Selo this Monday can be increasingly heard in the public. The commander of the police station in Gracanica, Bratislav Trajkovic, also confirmed the same allegation in a statement for KoSSev. On the other hand, a politician from Kosovo, Nenad Rasic, whose son sustained severe bodily injuries during the fight, revealed that he is certain that his son did not know that there would be a fight, and that „two groups cannot be compared“ – as one consisted of „bare-handed students leaving school“, and the other of young men, some of whom finished school several years ago and who were waiting for them armed with weapons. He denied the allegations of the President of Serbia, Aleksandar Vucic, that the school was closed on Monday when the fight broke out.

The father of the injured young man – politician Nenad Rasic told KoSSev on Wednesday that he does not want to prejudge and that he is waiting for the conclusion of the investigation and court proceedings.

Even if the fight is proved to be organized, Rasic stressed that his son did not know that a fight was about to take place.

„He showed me the posts and pictures from Facebook which announced this, and he thought it was a joke. Because the accused – a minor who is now pretending to have been injured, told him – ‘we are waiting for you tomorrow’. My son laughed, thinking it was a joke. He did not assume that something like that could be organized,“ Rasic told KoSSev.

Commenting on the statement of the President of Serbia that it was a scheduled fight between two 20-member groups of young men, Rasic says that the group that attacked his son and his friends included young men who graduated high school several years ago.

„What are the children who graduated school doing in front of it with brass knuckles and hammers?! Even if it turns out that someone from both groups has scheduled something – that does not mean that children from other schools, or children who have finished school, have a reason to be in front of the school with crowbars, hammers, brass knuckles.“

Reiterating that he does not want to prejudge, he emphasized that the fight was announced by, as he said, „one group“ on social networks.

„The third message probably indicates that one group was preparing itself and the other probably was not. Now, if that happens, that you are ready in some way, and some other group is leaving the school, that is an attack on the students who are leaving the school. I have to look at it from that angle because it is the only rational and normal thing. My son did not have brass knuckles, he did not have a crowbar, none of the members of his group, let’s call it that, had one, he did not have any weapons that the others had,“ Rasic added.

That is why it is impossible to compare the two groups – „there must be a clear difference“.

And what would you do if someone, who finished school five years ago, was waiting for you in front of the school with a crowbar in his hand?

Commenting on the incident in Laplje Selo, the President of Serbia, Aleksandar Vucic stated that he has information about how everything played out – „who scheduled the fight, who quarreled with whom, how the quarrel over a girl came about.“

Rasic told KoSSev that he does not rule out the possibility that there were previous squabbles.

„They are kids, it’s normal to have some disagreements in the sense – I like that girl or this one, but the important fact is that this person hit my son with brass knuckles, it’s a weapon, he inflicted heavy bodily injuries.”

Vucic also stated that the school was closed on Monday, as only online classes were held, and that Nenad Rasic’s son came to the scheduled fight by design.

Rasic denied these allegations, saying that it can be easily concluded that the classes were held based on the fact that in addition to the boys, there were also girls present in front of the school.

„Unfortunately, in that video, a lot of girls can be seen standing on the side, that is, children who came out of school. Now, if Vucic estimates that it is normal for girls to participate in these organized fights, then he would outdo himself. „

Friends of Rasic’s son among the arrested

Rasic also confirmed for KoSSev that young men from both groups were arrested on Monday.

„Four guys who were defending themselves, who were trying to defend my son, were then arrested.“

„I expected much, much more from such a spiritual man“

The abbot of the Visoki Decani monastery, Sava Janjic, who condemned the attack on Nenad Rasic’s son on Monday, reacted again yesterday, revealing that he had learned from „verified information“ of the Kosovo police and „informed“ international sources that „no lynching“ took place in Laplje Selo on Monday, but that it was a conflict between „two groups of politically opposed young men.“

Janjic also accused Nenad Rasic of „organizing a spin with Albanian politicians about the alleged lynching for political reasons“.

He expressed regret for being „personally deceived by this spin“ – which „shows how young people are exposed to the political games of irresponsible people who are involved in politics because of the struggle for power and greed, and not out of concern for the Serbian people“.

Janjic underlined that he did not share these allegations the aim of supporting „this or that group,“ because “as the Church, we remain the guardian of the spiritual unity of all Serbs for whose survival we are fighting.”

Even though the KoSSev portal journalist repeatedly told Rasic that the abbot of the Visoki Decani monastery, Sava Janjic, presented these allegations in a Facebook post, Rasic initially expressed doubt that these were his words and refused to comment on them.

However, after reading the statement of the abbot of Visoki Decani in the media during the conversation, he briefly said:

„If this is true, although I doubt it is, I can tell you that it is unfortunate that he thinks I would create a spin, practically using my son as a victim. I expected much, much more from such a spiritual man, that is all I have to say.“

A fight broke out in front of the school in Laplje Selo on Monday, in which several people were injured, including Nenad Rasic’s son.

Pristina officials described the event as an attack on Rasic’s son and connected it with Belgrade and Srpska Lista. Some opposition representatives in Kosovo Serb communities and central Serbia did the same.

On the other hand, Rasic said that the investigation should provide answers. He said that he expects a „super professional investigation,“ but he also testified on several occasions about his son’s beating. He underlined that Nikola is a good child, calm and well-mannered. According to Rasic, Nikola did not cause the fight, as he was attacked. Rasic shared doubts about the political background, not necessarily of the fight itself, but the climate that preceded it, in which he was branded a traitor by the President of Serbia and Srpska Lista.

SL and the Serbian state leadership, including the President of Serbia, denied these allegations, stating that it was an organized fight between two groups of young men.

The President of Serbia also commented on the fight in Laplje Selo in the presence of the Serbian Patriarch Porfirije yesterday, specifically, he commented on the fact that the abbot of Decani, Sava Janjic, along with the parents of the arrested young men, confirmed the claim that the fight was scheduled.

The commander of the police station in Gracanica, Bratislav Trajkovic confirmed for KoSSev that the fight was previously agreed upon.

Vucic: Concentrated EU-US pressure on Serbia regarding Kosovo is to be expected, the domination of Srpska Lista

Belgrade-ordered beating or an organized fight between high school students?

Vucic on the fight in Laplje Selo: We have all the information, two groups of young men organized the fight 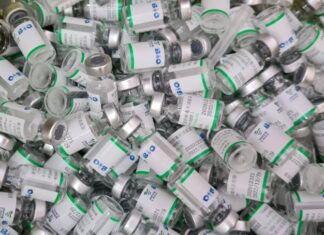