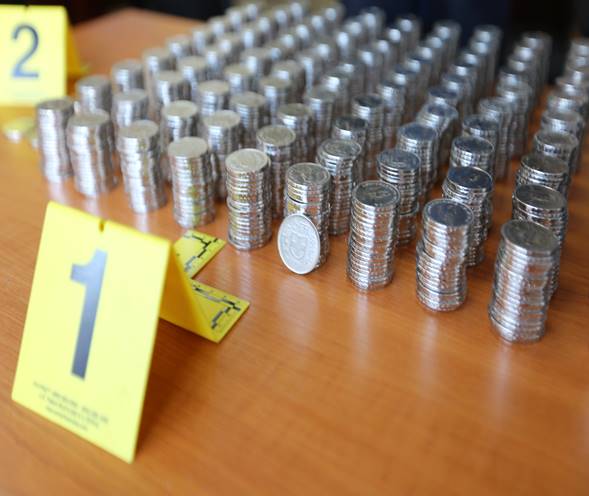 Suspects R.S., А.С., U.B. and M.F., who were driving in a vehicle with local license plates, were pulled over by the police on the Pristina – Urosevac road.

The money, which is suspected of being counterfeit, was confiscated by the police.
By the order of the Basic Court judge during preliminary proceedings in Pristina, four locations were searched and two guns were found.

By the decision of the public prosecutor of the Basic Court in Pristina, the suspects will be detained for 48h.