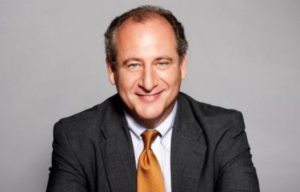 Below is an interview that David L. Phillips, Director of the Program on Peace-Building and Rights at Columbia University’s Institute for the Study of Human Rights gave to Deutsche Welle.

Serbian President Aleksandar Vucic wants talks on the exchange of territories between Kosovo and Serbia, while Kosovo President Hashim Thaci talks about border corrections. Is this a new strategy for improving the Kosovo – Serbia dialogue?

The territories north of the River Ibar in Kosovo have been taken by force and with ethnic cleansing. The Kosovo Government has made this clear in its position. It will not take part in talks to legalize Serbia’s taking over of these territories. The status of Albanian territories in Presevo and other parts of Serbia is the only one that will be included in the border correction process.

The United Nations support dialogue between Pristina and Belgrade on the matter.

The United Nations support the EU-facilitated dialogue between Kosovo and Serbia. The dialogue was created to negotiate measures that need to be undertaken to build trust and address technical issues which lead to Kosovo’s recognition with its current borders. Serbia has so far delayed solutions. The United Nations does not create countries. The ethnic division would end Kosovo’s existence as a multiethnic society. Many people have lost their lives over the principle of pluralism. We should not give up on it.

What is the US going to do?

The United States will support the position of the Kosovo Government after Kosovars discuss the issues and reach an agreement. Washington is not encouraging ethnic division.

Wolfgang Petritsch is referring to the new ideas as “new realism in the Balkans”.

“New realism” means sticking to the European rules. Chapter 35 makes it clear that Serbia will not become a member of the European Union without normalizing relations with Kosovo. Realism means implementing the decisions of the European Commission and EU member states.

What is the European Union going to do?

The European Union must continue to support the Kosovo–Serbia dialogue. But dialogue cannot go on forever. A date should be set to conclude talks by the end of Mogherini’s mandate in May 2019.

In your policy report published in September 2017, you recommend a new beginning for Kosovo. What does this mean?

A new beginning means a new architecture and greater mediation. The United States must join the table of talks. The US and EU should appoint a special envoy for dialogue and encourage both sides to make compromises. The Vienna format has proved efficient in the past. It should be restored.