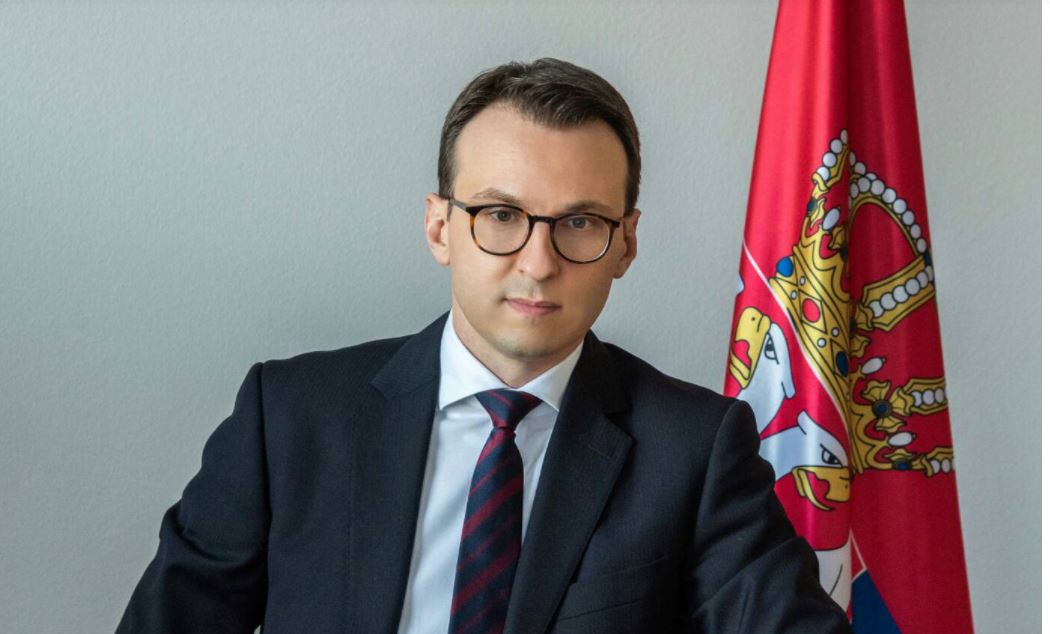 „Through repeated threats of introducing some kind of reciprocity toward official Belgrade, Albin Kurti is directly destroying the dialogue, as well as everything that was agreed in the agreements and openly moving in the direction of trying to destabilize the situation on the ground,“ the head of the Kosovo Office, Petar Petkovic, said shortly after the Kosovo prime minister’s speech in the Kosovo Assembly.

The Kosovo government „has not yet given up on establishing reciprocity with Serbia,“ Kurti said today at a session of the Kosovo Assembly on the occasion of the 100th day of the current Kosovan government, which is currently underway. We are handling this issue carefully because we do not want it to fail, says the Kosovo Prime Minister.

The so-called reciprocity is actually a euphemism for issuing new economic barriers to which Serbs in Kosovo and Belgrade were exposed while the anti-civilization 100% tariffs were in force, Petkovic recalled.

At the same session of the Kosovo Assembly in Pristina, which is underway, Kosovo Minister of Health, Arben Vitia, announced that a thousand COVID-19 test kits donated by Serbia to Kosovo in April last year will be destroyed soon.

“The test kits will be treated like all expired drugs. They will be destroyed as soon as possible,“ the Health Minister said in response to a question from PDK MP Bekim Haxhiu on what happened to the thousand test kits that were donated by Serbia.

„Such irresponsible statements represent the continuation of his open obstruction of the dialogue and officials from Brussels, while the latest message that Pristina will burn the COVID-19 test kits donated by Belgrade speaks of how deep the hatred toward official Belgrade actually is,“ Petkovic stated.

At the same time, this Serbian official accused Kurti of a „bestial attack“ on the „Open Balkan“ initiative, saying that the Kosovan Prime Minister „is once again showing his political short-sightedness and how much he remains stuck in the past.“

The head of the LVV parliamentary group, Mimoza Kusari-Lila, said that the Open Balkan aims to build Serbia’s superiority. She furthermore claimed that Serbia has always abused and mistreated other peoples.

At today’s session of the Assembly of Kosovo, Kusari-Lila emphasized that comparing the mini-Schengen with the European Union is incorrect and misleading, noting that Vucic repackaged the idea of ​​the mini-Schengen through the new name Open Balkan.

„For all those who are attempting to justify the idea at the core of which is ​​Serbia – which denies its citizens the right to live in that country only because they are Albanians, the same Serbia that constantly violates and hinders Kosovo’s subjectivity internationally, and the same Serbia that buys weapons and drones from Russia, denies genocide in Bosnia and Herzegovina and Kosovo, which is immediately and strangely believed to nurture the idea of ​​an open Balkan, a common idea,“ said Kusari-Lila.

It is obvious that any innovative political idea linked to Belgrade is falling on deaf ears in Pristina, and that the only policy that Pristina pursues is sheer hatred, threats, and blackmail, Petkovic said in response.

„Unfortunately, enslaved by the backward policies that take the region back decades, Kurti inflicts significant damage on all peoples living in Kosovo who need economic progress and prosperity, fighting COVID-19 and other challenges, and not the destruction of test kits, insults, and threats.“

„That is why it would be better for Kurti to dedicate himself to the implementation of the agreements reached so far, especially to the formation of the Association of Serb-majority Municipalities, instead of announcing unilateral moves that directly destroy the dialogue,“ Petar Petkovic concluded.